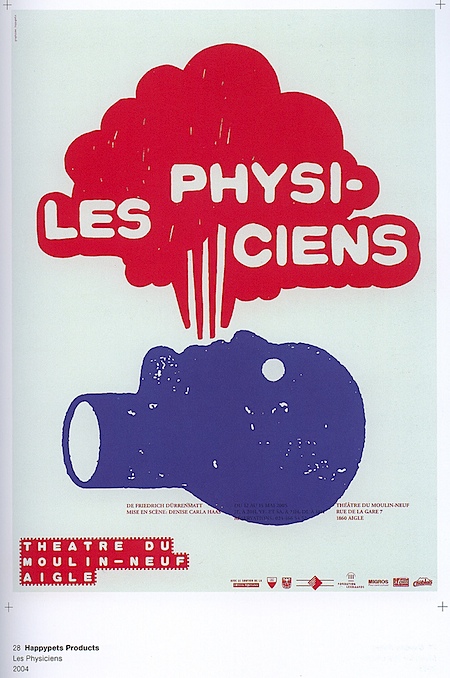 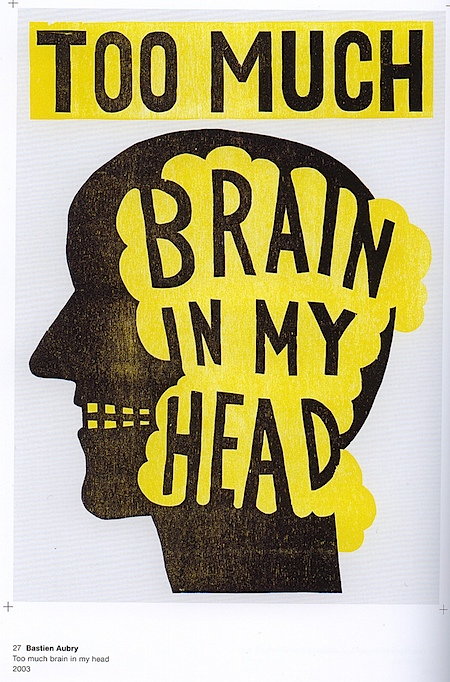 Foncercolor has a very nice collection of book scans at their Flickr page featuring some quality disembodied-head-action by the likes of Happypets Products and Bastien Aubry.

Via This Isn’t Happiness

Blog contributor Forrest sent in these Mexican stamps his girlfriend found at an antiques store. They all look to be 60’s era and at some point were laminated and turned into a bookmark. The Mexico 68 example is the standout, of course. I think it’s interesting that Lance Wyman’s name is mentioned right there on the stamp, pretty nice touch and great typography. Thanks Forrest! 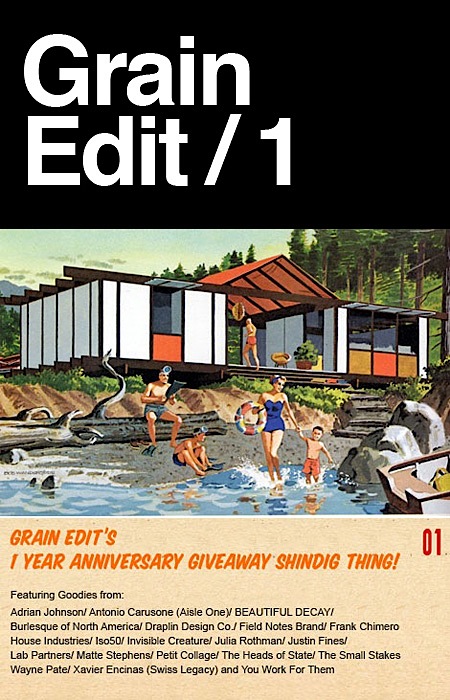 Grain Edit (one of my favorite blogs) has turned 1! To celebrate, they’re having a giveaway with all sorts of prizes including a chance to win 2 ISO50 posters. So head on over and enter to win: GrainEdit 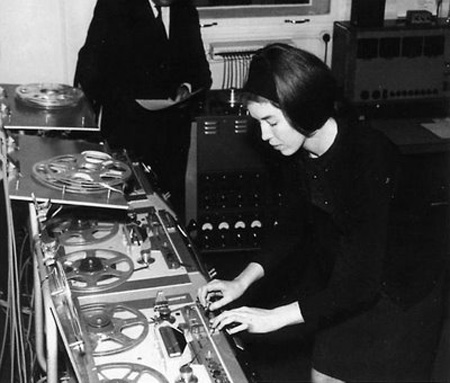 I was going to save this for Halloween but its October and i couldn’t wait.

Delia Derbyshire’s “Dreams” was made in collaboration with Barry Bermange (who originally recorded the narrations). Bermange put together The Dreams (1964), a collage of people describing their dreams. It was set by Delia into a background of pure electronic sound. “Dreams” is a collection of spliced/reassembled interviews with people describing their dreams, particularly recurring elements. The program of sounds and voices is an attempt to re-create in five movements some sensations of dreaming: running away, falling, landscape, underwater, and colour. 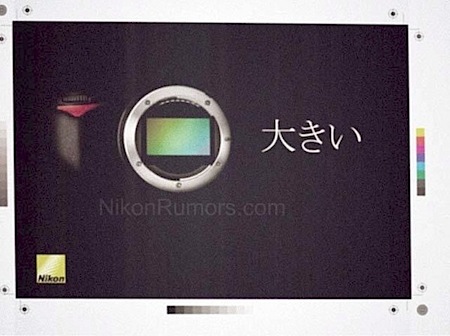 Just in case you’re in the market for a new DSLR and all of the recent announcements weren’t enough for you, this supposedly leaked ad from Nikon Japan just hit the web. The word “Big” appears next to a shadowy DSLR body, perhaps insinuating an impending compact, full-frame Nikon on the horizon. Here’s to hoping this potential model bridges the rather large chasm between the D90 and the D700 and maybe even throws in some of that HD video lacking from the D700 for good measure. 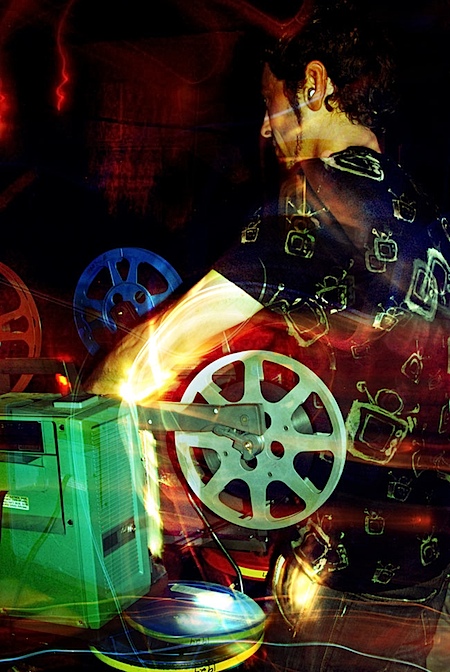 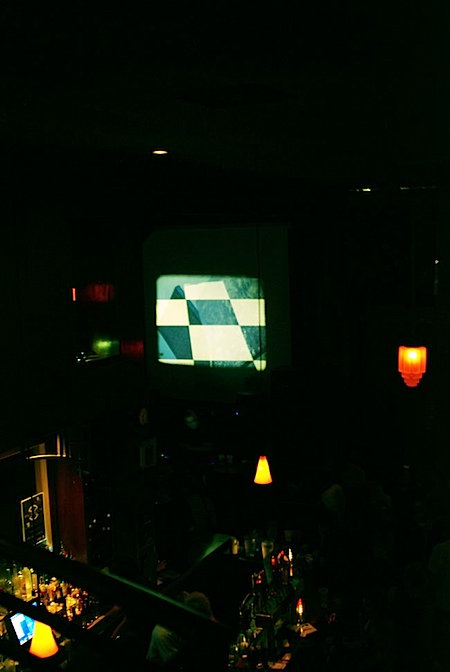 Lusine went on after my set in Seattle last Saturday and he had some amazing visuals going on during the show (his set was incredible by the way). I went upstairs to check out the source of the amazing imagery and found the guy you see above, Scott Sunn AKA Tracer Visuals, literally DJ’ing a pair of 8mm reel to reel projectors. He was winding the reels and alternately covering the lenses with his hands to produce effects and transitions. It was pretty amazing to behold; I’ve never even heard of this concept much less seen it in action. I was lucky enough to be able to talk to Scott after the set and what I learned about his method and sources was even more incredible than watching him work. Apparently he had access to a job site where a school district building was being demolished. The building being demo’ed housed a library of vintage reel-to-reel educational films and he was able to take away six truckloads of film, his truck bottoming out on a couple of the runs. I can’t even begin to imagine how exciting this would be. I think it would rank up there with finding a couple suitcases full of money buried in the woods. He now uses these films in his VJ sets and the results are amazing.

I was too busy enjoying the set to get many good shots of the action, but you can see a few rather blurry stills above and a video from another show below. The top image is, of course, the man himself at work. For the photography geeks out there, it’s a multiple exposure set with a fill flash and slow shutter speed to capture some motion after the initial exposure. I snagged it with the D80 which ended up performing rather well that night given the low light conditions present at the venue. Might have to rethink that upgrade…

You can find more info on Tracer Visuals at his site or his Myspace page. He apparently also worked on the Radiohead tour. Below is a video of Scott VJ’ing a Lusine show back in April of this year. Forrest, I’d have to imagine your head has nearly exploded at this point. Time to hit the swap meet. 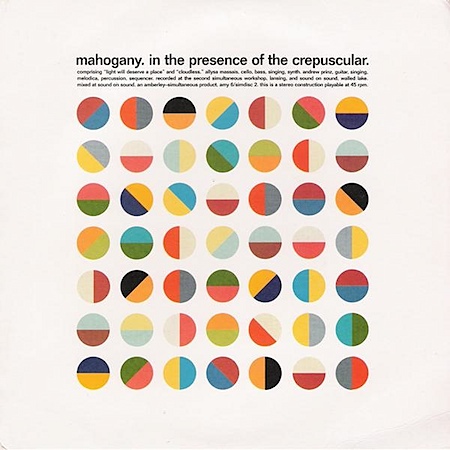 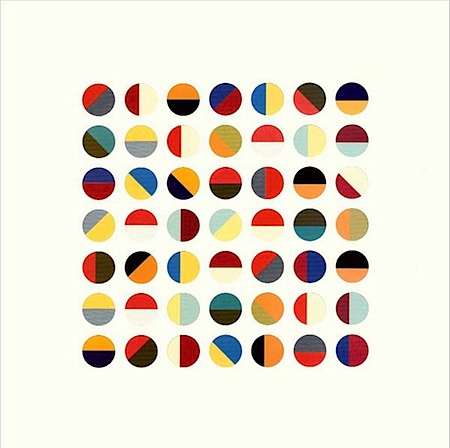 Found these beautiful LP covers (1999 and 2000 respectively) on Mahogany’s MySpace page. You may remember Mahogany from a couple of my previous music posts, here and here. I’ve always loved the artwork for Mahogany’s releases and these early examples are no exception. 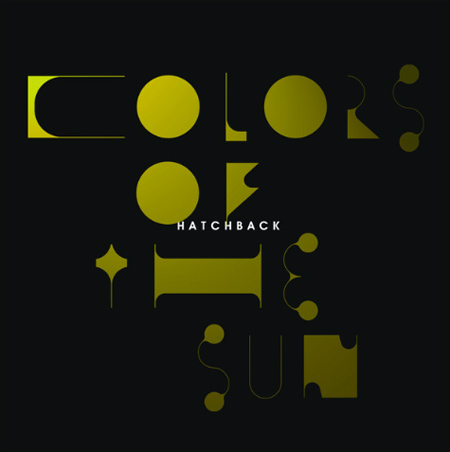 Your soon to be favorite replacement for any downtempo/lounge music is here. As Thievery Corporation grow distant with their outdated world music people need something fresh and need to wipe their hands clean of their 2001-2002 lounge playlists. Hatchback and Sorcerer offer up some of most lovely composed albums which are at a slower tempo and are filled with lush sounds for outdoor beer gardens or creative workspaces. I can only take so much “Lebanese Blonde”, “insert latest Hotel Coste compilation track”, and “Surfing on a Rocket” while I walk thru some local overprice small plate wine bar and walk out. Let this slow motion disco grow and support it, i promise it won’t disappoint. (please note i’m definitely not comparing this music to downtempo/lounge, i think of it as a replacement for that genre)