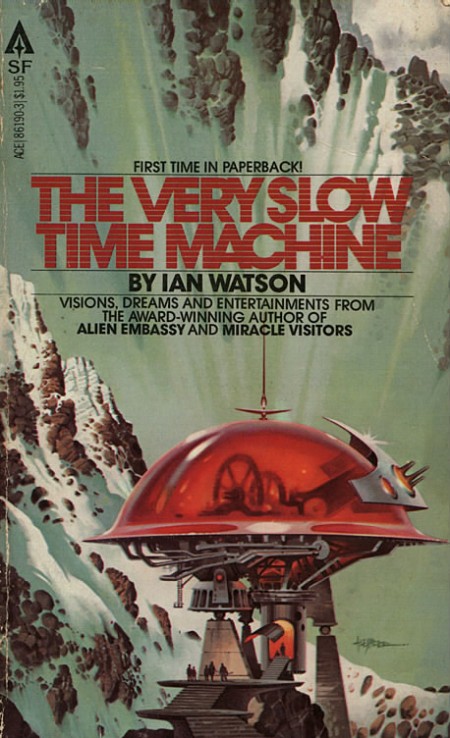 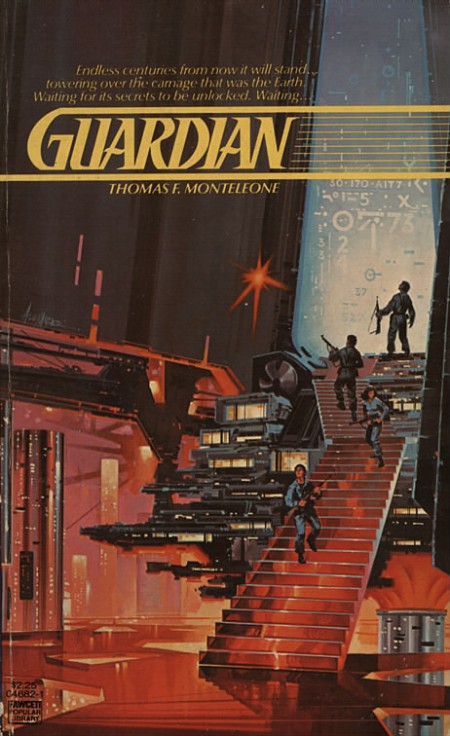 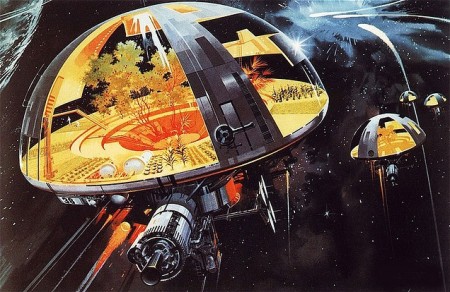 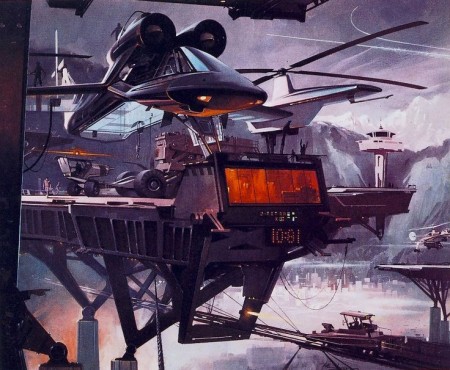 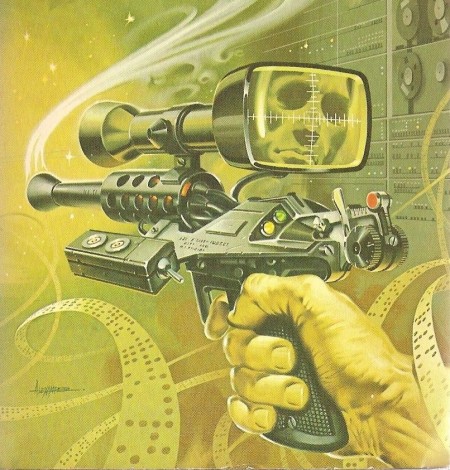 This week I decided to do a feature on Paul Alexander. He got his start working with architecture firms and advertising agencies, he then signed up with a New York City artists rep which got him on the radar with publisher ACE Books around 1977. ACE along with a number of other publishers for various books and magazines kept him very busy over the next two decades. He is very well known for his mechanical style and Vincent Di Fate called him “one of the top “gadget” artists currently working in the American paperback market”.

I really love illustration on that Guardian cover. I’m not a huge fan of most 80s sci-fi book covers but this one was released so early on in the 80s that it still feels like it isn’t too far gone. If you dig into some of his later stuff you will see what I mean about the heavy 80s style, I am talking raised lettering book titles with full mirror gloss finish. His early work really does differ from his later work, not so much in actual subject matter or quality but the style change is really evident. It’s clear throughout all his work he was an absolute master at the technical and mechanical elements.

Awesome, the sense of scale in these is incredible.

I can see why they call him da gadget master.

not a mega gun nut or anything, but i find that last image with the blaster very exciting. all those settings and the projected scope, looks fancy!

Wow, in the second pic, I can see where the creators of Halo 3 got their inspiration for the of the ending scene of the “Ark control room” level.

Amazing! In the third pic firing of spaceships and all fighting scene is exciting & in the back blasts look awesome!