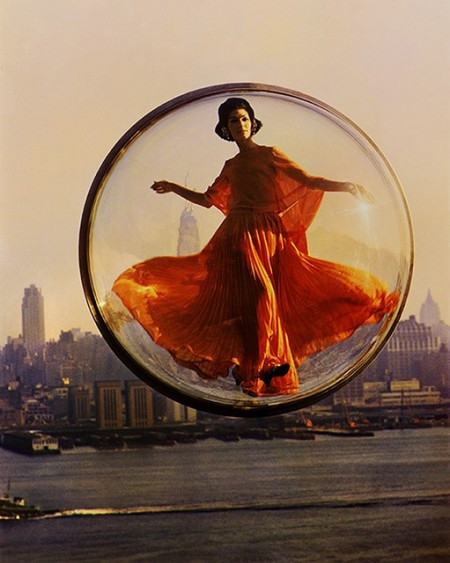 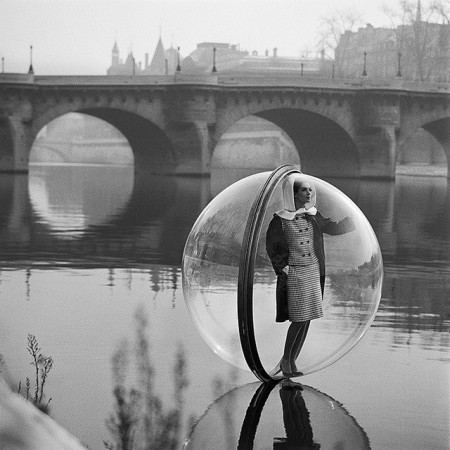 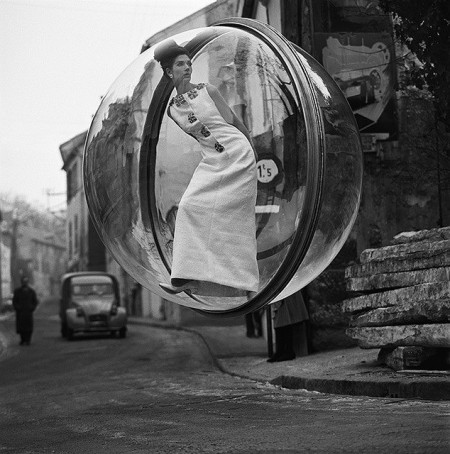 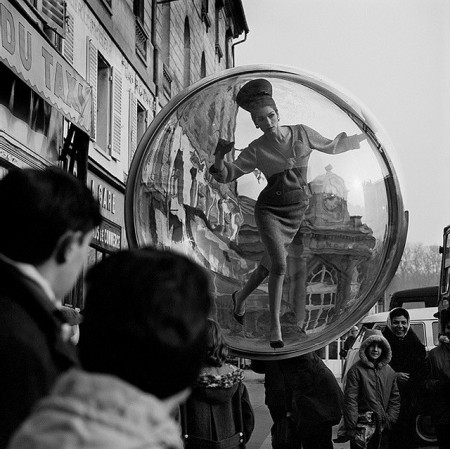 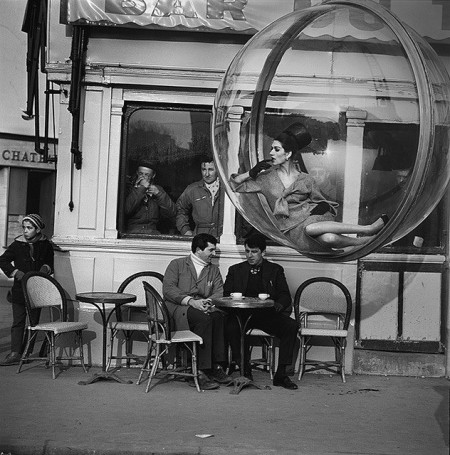 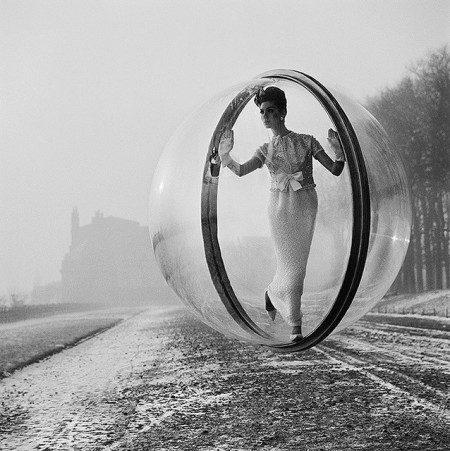 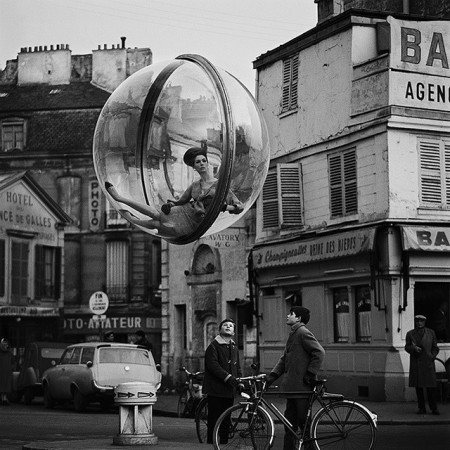 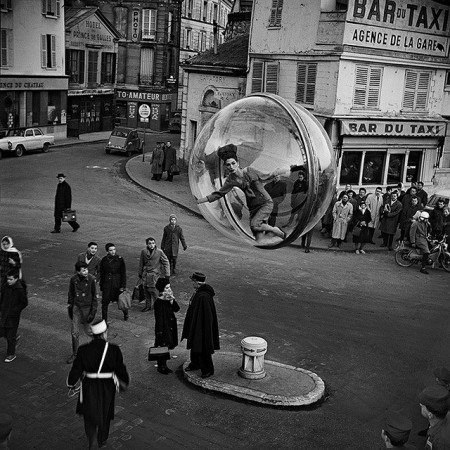 Haunted by a particular image from Hieronymous Bosch’s ‘The Garden of Delights,’ Sokolsky experienced a re-occurring dream in which he saw himself floating inside a bubble across exotic landscapes. Inspired, he quickly used the idea for the series. The Bubble was crafted to emulate a Faberge Egg, for which Sokolsky had great admiration for its design and workmanship.

Complicated and unrealistic at first, he was able to realize his dream. Sokolsky commented:

“With the awareness that I was prone to live in my own head much of the time, and inclined to severe self-criticism, I began to have doubts whether I could create images on film that reflected the images in my mind’s eye.”

The Bubble was produced in ten days of Plexiglass and aircraft aluminum for the hinged rings. After a successful test run, Sokolsky was off to Paris to shoot the Spring Collections for Harper’s Bazaar. The challenge was to position a telescopic crane at each location from which the Bubble would be suspended. Using his favorite model at the time, Simone d’Aillencourt, she would get into the Bubble that was suspended a few feet off the ground, (hinged at the top like a Faberge Egg) so that it could easily swing open for entry. After being locked in safely and able to breathe due to the space between the hemispheres; the Bubble was raised into the final position. Sokolsky describes one particular event:

“There were times when this choreographed dance turned into a Laurel and Hardy comedy. The morning we shot on the Seine, the Bubble was lowered overzealously into the water, flooding it up to Simone’s ankles, and in turn ruining an important pair of designer shoes.”

Turning out to be an amazing adventure for him, Sokolsky was praised and congratulated for his unconventional yet triumphant work. He had ignited the world of fashion photography with his innovative style.

very cool. refreshing and surreal. No computer tricks. Definitely a sense of displacement in each of the photos, but the textures keep it grounded in reality, that even though its impossible to believe such a thing could exist, here we are looking at it. The looks on the bystanders faces says they are equally as puzzled as the viewer might be, but they aren’t afraid of it. Rather, they are intrigued and even a little amazed.

i think this is a unique work.
very interesting.

anyone else notice the crane in the reflection of the 6th bubble?