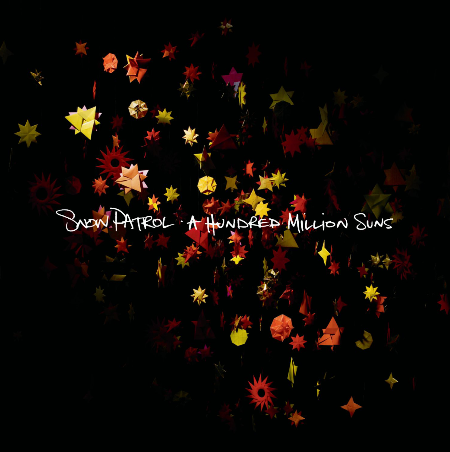 Snow Patrol are talented musicians but have always been in between the cracks of being not indie enough for the Scandinavian’s and too poppy for the indie sound in the States. I’m hoping with this new record they have nailed down the sound that can take them where they want to be. This track off their new album is really enjoyable, reminds me of an upbeat Jose Gonzalez song with catchy stomps and handclaps. That cover is pretty spot on if you don’t count the overused font, I saw it on the street and had to share it with you guys because what i love about is the craft, I’d like to see more designers create something and photograph it once in a while when it comes down to simpler ideas like this.
I saw Low Motion Disco earlier this year DJ in some basement in Manhattan with a few DFA DJ’s, he was really good and dropped some deep cuts but he was djing with a Pacemaker which is this gross iPhone/PSP looking DJ gadget that makes the DJ look even more of a dope which I hate saying but it’s true and us dj’s don’t need anymore things like these especially when you see them thumbin’ thru mp3’s and dancing with it in hand.
The Dead Texan is half of Stars of the Lid on the adored Kranky label, i’ve been saving this song to put on a mix but had to leak and share a favorite of mine with all you since I think it’s a great Monday song.
The Outrunners are pretty much 80’s synth driving music and if you listen to a lot of the posts I put up here you’ll notice i’m a fan of that sound. It’s pretty repetitive which isn’t a bad thing and makes you want to get ready for the big game against the undefeated champions while your the underdog from a small town but has the heart of a true champion.

The Dead Texan – When I See Scissors, I Cannot Help But Think Of You

The Outrunners – Blazing Speed & Neon Lights With You

I’m in love with this new Snow Patrol album. It’s infected my iTunes library at work, at home and even in my iPod in my car.

I think they’ve really mastered their sound with this album. But I’m still a huge fan of their previous albums.

yeah, i was a fan of the old album that had the 2 person stencil on it, it was a really strong cover and a pretty good listen too

Everything I’ve heard from Snow Patrol, I’ve liked.
This song is kinda fantastic.

I’m with Kyle. I liked the last Snow Patrol album a lot too, but there’s something about this one that is even tighter, start to finish.

Scott, you must get this a lot, but where do you find all that flawless, high-res album art?

snow patrol wreck my head. not in an attempt to be one of those ‘liking before they were popular people’ but, considering i’m Irish and they used to do the circuit around here a lot before they were famous, I though they were a genuinely good band, enjoyed their music. sound changed in about 2001….too much romatic drama movie type for me!

That Outrunners track is so good. Everything that Valerie puts out is gold.