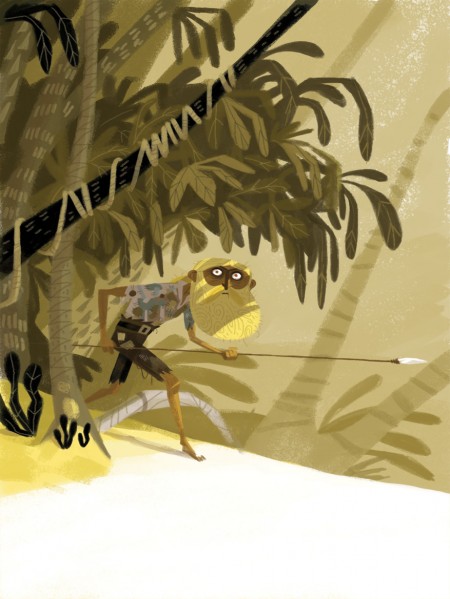 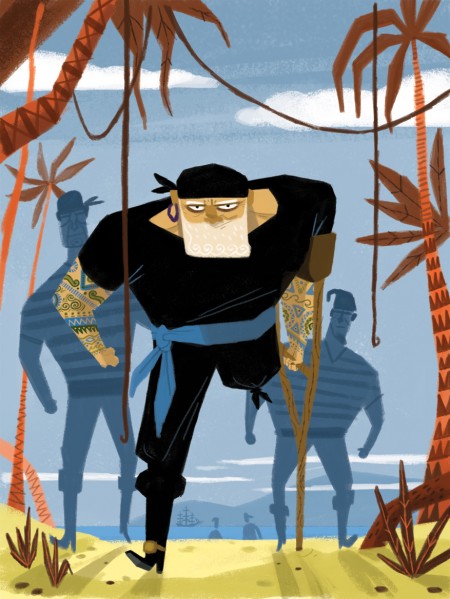 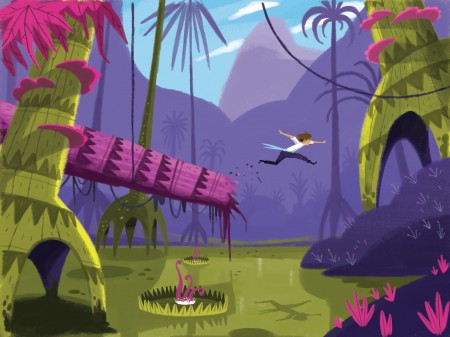 J: What inspiration did you look at when defining the type of experiences you wanted to create with your app?

T: Technology changes but storytelling doesn’t. We look more at great storytellers for inspiration than app developers. As far as experience goes we want to create books where you forget about the device. You get sucked in and live it. One thing we decided with illustrations was not to over-animate them. Books have always been about imagination. We don’t want to replace that by giving everything away. There is a strategy about what is brought to life and what isn’t. Then their imagination fills in the rest. It’s all about that engagement.

J: Some aspects of picture books don’t translate perfectly to these devices. What do you see are the most important differences in designing for digital vs. print, and how did you address these issues with Treasure Island?

T: I think the only thing that really doesn’t translate is the feel of materials. With print you can feel a difference in papers, covers and printing. All digital devices feel the same because it’s just glass on top of an image. So any texture you use is only there to set the mood. 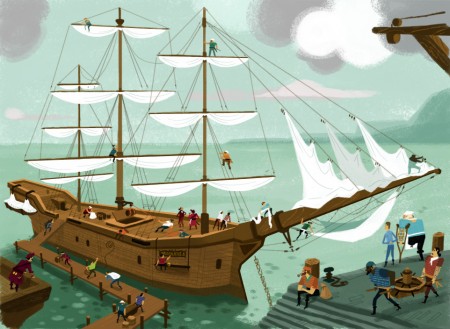 Treasure Island is a very old story so we wanted the book to feel nostalgic. Some textures helped establish that to a degree but it was important to us not to get too wrapped up in those details and focus more on UI. You’d be surprised how quickly those details are forgotten once you’re using the book. If done well, I think you gain from UI much more than you lose from picture books.

J: Can you walk us through the process of creating a digital spread?

The first thing we did was think of it as a slide. Because the book isn’t bound it shouldn’t have a gutter and two page numbers. You also don’t need to turn a page by flipping it. There are however old layout techniques that still apply. For a book as large Treasure Island (34 chapters) a two column layout is still the most comfortable way to read. If the text stretched across the page it would be easy to loose your place, and would be very intimidating to read.

The other challenge was creating a menu interface that could be there when you need it and out of the way when you don’t. This was how we came up with the bookmark menu. Each book presents its own set of challenges so each one will be different. 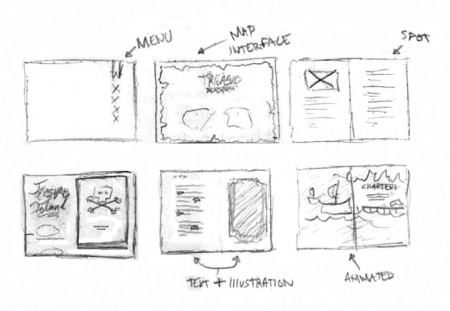 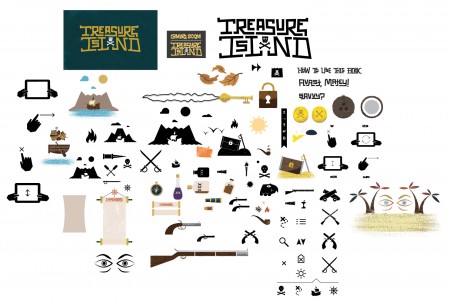 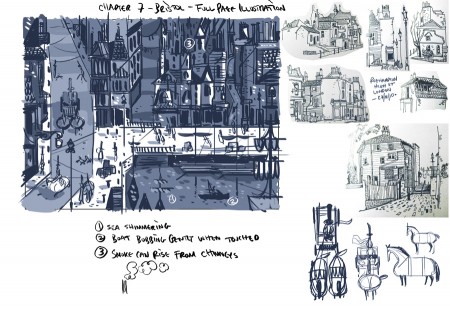 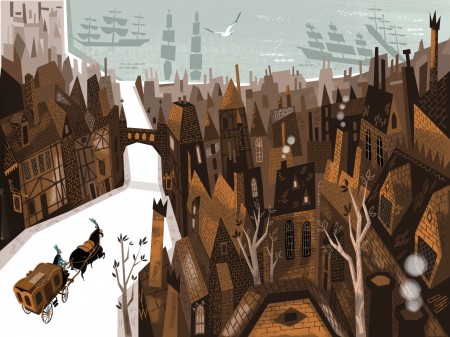 J: How has the response for the project been?

T: So far it’s been wonderful! We’ve been getting lots of support from everywhere and it’s just driving us to push ourselves even further with our next titles.

J: Now that Treasure Island has been released, what is Space Dog Books working on for the future?

T: Our next book is an original title we created called The Uproar! We’re working with Don Clark of Invisible Creature for all the art and we couldn’t be more thrilled with what he’s done so far! And of course we have a few more titles in the works that I can’t talk about yet. 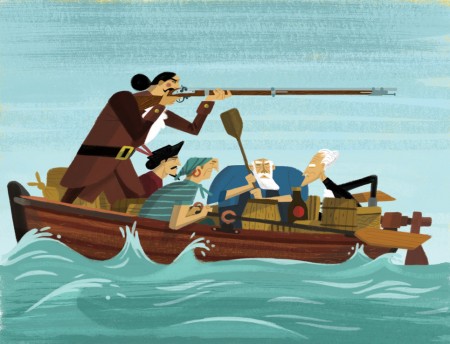 Thanks Tymn! You can keep up with Space Dog Books here. A special thank you as well to Matthew Cruickshank for the beautiful illustrations. Be sure to check out his blog for more fantastic behind-the-scenes artwork.

I was given a drawing tablet for xmas and am tempted to try my hand at some illustration/animation.

Great work! Keep it up!

Thanks for the post Jon! You guys are the best!

Curious what software they are using to translate the design/illustration to the iPad.