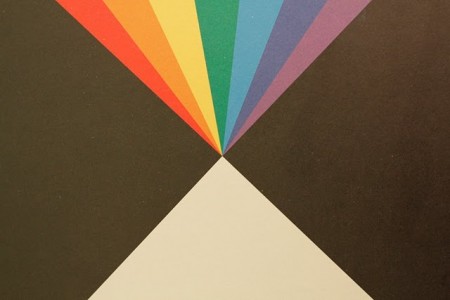 For all the early 80s PBS watchers take a second and download 2 FREE EP’s from Jacob 2-2. I was introduced to David via Com Truise, the guy is really nice and super talented with his synth work, Communicore is the music that should be played on that one show How Was It Made on Discovery Channel.

What is there to say about My Life In The Bush Of Ghosts that hasn’t been already said? my favorite track off that album has to be Mea Culpa. Those drums with that deep vox and then that hypnotic effected guitar with the howl?? pssssssshh untouchable.

“VHS hooks” thats my 2 word review of Midnight Television, pick this track up here, so much good emotion from a track that’s less than 2 minutes.

Gang Gang Dance might be one of the best live shows i’ve seen in years, Mindkilla is the first single from their new album Eye Contact. I don’t know if you remember the Drawing Restraint 9 but the singer probably does since he’s definitely borrowing from Bjork at times but that doesn’t matter, no one right now is bringing such creative high energy music that is this easy to get into.

dude, MLITBOG is some seminal shit. you know a record is bad ass when it’s cited by the bomb squad as an influence.

Thanks for the refreshing selection and the Jacob 2-2 link!

Jacob 2-2 would make an awesome soundtrack to How It`s Made!

Good recommendations, Gang Gang Dance’s vocalist, in that song anyway, is a girl not a guy.
Not that it matters that much, the music still speaks for itself :)