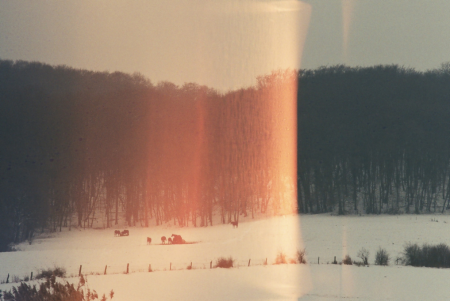 I wanted to share some underrated influencers to a lot of the music that I post on the blog, for more of the slow disco The Alan Parsons Project has to be something that people like Pilooski, Mark E, Lindstrom, Low Motion Disco listened to when they were kids. Mu-ziq is probably more relavent than Aphex Twin now to most of the young kids that are in love with Dubstep since he runs the Planet Mu label but Lunatic Harness should be a classic that sits next to Boards Of Canada: Music Has The Right To Children. Baby Ford has been all over the place in his career style wise when it comes to techno but never really gets the love I think he deserves, thats why he’s on this list. Souls of Mischief isn’t underrated but when was the last time you put this on?

Still looking for the photo credit, will link soon.

omg track 4 is such a strong reminder of how rap could be good and even genius back in the days….

ahh 93 till infinity, a straight classic. One of my favorite rap songs ever, such a great vibe to the song.

Hey Jakub did you see the hubbub about the strongest evidence yet for a new BoC album? http://www.twoism.org/forum/viewtopic.php?t=7862

The picture is mine!
What a surprise to find it here :)

Really feeling the Baby Food track and a rap throwback is always nice!

Great to hear Souls of Mischief this AM. Prompted me to track down my fave SoM song, Shooting Stars:
http://www.youtube.com/watch?v=v3Zaa-2euRM

93tilinfinity is SUCH a classic. it’s hard to find a record with more than 3 killer tracks on an entire album, that record has maybe 2 or 3 tunes that AREN’T killer.

i like older uziq personally, althought that track is nice. i just find paradinas focused waaaay too much on the micro-programming his peers were obsessed with at the time and i think his output suffered. looking back it really dates that period of electronic music in my opinion.

@INES lovely, can you give me your info so I can link your beautiful photo :)

Thank you for that Mu-Ziq gem! It’s been a while. Listening to it now I can totally see the influence he must have on dubstep music.

love souls of mischief, and would actually say they were very underrated… stealth bombin is a track worth tracking down as well.

great call on that Souls of Mischief. Reminds me why I love screen printing :P

That Baby Ford is about the most chill thing I have heard in a long time. I just want to loop it all night and see what type of floating dreams I might have!

Last time Mammagamma was posted I got obsessed with APP for about 6 months. Love that track.

love for baby ford?! nice. agreed, after oooh…things get deep.

The Mu-ziq track doesn’t even hold a candle to aphex twin in my opinion. Much less refined and generally messy. Especially compared to anything off of Drukqs.