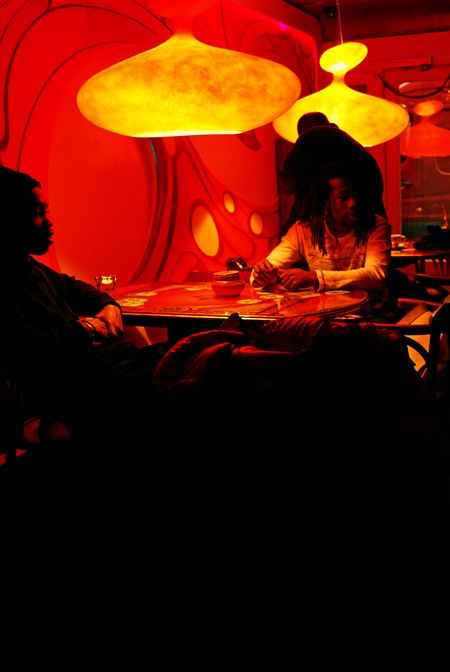 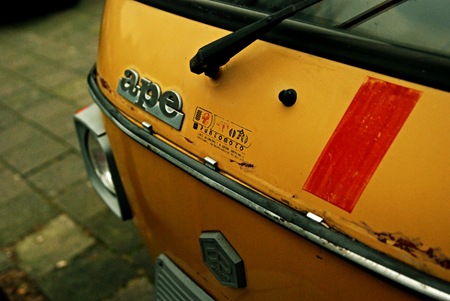 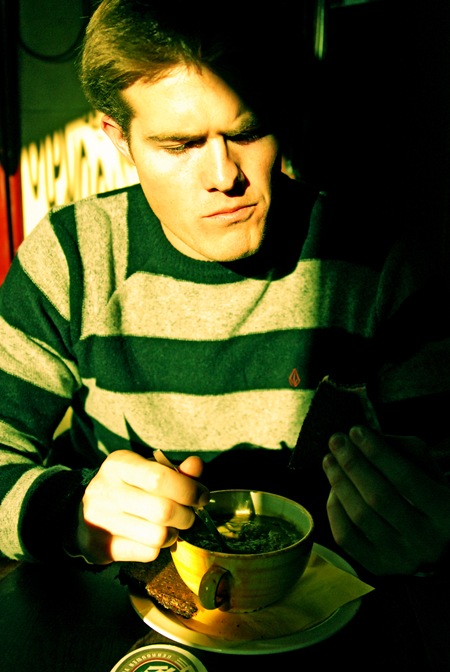 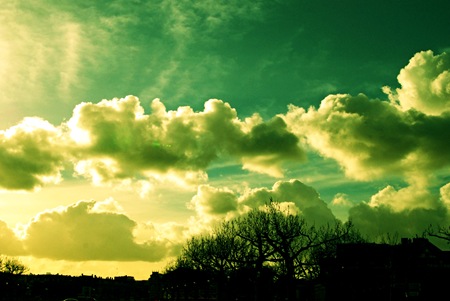 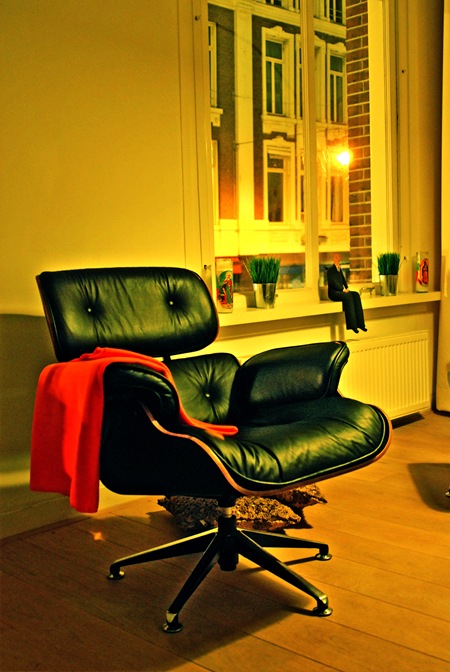 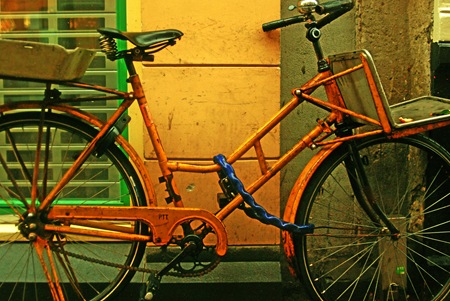 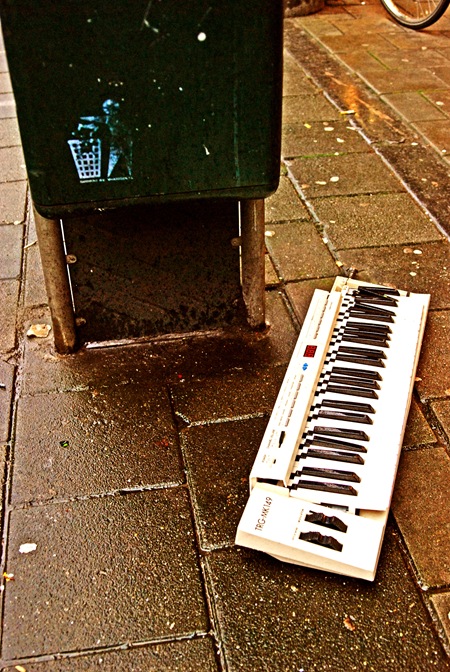 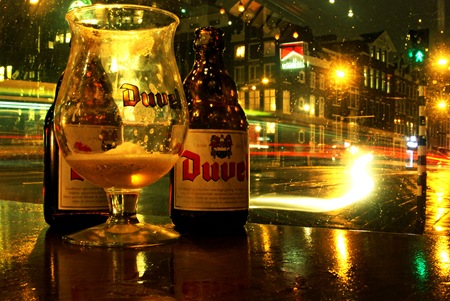 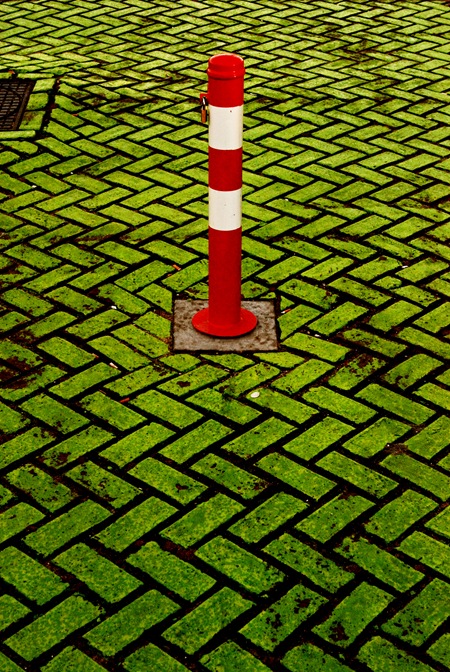 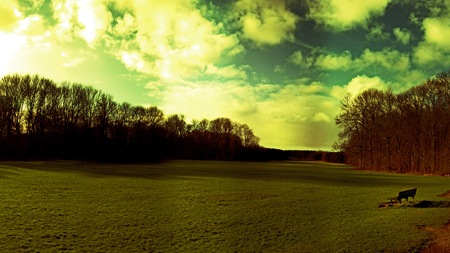 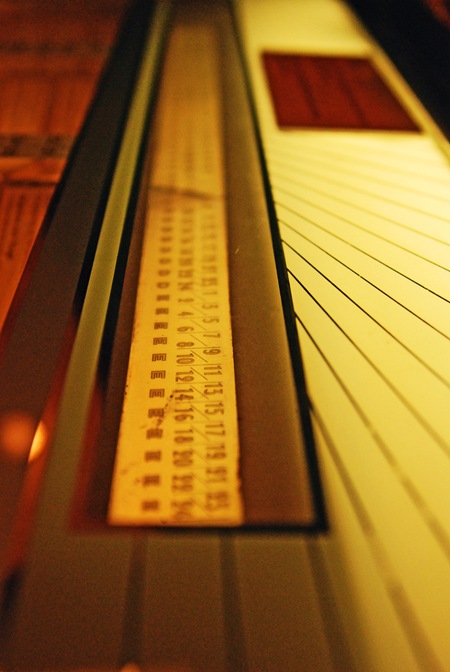 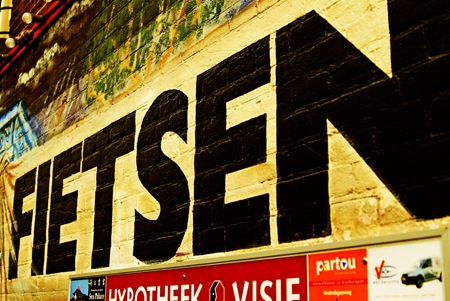 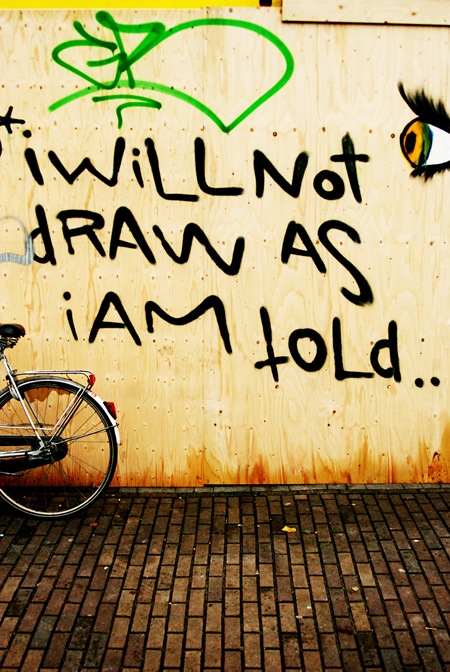 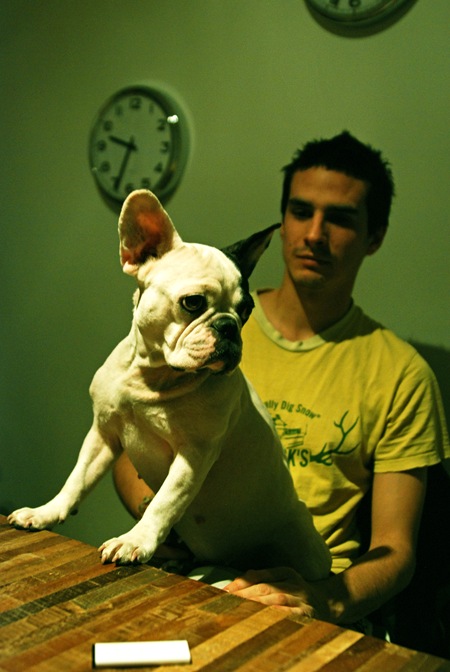 Amsterdam is really an incredible place. Unfortunately it rained a lot this time around so I didn’t get as many shots as I had hoped.  I wanted to make up for when I was there last year; my Lomo broke down and I dropped and broke my Nikon digital in Spain so I came home with only one roll of usable film. The sun did come out on the last day when we rode out to the Amsterdamse Bos and visited Museum Plein so not all was lost.  The clouds there are something else, like a painting.  I have to admit, I am not quite as inspired but the scenery there as I was by the things I saw in Asia, but that’s probably due to how similar in appearance and feeling Amsterdam is to San Francisco. The last shot is of my friend and fellow designer / photographer Jorge Calleja and was taken by my brother Dane. That’s also Jorge’s Eames chair up top.

I am writing this from my hotel room in Prague where it’s a bit overcast but otherwise dry and a lot warmer than I had expected, looking forward to getting some good shots here. I’ll be preparing a post on Sweden as time permits.

mhmhmh, I love the pics and I love Duvel beer and I love Prague,..so, have fun there. :D

Even though having bad weather sucks while on vacation. I’ve found that you can get really interesting photos when you force yourself to take pictures during inclement weather.

great photos. does anyone know what the typeface of “Ape” is on the car in the 2nd photo?

it sucks to hear that you dropped your nikon. :\ the pics are beautiful like always. aside from your lomo do you shoot in film? and how do you process them yourself?

There must be parts of Amsterdam that are really nice, I guess my perception of it is a little of.. : / It looks great. It would be neat to see or hear anything you shoot in film (within the next week or so i really want to pick up a Holga or Diana and start expirementing)

Scott, do you know the Scott Hansen Islands in Russia ? :D

Alan-
yes, there certainly are many, many beautiful things to see in Amsterdam. Before I went there for the first time I had a somewhat negative perception of what the city was all about. yes, there is a red light, and yes there are many many coffee shops (the preferred euphemism for a weed shop in amsterdam) but this is a very very small part of the big picture there. I am sure some people go there seeking out that experience, but it is by means the only option. Both the Rijks Museum (which houses several Rembrandts) and the Van Gough museum are in Amsterdam along with countless others. throw in a massive helping of natural beauty and the fact that the city is over 600 years old and has canals running through everywhere and you start to get the real picture.

Kappu-
no, never heard of them!

these are so amazing… wow.
and your brother is really cute! :)

The first one is the best:) (But those photos from Japan oh- they were amazing) So at last… you are in Prague. Well I have been there like 1000 times because big part of my family lives there and it takes only 1 hour for me to get there… I always hated the city (full of tourists you know ;-)). But I really wonder what photos will you make there because well… you make great unconventional photos of not really ordinary things. It’s a pity we won’t meet but I would be a poor guide:-). Anyway have a nice time in Prague.

You so need to post a tutorial on how to take those beautiful pictures. The tones are just gorgeous :) Really hope you are posting it.

Great photos, Check out Český Krumlov if you get a chance to venture a few hours outside of prague. It really is an amazing experience to see a medievel castle on the river that has never endured the scars of war. Try some honey wine while your there and medieval meat and potatoes cuisine while your there. Some photos from my own trip to Český Krumlov http://berlin.fireintheattic.net/photos/

Thank you so much for posting the Eames lounge chair!

This is random but I have that same Duvel glass at my apartment. Didn’t even know it was a beer until I saw your post.

Yo Scott, its your ole pal from fair oaks. Really diggin your travel post and its lighten a serious fire for me to get out myself. I’d really like to see some of your pre processed pictures. Maybe like a before and after.

i’m with wayne… the photo of the Eames Lounge is awesome. so in love with that piece of furniture

Hi, the ape font could be Sahara Bodoni or a Bodoni black or extra black :)

you should see the sky here in Ushuaia, Tierra del Fuego. I’ll bet you never see such thing…

i love ur work. Ur desings and ur photos .. and the effects u put on them, but i think that’s secundary, because i love ur photos for the persepective, for ur point of view, simple things.. i like that.

kisses and keep doing what u do, because ur great at it!

hey , thanx for having that good taste and flavor ,
really nice pics , is almost like beeing there ,
; )