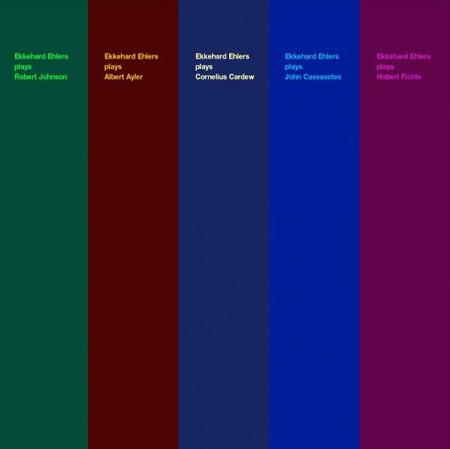 Well composed ambient music with dynamics always brings a smile to my face no matter how sad people think the song might be. I want to start from bottom to top on this post since this Pub song “Lunch” is the most listened to song on my iTunes with just over 100 plays and clocking in at under 17 minutes long. I don’t know much about Pub, i’ve emailed him a couple times telling him I was a big fan years ago but I think he just keeps to himself I guess which is fine. I’ve honestly never heard anything else like this song, he makes this sound that fluctuates thru the song that feels like your standing in a clear huge air tunnel with the sun just beating down on you thru the glass and you stand there taking on a clean 30 MPH wind with your eyes closed. If you want more by him I’ve posted another alias of his months ago where he went under the name Lucky & Easy.
I went to the label Mush to check to see if Bibio was releasing anything anytime soon and behold there it was, a new LP. They had one song to sample and it couldn’t be more beautiful, a bit short but i’ll take whatever I can get my hands on. Very similar to his sound on his last 2 albums but thats what I want from him; lo-fi folk songs that bring me back to daydreaming about Polish mountain sides, collecting rocks, and thinking about how crayons we’re made.
My friend Danny turned me onto The Innocence Mission when I was getting my first listen in on Sufjan Steven’s Come on Feel the Illinoise! album. The song “John Wayne Gacy Jr.” came on and he ran upstairs and yelled “what’s this rip off artists name?” He thought the songs sounded the same, I still to this day don’t hear it. I guess he was just very protective of The Innocence Mission.
All this time I thought I already posted this Ekkehard Ehlers song but haven’t instead I was actually going to post Yo La Tengo – Autumn Sweater but i’ve already done that, damn. This song just completely satisfies my ambient sweet tooth by offering up some of the richest layers of drone you’ll ever hear. Each time I listen to this song I find a new section to magnify and listen to over and over.
As Autumn is rolling thru I have to throw my ring in with the first winter themed song by French musician Domotic, the beginning really captures that frigid winter night snowshoeing by yourself and wondering why on earth anyone would do this for fun.

The Innocence Mission – The Lakes Of Canada

Karen Peris of The Innocence Mission has a beautiful voice…

This Pub track is great…nice n long, provides excellent, consistent background music. Great visualization of listening to the song too– that rippling noise throughout the song feels like aerodynamic particles bouncing off the listener as they stand in the wind tunnel.

And that Domotic song kind of reminds me of that Delia Derbyshire you posted a while back. I really hope it’s a white winter on the east coast this yr, I’m so sick of shitty rain and gloom all season without at least a little bit of snow.

Pub makes me think of the god old days listening to ”the orb’ and ‘Future sound of london’. Noice playing as I prepare the last 50 wooden block letters I’m making….unfortunately going to take longer than 17 minutes though, so get busy finding something else for me to listen to! ;)

Haha i’m lookin i’m lookin! just so you know Scott is working on a player for us for the blog to just sit and listen to the music we’ve uploaded that way i’ll never need to open up my iTunes ever again.

Is that who it is? i love it thanks for the info

Love the Ekkehard Ehlers track. Reminds me of some of the classics from Biosphere, David Helping, Steve Roach and others. Check BLUEMARS’ Crysleep radio for some great chill music–http://www.bluemars.org/cryosleep.php

yea, the new bibio record and ep have been listed for quite some time. i’m getting a little antsy waiting for it. now that it’s winter though, i’m hoping it’s released late spring…some music just shouldn’t be released during the depressing months of the year.

Jakub – you can find a great video of Sufjan Stevens covering “The Lakes of Canada” at http://www.blogotheque.net/article.php3?id_article=3128. I agree that the songs are similar but I don’t see the rip-off argument. Enjoy.

i don’t think the second track is ekkehard ehlers, mislabeled perhaps? who is it? i like it.

where did you find Domotic’s “Smith, Klaus & White”? i can’t seem to find it anywhere, and i’m in love with it.

It looks like the Domotic track is on a comp:
http://www.discogs.com/release/1176548

Where could I find the “Pub – Lunch” Song? not on itunes…under a different alias?

Domotic song is cool. Wish a beat would kick in at 1.53