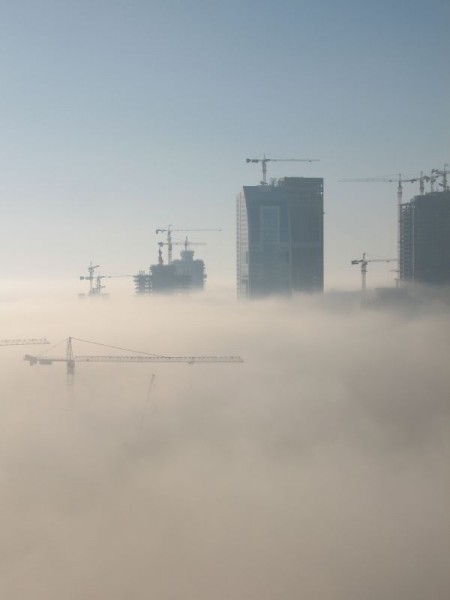 One of the nicest/friendliest musicians i’ve ever met in my life has to be Teen Daze, his happiness just rubs off on you, you could be at a trendy bar just acting cool ya know maybe leaning against a wall in a dark corner trying to watch a band play and you end up talking to Teen Daze and 5 minutes later you’re skipping along like a Gummi Bear to the bar getting yourself a Dr. Pepper. The music is great and all and you know that but I just wanted you to know if you ever see the guy he’ll be soo kind to you.

I’ve probably looped this song by Au Palais 20+ times in the past 72 hours, it was suggested to me by Rami who co-runs Pop Gun Booking(they book the Glassland shows in Brooklyn). This song in particular stays with me, its rides that catchy end of when M83 writes something slower and foggy while also channeling a more melodic Zola Jesus.

Sometimes I don’t want the Forma song i’m listening to to end so i’ve found a solution, download and listen to this 24+ minute live radio session, its completely satisfied that craving.

I’m a fan of Deerhunter and an even bigger fan of Atlas Sound so automatically i’ll listen to their bandmate Lotus Plaza(again). What i’m realizing after listening to the new album is that these guys are the best bet for a noisy rock band to get in the pop world. I mean ambient aware/wall of sound controlling noise which I think might be the most beautiful sound and thinking about it actually getting to a mom’s sirius radio and her liking it bends my mind but not too much, but if anyone is going to do it it’s going to be these guys.

Teen Daze is a great guy! We chatted about our respective live/in studio setups and I learned a lot from watching him play live. Fun stuff.

everything i need to know in the world gets posted to this blog and i love it. <3 ISO50 my morning paper.

@regan that made my week

Love that Teen Daze song. I can’t get enough of that guy, and it’s all great gym/running music as well! Had some nice jogs along Lake Michigan to his stuff.

All great tracks. I feel I should thank you for that Au Palais one especially! Perfect music for this time of year.

Fantastic set of tracks. Thanks.