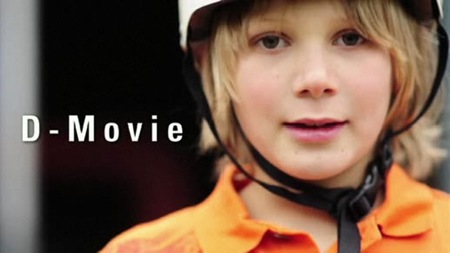 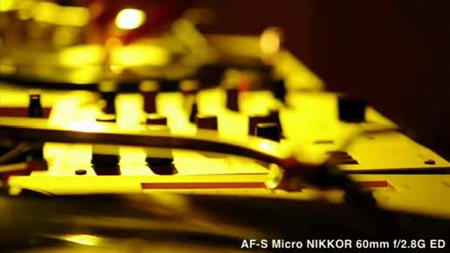 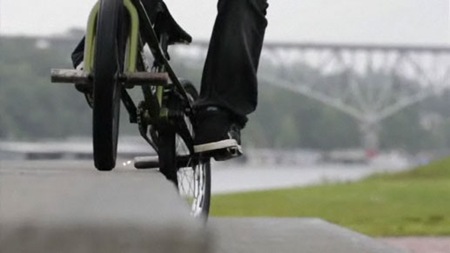 They’re nice, but apparently, you can only shoot in 720p for up to 5 minutes (up to 20 in lower resolution, though)

Yes, up to 5 minutes, but unless you are shooting an event that cannot be interrupted (such as a wedding, maybe), you won’t be taking 5 minute long shots anyway. I don’t really think the limitation is that much of an issue.

jerry-
agreed. the main reason I want a video camera is not to capture personal stuff or events (everyone else brings their lame camcorders with 800hrs. of tape to do that). I want something that I can capture footage for visuals / motion pieces with. For this, I really can’t forsee needing more than 3 or so minutes.

this just makes me wonder what insane device we will be recording our images… or video on in the near future. 5-7 years down the road who knows?

Thanks for putting this up, Scott.
This is really some sort of dream come true. It’s just great to have a photo camera and a decent video camera in one device. Cause the video option in most compact camera’s isn’t really worth it.

I think this would be a good investment, instead of buying the D700. You can spend your remaining money on some decent lenses & flashes. The body isn’t everything.

I’m 99% there on this camera. I love everything about it but fear not having an option for autofocus may be a little frustrating at times where second takes aren’t possible.

Scott. If you think you’ll use the D-Movie feature… buy it. That’s a huge feature to get past, and the D90 is plenty of SLR. I’ve been through this pro and prosumer debate before. The only reason I found to go for the pro gear is the FX sensor. Unless you happen to be a pro and need the speed/durability. Use your extra cash on some nice glass instead. You won’t regret it.

They look good and I like the fact that the actual video is recorded using the ubiquitous MJPEG codec, it’s a frame based codec (much like DV) so you won’t need big hardware to edit it.

What leaves me a bitter aftertaste is: looking at these video I can clearly see the automatic exposure going up and down a lot like shooting videos with a Nokia mobile phone.

I really hope that Nikon has introduced an AE lock option for shooting videos, otherwise everything is going to look crispy and HD for sure, but very amateur-ish.

Scott, nice to see just how many videos Chase filmed with the D-Movie! Way cool to see that there was more!

What kind of shots are you planning to take with your DSLR? There are only a small handful of lenses I would murder to get my hands on that Nikon provides. Other than that, the sharpness and clarity are lacking in the majority of their lower end lenses. I do like that fact that it is compatible with pretty much all Nikon lenses (as opposed to the D60 and D40/D40x), so you can go with any off-brand lens and be satisfied. But, if you’re wanting to take high-resolution, professional photos you’re better off going with a higher end camera such as the D700. That puppy is made for pros and the full frame sensor is the sex. Unfortunately, the big drawback for me as far as Nikon goes is the fact that Nikon only manufactures accessories twice a year, making it nearly impossible to find specific accessories that one may need in a pinch.

I understand the convenience of being able to shoot video along with still shots. It relieves the user of having to carry too much stuff around. However, I’m a bit paranoid that quality may suffer along the way when erring on the side of convenience. I dunno, I’m just going to need to read more about it as more information and reviews are released.

grace-
for sure, I have adopted more of a wait and see attitude to gear purchases in recent years. I used to just jump on the latest and greatest… that has it’s benefits (for instance, getting on board early, you actually use the thing for a while before the next gen comes out and makes you feel like you need to upgrade again) but still, I think it’s best to let everyone else beta test it for you.

Also, some of the features in the “upgraded” cameras aren’t even worth it. The Sony Alpha series and the newer Canons have the “self cleaning sensor”. Basically, all it does is jiggle your sensor to get off any loose dust. Something that can easily be rectified by just using a rocket blower. In my opinion, that’s just something extraneous that has a higher chance of malfunctioning later. That’s why I have no qualms about the new “upgraded” 5D coming out next year. (Yes, *horrified gasp* I am a Canon shooter. Please, don’t hurt me.) Though it would be awesome to have (the rumored) 17 megapixels on that full frame sensor, it’s really not updating so much that I feel tempted to drop another 3 grand.

Wow that WAS a great tidbit of info!
(I am THIS close to purchasing a RED scarlet cam when they “hopefully” come out this winter)
All these super high-resolution video and still cams though are gonna be a nightmare to edit with even if I had a 2560×1600 res monitor.

Manuele De Lisio-
That’s not autofocus hunting, it’s a poorly executed rack focus by the user. The video feature does not operate in autofocus mode.

The picture is awesome. I love the fact that it’s on a camera because you get the depth of field associated with film lenses. Plus they’re interchangeable and you don’t have to pay 4 grand to enter. Unfortunately I’m a Canon man, but this is making me want it. For a little over a grand I could have the HD camera in a quality much higher than I could afford before. I really want an HVX-200 but this is quite a bit cheaper!

I will say one thing that I love about Nikon, unlike Canon, they’ve kept their lens mount the same so that you don’t need to find some aged adapter which messes with the optics of the lenses. You can use a vast array of lenses. With Canon, you need to either find the adapter or have two sets of lenses. I guess I shouldn’t complain, I only have one FD and two EOS lenses. :)

Joe Clay –
…Autofocus? I was talking about Automatic Exposure… you can clearly see the exposure going up and down depending on what’s in the scene.

Only manual focusing is allowed in D-Movie mode, so focusing accuracy depends on the owner’s skills.

Scott. I totally agree with. The D90 combines everything I would need. No need to take long shots > 5 min., brilliant(!) quality with proper lenses and audio recorded on an proper recording device if needed.
Pumping exposure as seen on the videos from Chase is not a problem as it can be fixed (they just forgot about that when shooting) and yes: I have tried it myself on the real D90 on a presentation! I am sold… ;)

BTW: I am a guy from Germany and been following your work for years now. Keep on doing what you do! You are great! ;)

ups. “I totally agree with YOU” and “HAVE been following”. Sorry for that.

has anyone tried this yet? i’ve been using nikon for years and currently use the d200 as my “out of studio” camera. i’ve used the d70s a little and really don’t care for it that much and am curious how much of an upgrade the d90 is on that more base unit. i found the d70 to be almost unbearable after years on a more proficient camera. the appeal of short DOF for video is pretty sweet, and i’d definitely like to see how this works and would welcome anyone’s comments on their use of it.

also, has anyone seen a repository for lenses that work with it?