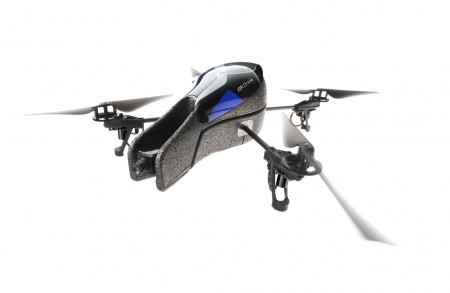 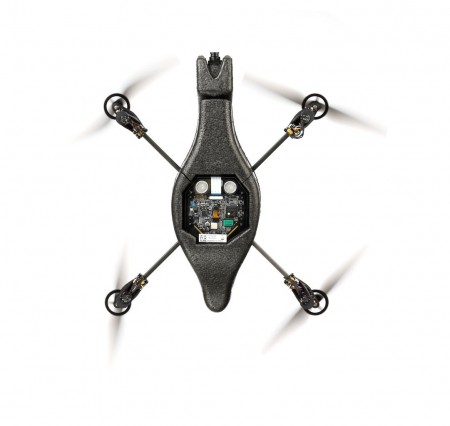 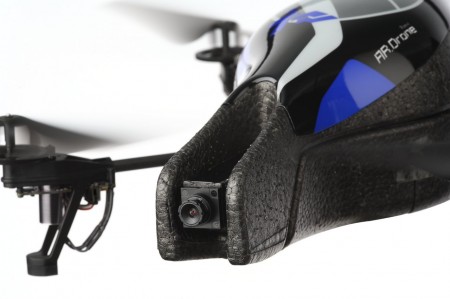 I know this falls a little outside the normal scope of this blog but it’s Friday and this was too good to pass up. The Parrot ARDrone is being billed as the “First iPhone-Controlled Quadricopter Drone”. There’s no need to go much further than that for me, but add a camera to the helicopter and camera-view mode to the iPhone and I’m sold. The most amazing part of it all is the craft’s ability to right itself automatically using it’s built-in array of sensors (not to mention the potential for augmented reality applications given the manufacturer’s third-party development scheme) . It’s not out yet — the site says “coming in 2010” — and no word on pricing but I can’t imagine it will be very cheap. I think I’d be willing to splurge on something like this as long as it was cheaper than the iPhone itself. For more info check out this hands-on test of the ARDrone.

While the Quadricopter and it’s iPhone interfacing abilities are pretty incredible, I wish they had made an airplane version (although not sure the WiFi range would be sufficient for that), small R/C helicopters seem like they’re mostly for bothering dogs and tooling around your living room, not really as suited toward outdoor flight as the video suggests. When I worked at BKWLD with Dusty we got a couple of R/C planes and would fly them at lunch in the open spaces of Roseville. I loved those things, I don’t know why but R/C never seems to get old, I think I was about as excited every time I took that thing out as I was the first time I got an R/C car for Christmas. Since I moved to San Francisco I haven’t been using it; I think it’s in a closet somewhere. I bet the batteries are shot but I might get some new ones and take it for a spin at the park this weekend.

I will buy one of these immediately. I challenge anyone to a duel and guarantee my aerial superiority.

So cool. I just watched the video three times.

I wonder how many RC vehicles there really are out there controlled by the iPhone? I suppose the phrase “the first quadricopter remotely controlled by your iPhone” does sound exceptionally nonpareil.

That’s the most amazing gadget-combo I’ve ever seen! I wonder how far you can move from the actual unit, before it disconnects… Also, it would be nice if they worked on noise reduction. I can just image the coolest videos one could cature with this thing! Wow… Just wow…

Hi, YES this gadget is absolutely incredible and a MUST HAVE, too !!! Feel free to join us at Twitter

Plz spread the word and join us…

This thing is awesome! I can’t imagine it will be cheaper than an iPhone though. I’m going to guesstimate it being closer to the $500 – $700 range. Whatever it costs, I want one!

That thing looks like a good way to get into a lot of trouble.

Cnet says it’ll be in the ballpark of $500 for a 15 minute flight on a 1 hour charge. Looks awesome but definitely not in the normal “hey I think I’ll buy that” category.

Droid Doesn’t Do that

By the way – your music has been used on a national TV ad here in Australia… check it out:

This is so bad ass. I agree with you they really need to make an airplane version.

RC’s are a must for anyone waiting on renders! I’ve got a whole fleet of cars/trucks, from a 1/36th micro that’ll run almost 50mph to 1/16th that is, well entirely too fast for the studio!

Gonna snatch up one of these!

Very nice . I am impressed