Archive for the GUI Tag

It’s been such a long time since I posted! This is largely due to the fact that I’ve been head-down on my company’s most recent product, UberConference, for the last few months. UberConference is basically a visual interface for audio conference calling. You can see who’s talking, who’s on the call, and control it completely via the desktop (and soon mobile) UI. We recently won the TechCrunch Disrupt Battlefield competition — you can see our pitch and presentation here.

I haven’t written a process post in a very long time so I wanted to talk a little bit about the UberConference process here. I’ll talk about the UI development as well as the video work. Keep reading to see the rest of the process. You can follow me on Twitter here for more frequent updates. Oh also, for a good time, call (424)-226-3111.

END_OF_DOCUMENT_TOKEN_TO_BE_REPLACED 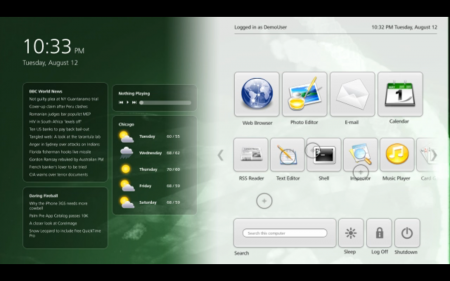 These days there seems to be a never-ending stream of “next-generation” graphical user interfaces being by trotted out by experts. Unfortunately for us, most seem to be fundamentally flawed in some way or another. They’re usually too expensive, ergonomically unsound, or otherwise impractical for whatever reason. I’ve worked with multi-touch systems before and while novel, they never seem to live up to the promise of “mouse-killer”. Sure, Microsoft’s multi-touch tables might make ordering drinks all super futuristic at some point, but no one wants to use Photoshop for 8 hours on a Ms. Pacman table. It seems the humble mouse — that tired paradigm of human-machine interaction we’ve been shackled to for decades — isn’t going down so easily.

There is hope though. Today I saw a video outlining 10/GUI, a new kind of graphical user interface that “aims to bridge this gap by rethinking the desktop to leverage technology in an intuitive and powerful way.” Whether or not it can attain that lofty goal is anyone’s guess. What really struck me about this particular system was the pragmatism exhibited by it’s developers. They’ve mixed in a healthy dose of innovation with tried-and-true familiarity to come up with a very compelling compromise that has me wanting to see more. As a musician and graphic designer I wonder if a system like this could ever address all of my needs, but I suppose I’d have to get my hands on it to really know. The main problem with envisioning the potential success of a new interface like this is that the current software we all use was created for the mouse. It’s easy to dismiss 10/GUI when comparing it to how I am accustomed to interacting with my computer, but if the applications I use were rewritten with an interface like this in mind, who knows how powerful it might be.

At any rate, the video is worth a watch, it’s an exciting proposition and perhaps a glimpse of what’s in store down the road. The actual demo beings around the half-way point. Video

What do you think? When, if ever, will we see any of these next-gen interfaces in our workflow? Finally, if something like this was available now, would you use it? Sound off in the comments 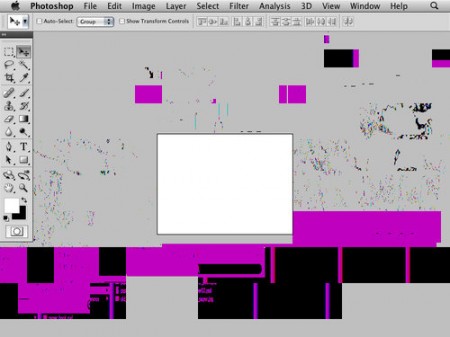