Archive for the backblaze Tag 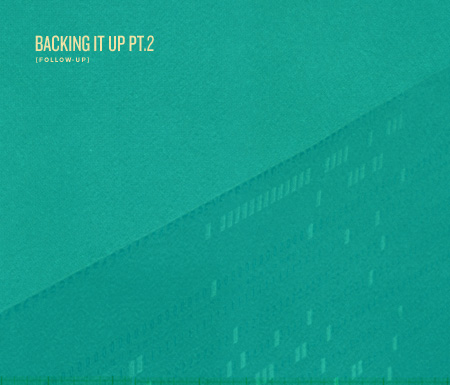 It’s been almost a year now since I wrote my first post on data backup so I thought I’d do a follow-up and detail the backup scheme I ended up going with.

The original scheme was fundamentally flawed in that the off-site backup was still pretty susceptible to loss, damage, or theft and wasn’t truly off-site in the broad geographical sense. I was simply storing it at a house about three blocks away. Given the spacing (or lack thereof) of buildings in San Francisco, a few blocks means very little considering the ever-present threat of earthquake and/or fire.

So with that in mind, and after reading through the comments of the original post, I took Eydryan’s advice and looked into Backblaze. Backblaze is an online backup service for PC and Mac that allows unlimited data storage for $5/month per machine. This seemed a little too good to be true but I gave it a shot anyways. Much to my surprise, the service not only works, it works flawlessly and is about as dead-simple as anyone could ask for. It’s a little oversimplified for my tastes — being a PC user I’m more accustomed to layers-deep menus with infinite settings and options — but it does its job and does it well. 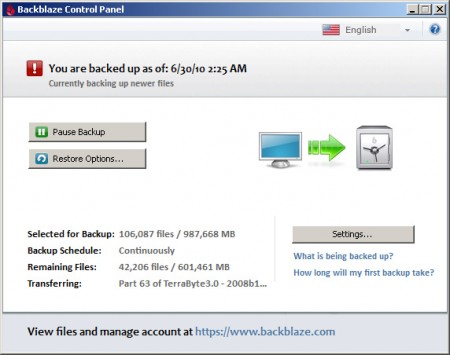 I’ve been on Backblaze for around three weeks now and I’ve pushed up about 400GB of the 987GB total I have set to backup. Obviously the initial backup is pretty slow and depends a lot on your connection speed (I’m on Comcast), but I just allow it to crank away all day in the background and it hasn’t yet interfered much with any of my day to day activities. The internet has been a little sluggish lately while it’s moving everything up for the first time, but it’s a temporary annoyance and well worth it. I suppose I could just run it at night, but I’ve opted to let it go 24/7 to get the initial backup out of the way as soon as possible. I’ll probably be done backing up around the two month mark at which point Backblaze will begin incrementally updating files I’ve changed on my side. All the backups are encrypted so only I can view or access my files, which is a good feeling when you’re posting your life’s work to someone else’s data center.

As for local backup, I’m running an internal mirror drive which I then backup to an external which is still stored off-site. That’s a total of three physical copies of the data to which I have easy access. Backblaze is great for peace of mind in case of catastrophic loss, but when you just screwed up a 3GB PSB and need to go back a version, you really don’t want deal with the downtime involved in pulling it down from a server.

I’ve never felt this confident in terms of data security, the combination of local and online backup is virtually foolproof and gives me the best of both worlds in terms of ease of access and security. It’s actually sort of scary looking back at that first post and realizing how long I lived with the old system, catastrophe was just a careless neighbor away.

How many of you are now using online backup and what services are you using? Let us know in the comments

UPDATE: eydryan has some more info on the subject in the comments