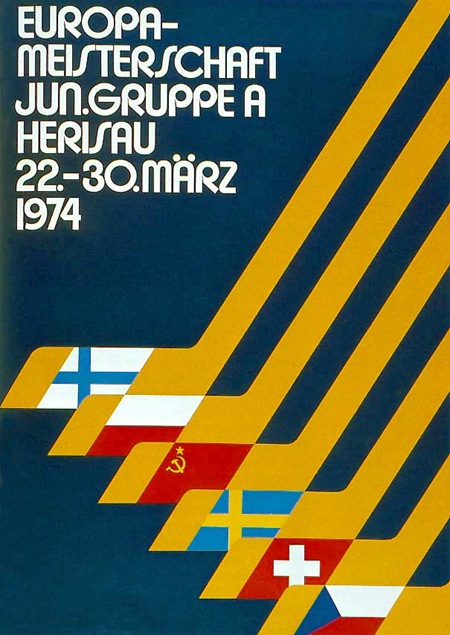 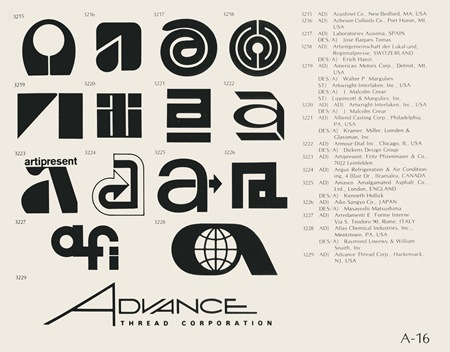 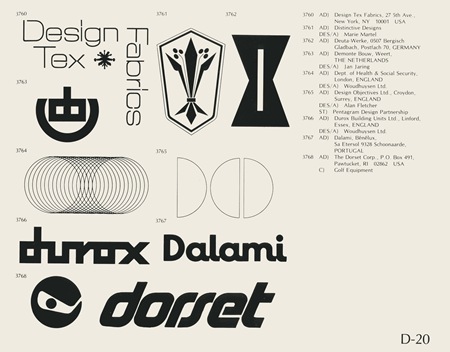 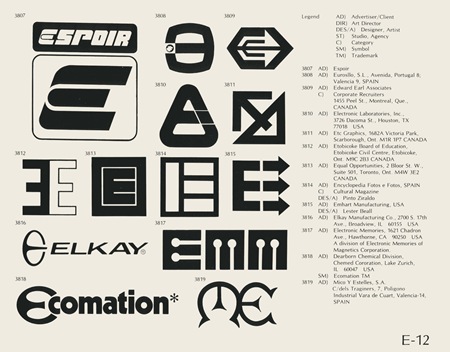 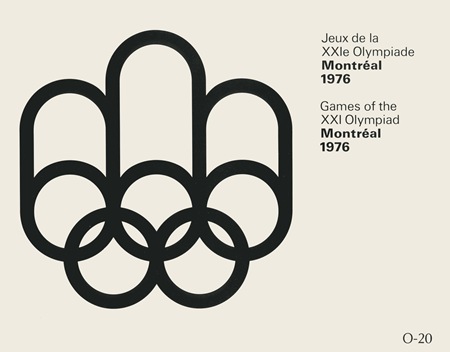 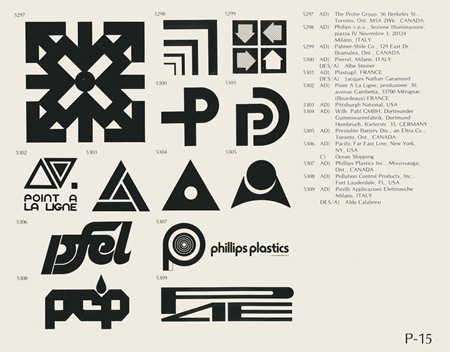 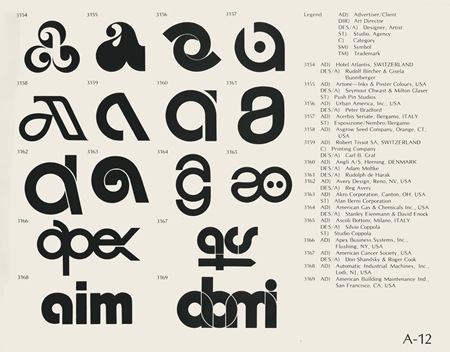 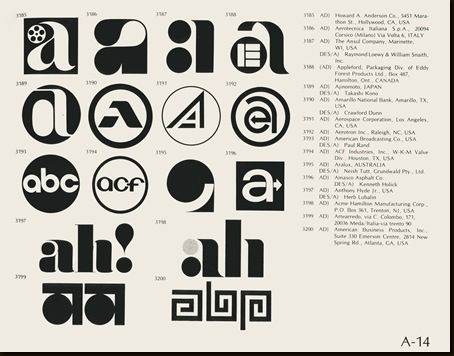 You may remember the World of Logotypes book from this post. Well Eric Carl has graciously posted all of the pages from the book to his flickr. You can also download all the images in a handy Zip file directly from his blog. Thanks Eric, this is an invaluable resource. It would be great to see more people post out of print books; it’s really sad how inaccessible some of these old books have become.

Correction: As Eric pointed out in the comments, this is only about half of the book. 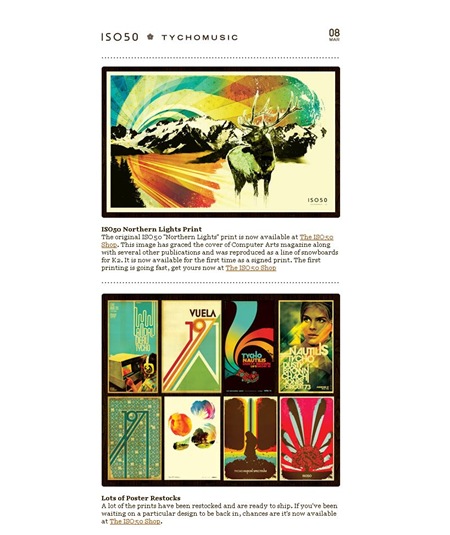 The March edition of the ISO50 Newsletter is out now. Check it out here or subscribe to ISO50 to receive it automatically. 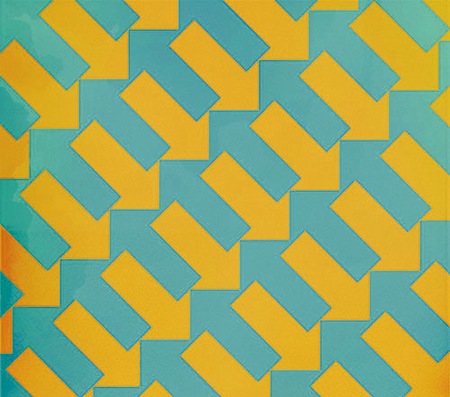 I spent my first couple days designing on a Mac and I must say, I am now an official convert. I got all the keys and mouse behaviors tweaked to emulate the PC way of doing things (I can’t live without my right-click) and it’s finally all become clear. I feel like such a flake, I really had it set in my head that it was all about PCs and didn’t really want to listen to people who told me otherwise. All the Macs I had used in the past were other people’s and hence were set up to their liking. Also, they always just seemed really slow. This thing is really quick; not quite as quick as the PC but I am willing to sacrifice a bit of performance for the user experience and stability I have found in OS X. I know, I know – this is a huge flip-flop from my previous stance but I am completely willing to admit I’ve totally fallen in love with this operating system and I was totally wrong in all of my assumptions about it. I don’t think I will ever be without a PC (at least not for the near future), I still make music on the PC just because all of my projects and sketches are in Sonar or Vegas format which are both PC-only. But I want to start playing around with Logic and see how I like that as an alternative and perhaps make the switch all together over the next year.

I feel like this all came to a head with my disappointment in Windows Vista. I had patiently awaited it’s release thinking it would be the new PC OS that would keep me going for the next 5 years, but in reality it turned out to be a dud on a lot of fronts. Meanwhile it seems that OS X has really matured into something incredible and the switch to Intel only made it that much more enticing. I made it through an entire night of designing without one hiccup or reboot in Photoshop which is very rare. All this time I had been attributing those issues to problems inherent to Photoshop, but apparently they were Windows issues as they have all disappeared. Another big part of this is color management. I have been using the Colorvision Spyder 2 system for a couple years now and it’s just such a headache to keep all the profiles in working order in XP. On the Mac it’s been smooth sailing.

I am not about to talk bad on Windows as I sort of feel like I am abandoning an old friend. It has it’s perks; but as a lot of you have said before, for design Mac just seems to be the way to go. So go ahead, bring on the I-told-you-so’s, I deserve every last one of them. Here’s to a brave new world, sans sleep learning. 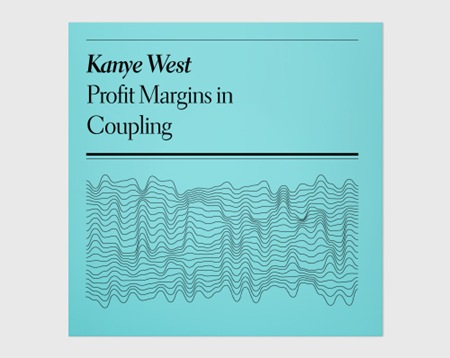 This is f’ing brilliant. Faux-Academic record sleeves by Nikolay Saveliev for Pop Matters. I’ve spent most of my career searching for beauty in design since I’ve neither the mind nor the inclination for conceptual design such as this and seeing an example so well executed always makes me lament that fact. Sort of a minimalist take on the classic Penguin covers. Can’t get over that last one, "The Lactic Euphemism". Wonder if Nikolay wrote the copy as well? And can’t help but be reminded of Joy Division with that Kanye cover.

Thought I’d give the blog an early heads up: A new print called "Northern Lights" will be released tomorrow morning at The ISO50 Shop. You can get it early now, the first printing is only 200 and they’ll go fast once the newsletter comes out tomorrow. Get yours now!

All the Computer Arts readers may remember this was the illustration I did for the cover a couple years back. It also ended up as a line of snowboards for K2. I’ll post some pictures of the various formats it saw life as once I get home tonight.

Seen this piece by Yes Studio around a few times but never had a full size version to post until Paddy Duke sent me this one. Very nice stuff going on here, as Paddy points out these are obviously inspired by the Prisma book covers.

"Artwork created for the UK band. Inspiration came in the form of pre-1980s analogue hi-fi equipment. Using a reductive graphic approach, multiple designs were created, colours were mixed by hand and large format prints produced at K2 Screen, London. The resulting artwork was then re-photographed and used as the basis for a sleeve and poster campaign." – Yesstudio.co.uk