Archive for the Fine Art Category 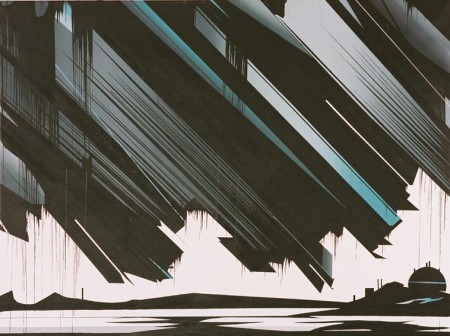 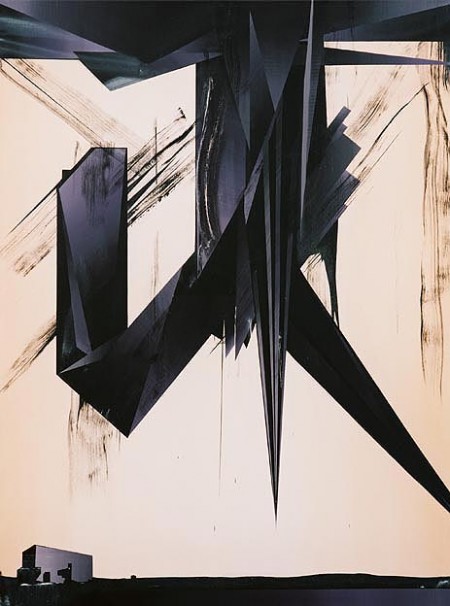 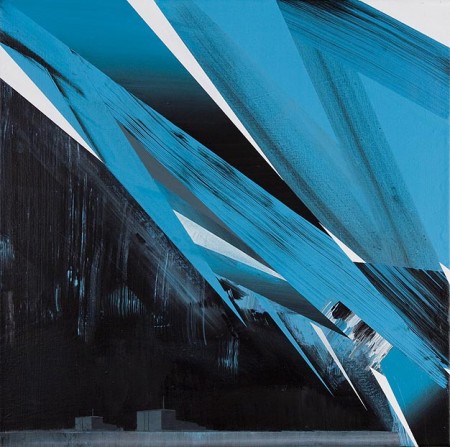 Big fan of these paintings by Phil Ashcroft

The unknown is a space at once fascinating and fearful by mankind’s technological advances and the romantic notion that there still lies undiscovered elements to the world in which we live. A derelict hospital, oil depots, nuclear power stations, the abominable snowman; collectively these semi-surreal settings and cartoon-like motifs appear as mysterious manifestations, phenomena both real and imagined. link 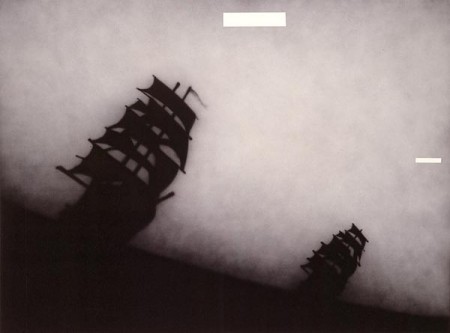 I’ve never really posted on fine art before, but these are works by Ed Rucha are my absolute favorites. I’ve seen one of these in person before but I have no memory of where I was. I am pretty sure the NYC MOMA has Ship Talk. I do remember that when I saw it, I froze for about five minutes in front of it; incapable of moving or verbally expressing why I was frozen. All I could think about was how much I needed to own it so I could stare at it all the time. I imagined fantastical scenarios where I would make a lot of money and purchase it instantly. I have never felt that way about any other work of art. It was simultaneously a great feeling (to have found something I loved so much) and a horrible one (for reasons I still don’t understand). Pictured above:

Like the Richard Misrach pictures I posted on a while back, I hesitated posting these in a 450 pixel wide scenario. You really need to see these in person to get the full effect. If I can remember where they are I’ll include it here. (And if anyone knows where these can be found, let us know in the comments.) 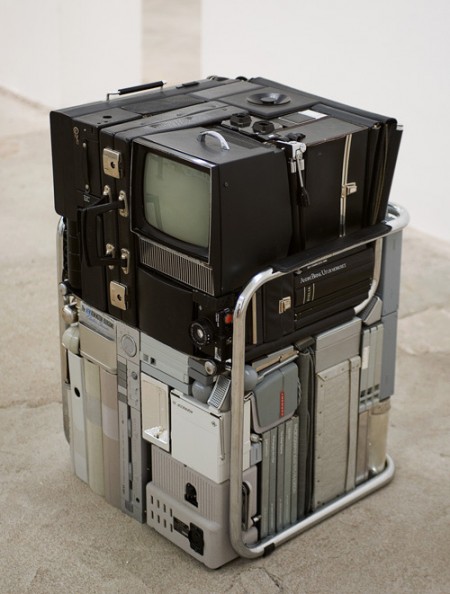 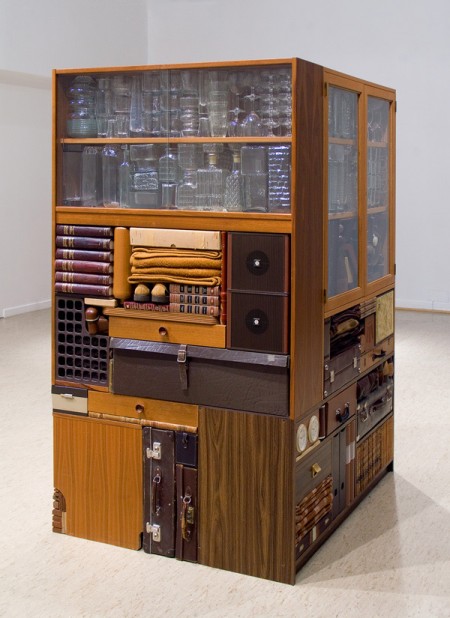 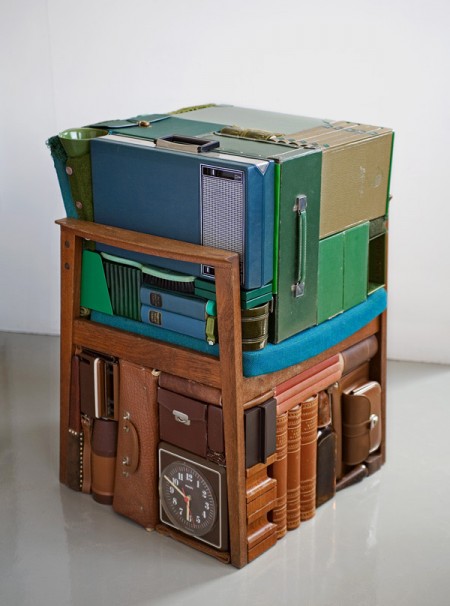 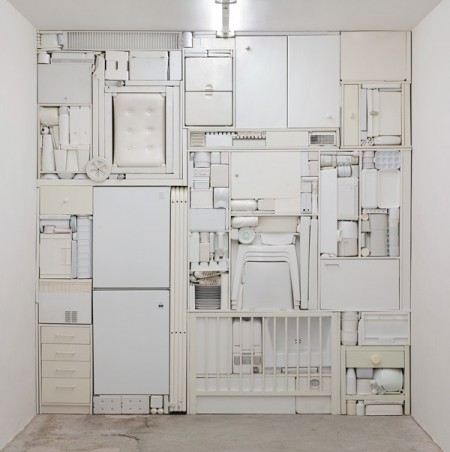 This is what might happen if a trash compactor had impeccable taste and color sensitivity. The work of Michael Johansson is unique and impossible to categorize. You really have to look closely to see how random and unrelated the objects that make up these blocks actually are; yet they still match up perfectly. I can’t imagine how long it must take to source materials and eventually place and align them so precisely. Would be like building a puzzle where each piece was made by a different company and then scattered throughout the world. 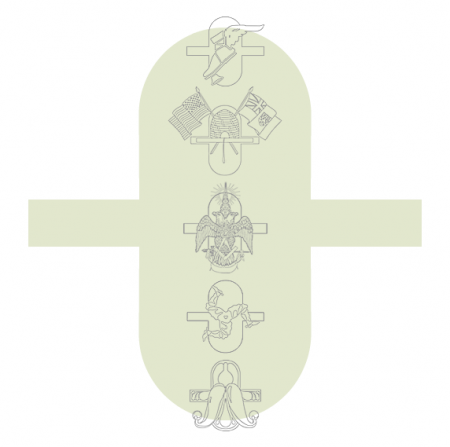 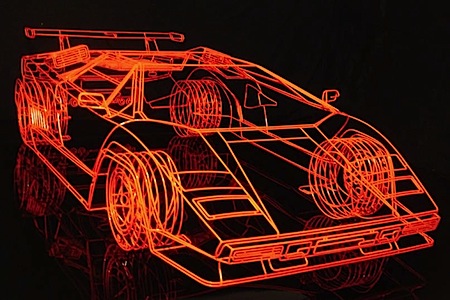 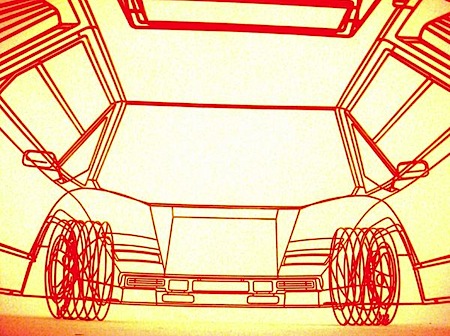 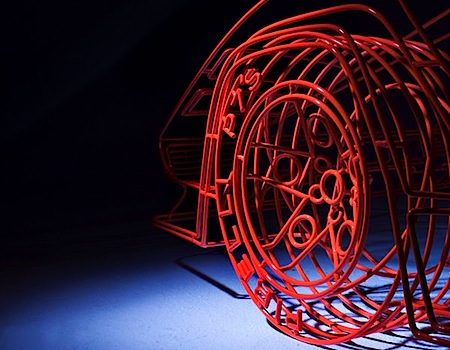 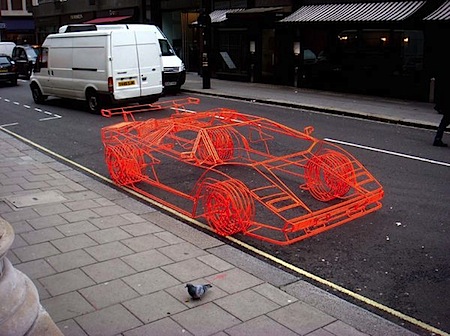 This is for all the 3D artists out there. It’s hard to tell from some of the photos, but what you’re seeing is a real model and not a computer generated wireframe. Benedict Radcliffe crafted this model of Lamborghini’s iconic Countach supercar from steel tubing. It’s incredibly detailed, right down to the Pirelli text on the tires. I can’t imagine the time that went into this, it would probably take me a year just to make this in Maya. There are a bunch more photos over at Jalopnik. 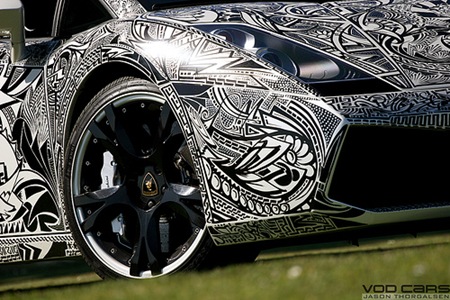 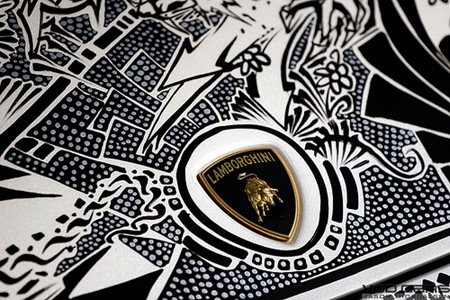 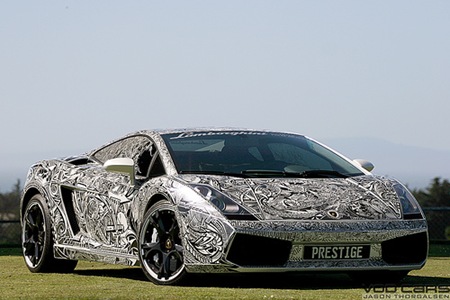 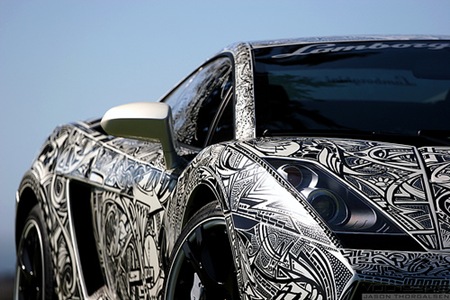 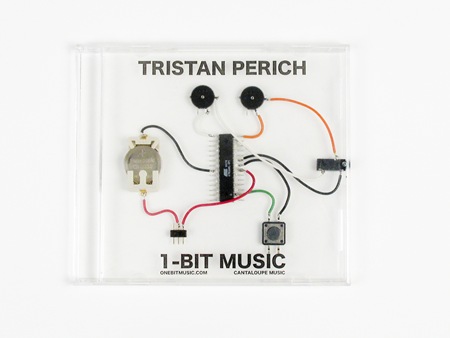 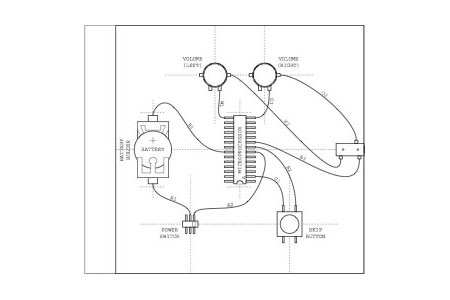 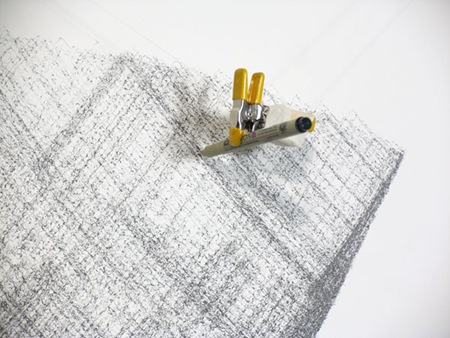 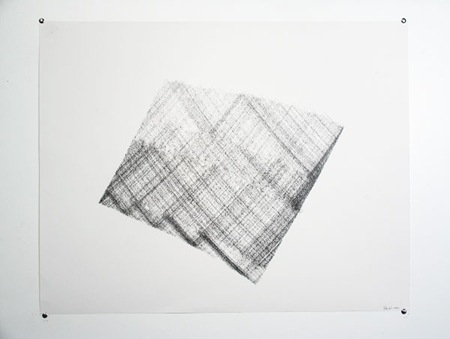