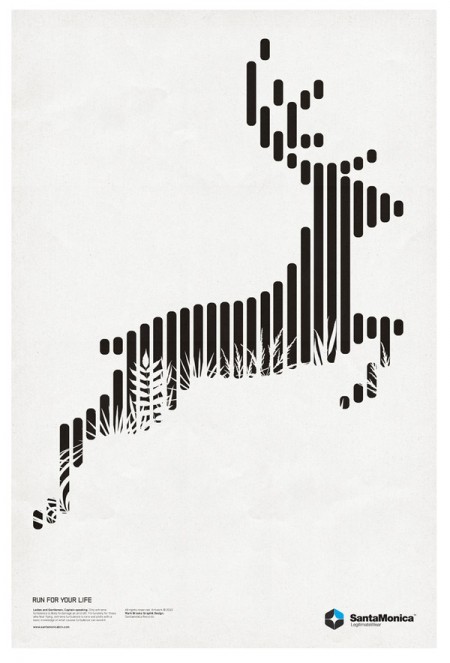 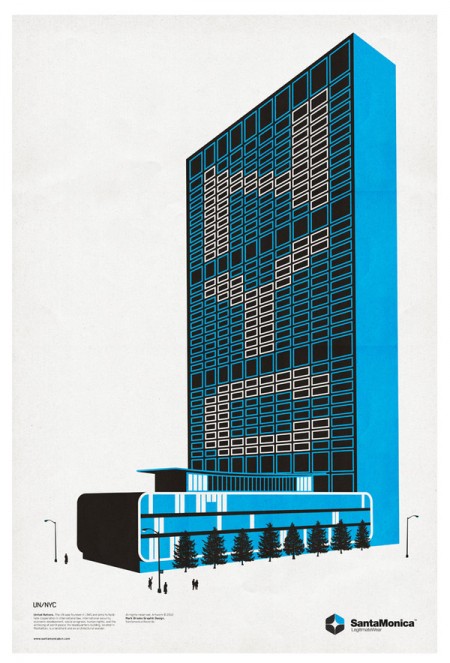 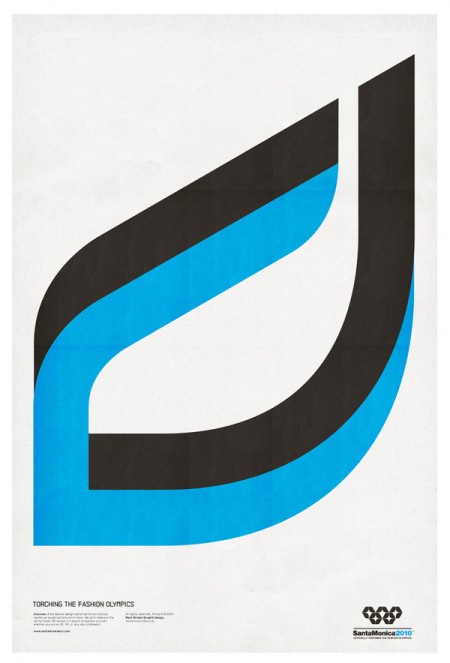 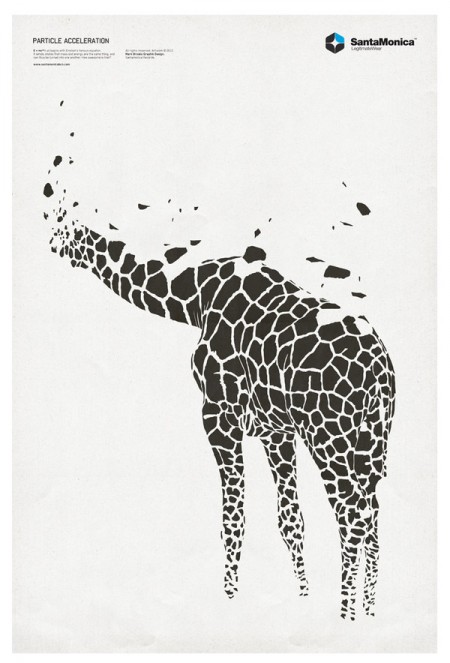 You may remember Mark Brooks’ work for Santamonica from a while ago. Well he’s back at it and this time I’d say he stepped it up another level. There’s a ton of great work for the Barcelona-based apparel company over at Mark’s Behance page. Also check out his great logo section. 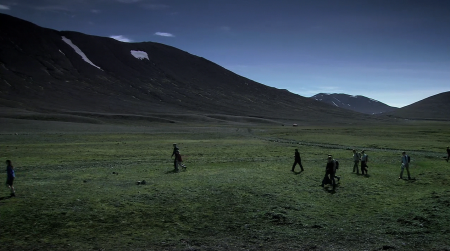 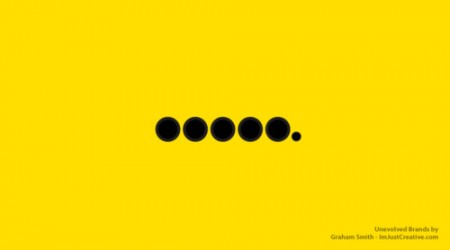 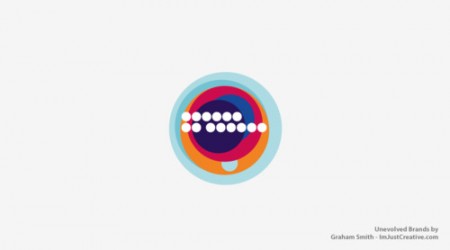 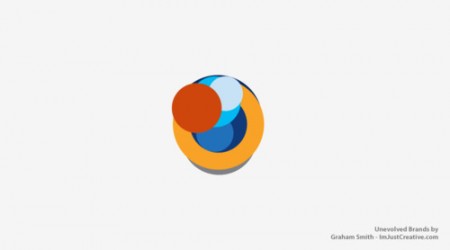 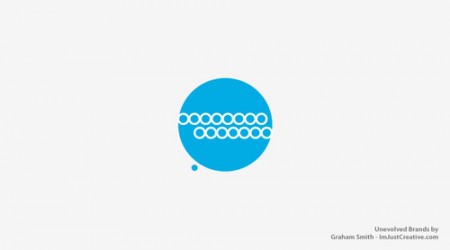 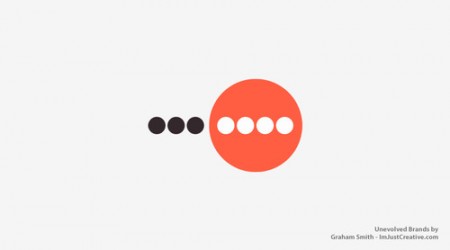 Graham Smith’s brilliant Unevolved Brands is “A progressive study on brand & logo simplification“. It’s also a lot of fun; we sat here for quite a while going through each logo and trying to guess the brand it represented. They run the gamut from completely obvious to frustratingly cryptic and all the while Smith strings you along with vague hints as to the logo’s true identity. The fact that I recognized any of them is sort of a sad testament to the pervasiveness of the modern global brand. They’ve drilled these things into our heads to the point where all we need are a couple colors and basic shapes.

Unless some sort of Mad Max / Waterworld situation goes down and people start just wearing leather suits and fish skin canteen holsters, brands aren’t going anywhere. But it would be nice to see more companies start shifting to simpler, text-free versions like these (Nike and Apple are good examples of brands who have already gone pretty far in this direction). A lot of Smith’s simplifications are really nice to look at actually.

Be honest, did you get most of them? I feel like UK people have an advantage, a few those I’ve never even heard of. 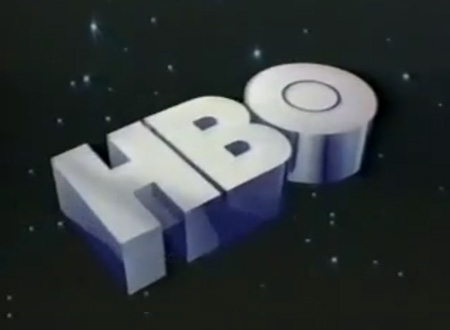 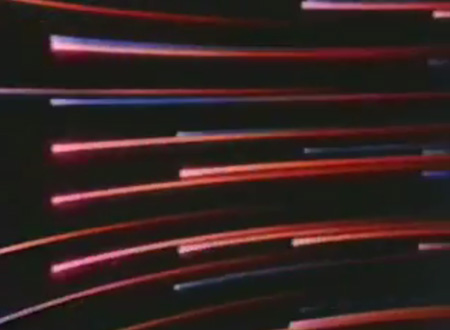 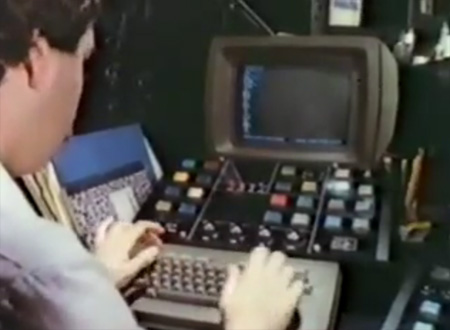 Awesome behind the scenes segment on the making of the 1980’s HBO intro. Every time I get frustrated with work I’ll think of this and remember how lucky we as creatives are to have modern tools. Although compare this to the digitally generated DVNO video. +1 for analog, again. I don’t know what amazes me more, that they achieved these effects with such limited technology, or that HBO was willing to go to such expense for an intro sequence.

Oh, and the HBO Video logo for good measure… 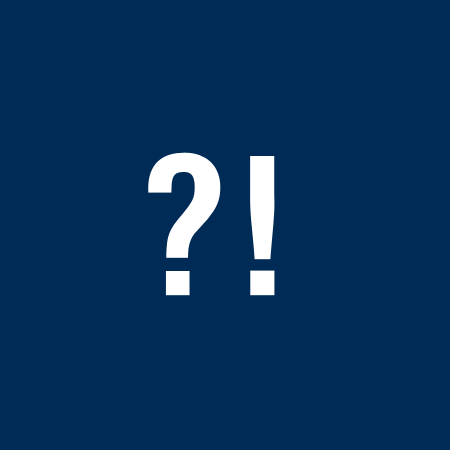 Editor’s note – In answer to some of the questions in the comments: This contest is not for Gap. We are not affiliated with Gap. Gap has nothing to do with this contest. This is for fun, not Gap. Gap will not be using any of these logos. Gap will not be forcibly entering your home and removing belongings. This is not a secret conspiracy by Gap and the Freemasons to get you to design free logos. This is not crowd surfing. I bought some socks there one time like five years ago. Also, Gap has apparently been using the new Helvetica logo for nearly a year now, everyone just decided to notice and get super pissed off when they added a gradient square this week. If you submit a logo to this contest, you retain the rights to that logo.

OK so I get it, you don’t like the new logo. I don’t either. I want the little gradient square to fall into the gap and never come back. But I couldn’t help but think: what would I have done if Gap had come knocking and asked me for a new logo? How do you rebrand a company as ubiquitous as The Gap?

So rather than rant and rave, let’s fix this. We are a community of designers and I’m sure someone here can come up with something better. So here’s the contest:

Your Job: Design a new logo for the Gap. Assume a fairly open brief and think about where their brand is and where it’s going.

First Place: Your choice of giclee print from the ISO50 shop (size 24 x 36), a shirt of your choice (also from the shop), and a process feature article here on ISO50 (If you choose to, you can write a process piece on how you developed the winning design, which we’ll post here on the blog).

Two Runners Up: Two shirts of choice from the ISO50 shop.

Due to the extremely high volume of submissions, entries may not be posted right away, but we’ll do our best to get them all up before the 12th!

Voting: Winners will be determined by a popular vote after the last submission date on a separate post.

Legal: All entries remain the sole property of the designer who created/submitted them.

All entries will be posted here after the jump

END_OF_DOCUMENT_TOKEN_TO_BE_REPLACED 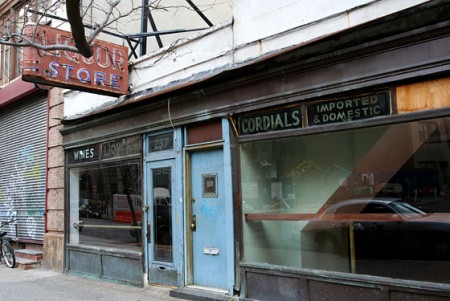 In my new, and sure to be infrequent column, I’m discussing brands of note, some old, others new, and those long gone. As someone interested in the development of brands, these posts are less about business, and instead about where art and industry marry in historic form.

An unexpected brand making well-deserved headlines is J. Crew. Yes, that one. I had the same reaction when a few of my trusted friends made me aware of the brand and it’s current status. My memories of the brand were from the mid-90’s, of $98 Rollneck sweaters and greater misdeeds. Now I count myself amongst the fans for this most seemingly common of brands. 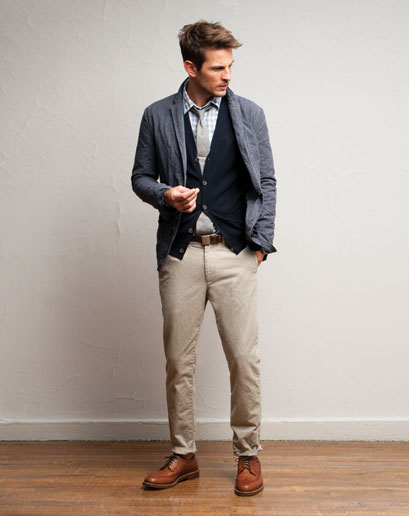 In it’s current moment, J. Crew has become less of a product line and more of a sensibility. The best example of J. Crew as a ‘perspective’ is their ‘In Good Company’ collection, which combines the 2000’s obsession with brand collaboration and good old fashioned curation, pairing the company up with well-worn heritage brands like Sebago and England’s 86 year-old outerwear brand, Belstaff. This is what is affectionately call an “ethos grab” or the adoption of the traits from greater brands via their inclusion in your own.

Riding on a wave of preppy fascination ushered in by a few East Coast indie bands, men’s clothing saw a sea change in recent years towards a more subtle look, taking over for a trend of logos and bright colors. J. Crew also wisely eschewed an overt prep direction, Instead opting for classic American and work-inspired clothing. 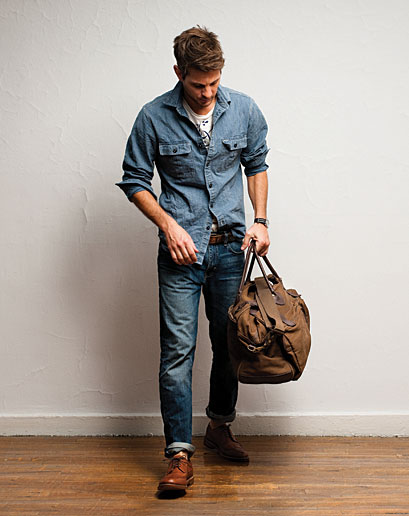 Like any brand resurgence (Apple, being one), it starts at the top and it infects the whole company. Mickey Drexler is the patriarch of this evolution, and his attitudes towards hiring and culture have informed the brand’s ascendency since he joined in 2003. Creative director Jenna Lyons has become a celebrity in her own right. 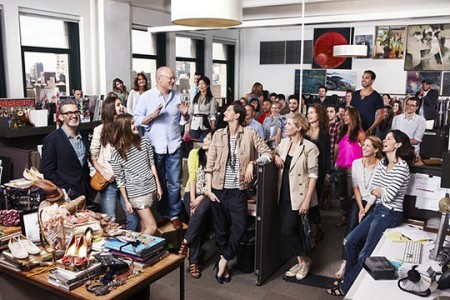 The inclusion of Andy Spade, co-founder (with his wife) of Kate Spade and his own confusingly named Jack Spade brand, was another brilliant hire, whose sly blend of Midwestern charm and a hint of old school smarm (David Spade is his brother) created the best asset perhaps of J. Crew-dom, the Liquor Store shop in Tribeca. A barely refurbished bar as men’s shop, and a signless work of retail genius. 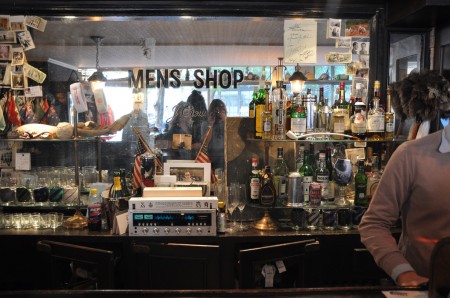 Mr. Spade on the relative anonymity and modest scale of Liquor Store:

“It’s odd that people think they have to brand everything with their own name to be successful. Certain companies are experts at certain things. I love brands that show humility and don’t try to be all things to all people. How many brands that got bigger got better?” 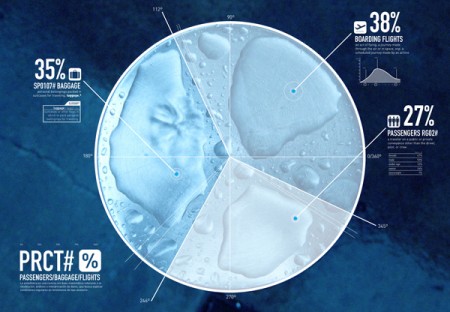 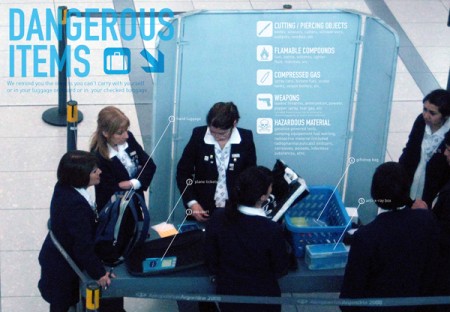 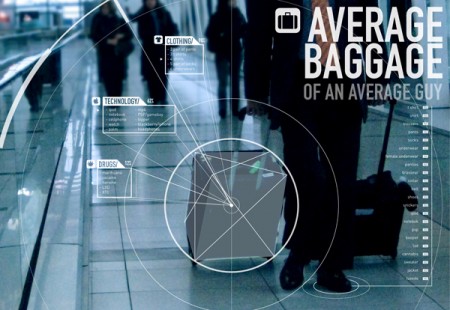 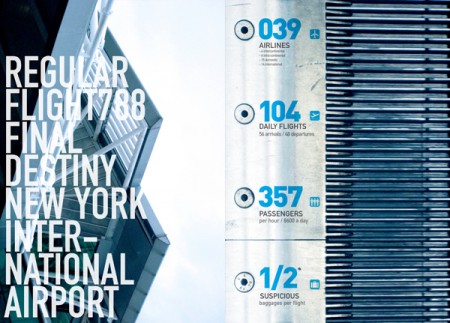 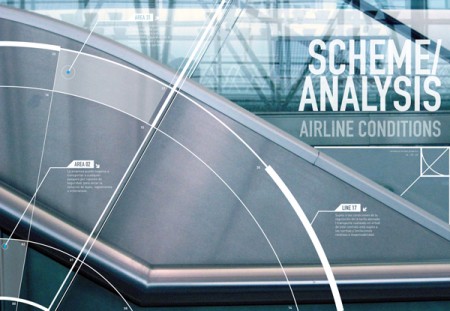 While this has been around the Behance block, I can’t help but admire this piece by Francisco Andriani. The use of typography in these pieces is gorgeous. The noisy photographs and large type along with a relaxed but secure color palette also really sets the mood of airports.

Seeing these info graphics makes me want to see this style implemented nicely in the terminal. Large monitors showing arrival and departure times with this style would be stunning. Especially if used on large installations like these. With a little collaboration I could see Tyler Thompson’s boarding passes and Francisco’s info graphics alongside one another in the near future in airports.

But part of me asks: how relevant would this style of design be to the traveler?