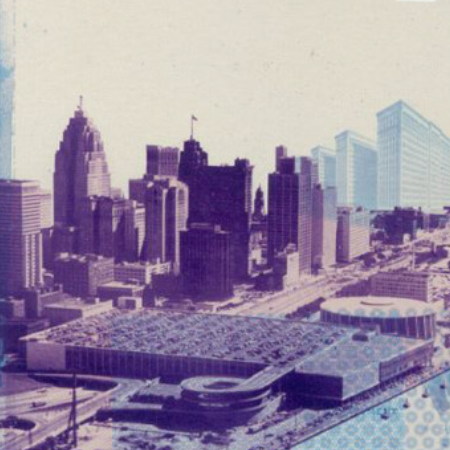 If I could ask for more of something right now in the music industry it would be another song like Think Twice by The Detroit Experiment, i’m not talking about another Carl Craig group to come out which is already happening and its called TRIBE or a Mark E edit of this song which is great by the way but just another band that can sound as good as this song does.

The most off the wall song that i’ve heard this summer has to be this song by Siriusmo which was played to me by someone that only listens to post rock/noise in his bedroom saying its like nothing else and described it over the phone as bangin’ like Audion, trendy like the Ed Banger stuff but with a unique angle, children vocals and some kind of cartoonish caribbean intro, very addicted in a good/weird way like pickled turnips.

Went to a bar a few weeks ago and you know right when I walked in with friends it was all girls which is never a bad thing but I realized I had no chance after awhile because it was a ladies night and pretty much no boys allowed. No biggie I just hung out and noticed the DJ was killin’ it right when this song came on, the cowbell is pretty much yelling at you to get on the dancefloor and the guitar is saying find a spot deep in the crowd and sweat it out, not bad if you love cowbells, I mean loooooooove cowbells.

Correct me if i’m wrong but is Loefah a legend in the dubstep world? I love his style of how he times his releases on the sounds and it always being very striped down, sometimes I feel like i’m left hanging but the low end makes up for that.

-hey Scott!
I’ve been following your blog daily (its on my Daily Stuff bookmark) and thanks to you i have discovered new awesome music.. so finally i just decided to leave you a comment to simply say:

You have made some of my days better :)

Jakub, you’re bang on with Loefah – he’s one of the pioneers. Try to dig up Jazz Lick on Big Apple Records if you can.

And ‘leaving you hanging’ was one of the original signifiers of dubstep. Before it became all about anthems, everyone would talk about ‘the pressure’. Gosh, I feel old already…

You make my house parties that much better.

Loefah is amazing. One of the originators of the halfstep sound. Check out his remix of 3rd Choice by Vex’d on Planet Mu (my personal favorite).

Anytime man, you definitely help out a lot by commenting with great feedback and that keeps us all on the right path to what should be posted.

Great sample from [the end of] Stereolab’s ‘I’m Going Out of My Way’ as the basis for that Siriusmo track. Thanks Jakub.

Is there any chance you could email us an mp3 of Siriusmo’s High Together to – therecommenderblog@gmail.com

We would love you forever…
Mike
UK