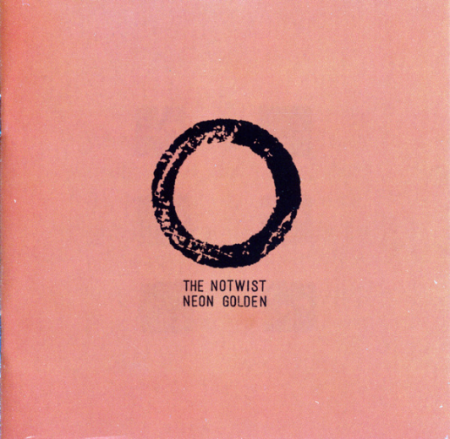 You may know The Notwist from listening to Lali Puna or Ms. John Soda or visa versa, I guess if you break the band apart they are all pretty talented. Pilot has alway been a favorite of mine because its got this variety of style in the playing thats in the same range, i like to this of The Notwist as pretty big influence on a lot of bands albums in the mid 2000’s like Phoenix, Snow Patrol, and others that sounded like they’d fit onto an extended soundtrack for Lost in Translation.

OOIOO is a 4 piece all girl noise rock group out of Japan that release on Thrill Jockey(who is home to Tortoise, Sea and Cake, Califone, Radian, etc.) I think what attracted me to their sound is this similarity I hear to certain Slits songs and some stuff my mom listened to when I was young that was coming out in the mid 80s from Eastern Europe’s punk scene that didn’t count on just thrashing out but more distorted/experimental yet not too noisy singing style, building rhythm sections that wasn’t focused on getting you to dance but to just take over the room and the crowd, and upbeat feel at times.

If you heard this Flying Lotus & Kode9 live set that we posted awhile back then you might recognize this Rustie track as the complete crowd pleaser. Can you notice the Mike Tyson Punch Out uppercut sample? Mux Mool pointed that out, totally made the song even better for me since that was my first NES game I ever bought and played.

I’ve only met Konrad Black a couple of times, once I found out he was part of the original Circlesquare group which was great to hear since I loved the early work and the other times he was haunting dancefloors with this dark, sexier, and slower dj sets that would always make me want to pull my hair out because it was soo good. The track that has always grabbed me was this song that I had labeled “Scrawled In Blood Across Your T Shirt” but I guess that was the name of the EP, either way whatever the songs name is its off an EP called that but I have no samples to verify the track name, you’d think 240 Volts which is run by Swayzak would have some kind of info or samples or track times to help me find a copy of this song but thats fine I could never really get mad at Swayzak.

Konrad Black & Selfpartwo – Busting Down The Door With A Shotgun

“Pilot” has always been a favorite of mine as well. I have a great live version of it that just kicks ass. let me know if you’re interested.

oh and I just randomly thought of another group that the members of The Notwist play in, 13 & God, with Dose One and Jel. I’m sure you guys have heard of them. really wish they would come out with something new too…here’s great video of them performing live: http://www.youtube.com/watch?v=hG08anKTA8A

Thanks for the video!

that konrad black kills it, his medusa smile release was always a favourite.

check out the jake fairley on this release, pitched down its a slow monster in the same vein as konrads stuff.

not a huge jake fairly fan but his release on echocord from back in 2005 was one of my favourites for a long time.
that track on cereal killers is the only other thing i picked up, was seriously heavy on a big system.

I just realized the other day that Rustie used the toad vst to do that track. Usually you can spot it a mile away, but he actually kinda works in it so you don’t notice it so bad.

I love that entire Notwist album. I had downloaded it years ago and it took me about three years to fall in love with for some reason. It was one of those amazing albums that you slowly fall in love with over time and becomes iconic.