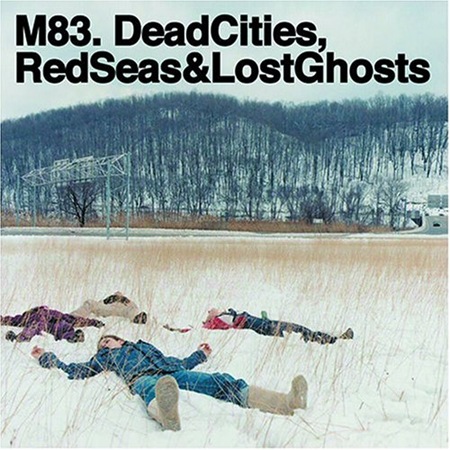 Ive always loved that cover. Gorgeous. No idea who directed it, thogh. Still, the photograph is incredible…it almost looks like it could be a super crisp painting. Or the people in the foreground look painted and everything else is photographic. It’s a really cool psuedo-illustrative look.

That Jackson remix is a real treat. Thanks for posting it. M83 is a great band, though I find that I like only half the songs of each of their albums. I can’t get into a lot of their heavier guitar thrashing stuff.

From wikipedia: “The cover art is by Justine Kurland, and called Snow Angels.”

that is a sweet image.

that is a sweet image.

great mix
i found the mp3 online if anyones interested

Indeed. I have bought about almost every M83 album, single, and EP. The artwork on each is quite interesting. They all have simple concepts, clear (or should I say apparent) fonts and colors that work beautifully together. Anyway, most of the Run Into Flowers remixes are excellent. My personal favorite it is the IG FarbenVorschlag Remix By KG . Hopefully you’ll answer this question, but have you listened to the first M83 album? If you have, I’m curious what you think of it. Oh and if you haven’t heard the new M83 track, Couleurs, off their upcoming album in April, give it a listen here http://stereogum.com/archives/new-m83-couleurs_007545.html

Wow, thanks for the recommendation. I’ve found some M83 and am loving it. Thanks a whole bunch!

As for M83’s music, I am kind of picky, but “Run Into Flowers” is a great track of theirs, I really like this remix too….