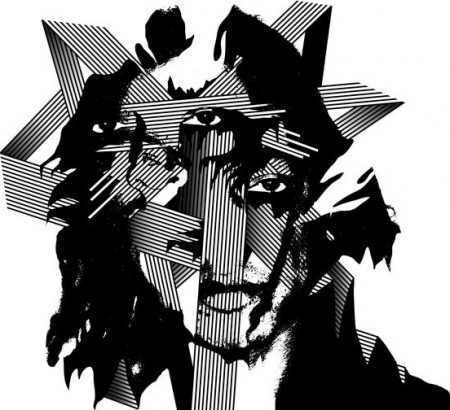 Berlin-based Alan Abrahams has earned a lot of attention lately. His albums as Portable for the Background and ~scape imprints have garnered near-universal acclaim for their deft fusion of tribal rhythms and a modern micro-house sensibility. For his first LP as Bodycode, The Conservation of Electric Charge, Abrahams focuses on the more dancefloor-oriented aspects of his style, yielding a gorgeous album born from the belief that the psyche can be unlocked via the body. Bodycode also came from necessity ? while on tour playing club dates, Abrahams was compelled to seek the most engaging sound for that environment. Remarkably adept at its task, Bodycode?s mesmerizing percussive arrangements and subtle melodic flourishes create an immediately engaging sound that lingers in the mind long after the club has closed.

I just saw Alan aka Portable/Bodycode play last night on a freezing rooftop outdoors right around Union Square in New York and he blew my mind. Alan makes pure body music that’s straight from his roots of South Africa, if anyone is doing any tribal house music properly its him. He also slowly falls into some beautiful droned out breakdowns that aren’t like anything else, so there is something here for the world music(sadly this genre has such a bad rep) and ambient fans as well.

portable is great. one of the few few few that elevates from the mediocreness of the genre. first listening to him, i thought about Etno-techno (reductive).
(excuse moi le boiteux anglais)