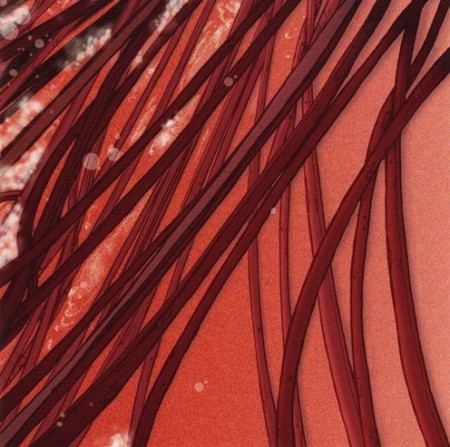 If I had to watch one band live for 4 hours straight I think the only band that could be is Broken Social Scene. I don’t even think I could even take my all time favorites like Boards of Canada or even Radiohead for 4 hours straight without stretching and asking if anyone wanted to take a break. Obviously this track isn’t the best example of what B.S.S. makes but when I sold merch for them when they played live before they got big I remember them giving me a copy of this record and this track being the first thing I heard and thinking this band is going to be huge or I’ll give up on music.

In 2005 Caribou, Junior Boys, and The Russian Futurists toured together, in my eyes that was probably the best tour that year. The day they came thru Detroit to play at the Magic Stick was the day that I gave up on Michigan supporting the music scene. 14 people showed up to the show because of Detroit Tigers playoff baseball. Dan Snaith the mastermind behind Caribou/Manitoba killed it for us with a synced up visual show, 2 drummers, playing every kids instrument that you hear on Up In Flames and he sweat out all the sweat in his body. Dan, if you ever read this you have to understand and take in that you’re the best live musician when it comes to putting in everything you have into a show. Also, to be an electronic indie musician that pretty much brings their whole studio with them on the road and attempts and succeeds to play each melodica part to every xylophone hit makes me want to light my copy of Reason 4.0 on fire.

In 1996 Matador Records put out the collaborative efforts of Jörg Burger and Wolfgang Voigt’s side project Burger/Ink, I was probably drooling over 1979 by The Smashing Pumpkins at the time. Back then at my school if you loved Smashing Pumpkins you had to hate Nirvana and Green Day and pretty much everything else besides Nine Inch Nails so this Burger/Ink record never crossed my plate but how would it? I lived in Farmington Hills, MI. If you like Gas or even Broker/Dealer who told me this might be one of their favorite albums of all time then its worth picking up and letting it grow on you. “Twelve Miles High” is a driving track compared to the rest of the record. After 10 minutes I don’t realize its repetitiveness and how it has fell into the background while I work. That is one thing about some of the electronic music on the blog that might be alil boring for some people, I can’t stand silence really when I know I could be listening to music but the great part of all this kind of music is that it doesn’t ask for your attention. Sometimes it becomes that distant train that goes by a half mile away that reminds you its 5pm or some cicada making the most amazing sound ever while you walk on the sidewalk in the summer. Its not like we’re all listening to Gas and saying to ourselves “Gawd! when is this song gonna do something! ugh!” its doing what its suppose to be doing which is playing something really pretty while you have to focus on something else and its not asking for you attention like some squealing pop song that asking you to download its ringtone or sing along with it.

This Recloose song should actually be at the top of this post, the song is ridiculously good especially for the lovers of older soulful house that doesn’t rely on vocals from some gospel or motown song. It’s also perfect for those people that need a song to give to take their friends as a baby step into house music.

On a side note: I’m not a fan that Justice has the option to make their own custom home, it’s all I ever want in life and I already have it all planned out and they took a prime spot it looks like.

spot on about how the music just seeps into the background. you’re not quite hearing it, but it’s there, and does let you focus on your work. lyrics are too distracting sometimes.

So true! I was at Broken Social Scene’s Montreal Halloween concert. It lasted almost 4 hours and was absolutely insane. They are my new music heroes.

I read somewhere that: “Ambient music doesn’t demand your attention, but rewards it.”

Always thought that was pretty cool. Haven’t listened to the tracks yet, but I’m sure they’re as good as they usually are.

Couldn’t agree more about BSS.
They’re also one band that I know I’d always have a track of if I had to put together a soundtrack for a movie.
Half Nelson beat me too it!

Have they had a soundtrack license ever? I think Kevin Drew is genius

I’ve loved Mike Ink / Mr. Burger for more than a decade now and I’ve never heard another soul defend minimalist techno. It was usually me telling my friends “no, wait, give it a chance, there’s so much more there than you might think,” but I’ve never convinced anybody of it.

Burger/Ink is an amazing collaboration of Mike Ink’s insanely intricate beats and Jorg Burger’s melodic compositions; they balance each other out beautifully. It’s worth checking out some of their solo work though, like the “Studio 1″ CD (a compilation of the color-coded 12” issues on Profan) and the Burger releases “Frugivore” (as The Bionaut), and “Opportunity Knox” (as The Modernist).

Half the fun with the minimalist Germans is figuring out who is who, since they each have a handful of aliases.

this used to be a good design blog. nowadays it looks like it’s just about indie electronic music. i miss the old days :)

I have been a huge fan of B.S.S for some time now and have a load of their stuff. One thing I’ve been looking for and I have no idea if anyone has a copy of it, is the soundtrack they did for a film called Snow Cake with Alan Rickman and Sigourney Weaver. It is just beautiful but I can’t seem to find a release for it.

Smashing Pumpkins are one of the first indie bands to catch and hold my attention. I remember seeing them perform on a late show on a saturday night. I thought the diversity iof the band and Billy’s voice was so cool.

Melancholie and the Infinite sadness is an amazing album, 1979 , 33, zero, bodies, porcelina, bullet with butterfly wings, tonight tonight…shall I go on?

Never heard Burger/Ink before, but it reminds me of The Field…

I saw Caribou a few years ago now, and had no idea who they were at the time. I think my jaw dropped and was never picked up. Such intensity and uniqueness was so powerful. I’ve loved them ever since. And as a native from Calgary (that’s in Canada) I have a bit of pride when it comes to Broken Social Scene/Feist.

as a long time fan of BSS i find their old stuff more enjoyable (isn’t that the way it always is?); newer material comes off as unbalanced — too much chaos. at least to my ears.
in regards to soundtrack work, they composed the score to “The Tracey Fragments” staring another Canadian: Ellen Page

@the dude:
1) music = design. design = music.
2) music is a very big part of most designers workflow / inspiration
3) what’s wong with indie electronic music?
4) this blog is exactly what it “used to be”. if you want to see only design take a look at everything I’ve posted on (about once a day) for the past 2 years. you can filter by author, here’s my stream: http://blog.iso50.com/?author=1. We post more on design than ever, it’s just that there are more posts total now, some of which cover broader (though still design-related) subject matter. it may appear that a lot of the posts are music related, but if you count up the average amount of posts on design for the past year compared to the first year of the blog, there’s actually more now.

always great music on ISO50 – just beggers belief that you have not got a radio player on here!

When Caribou came here to play during the spring it blew my mind. They had two drummers up front battle drumming it out, guitar and bass in the back and crazy geometric looping patters filling up the back of the stage. The only other show to even come close was Chad VanGaalen with his little plastic electric guitar + accordion player.