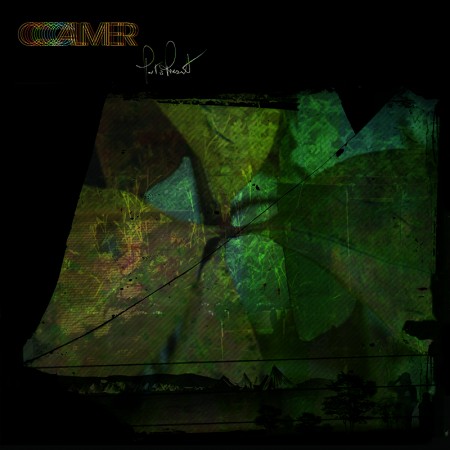 Brooklyn’s Collin Palmer aka Calmer fuses psychedelic elements with Jazz influenced compositions in the most well constructed and exciting ways. In this song “Past is Present” Calmer offers up a real dreamy yet driving piece that will take you from having goosebumps to completely relaxing within seconds by dropping a wall of colorful sound in front of you. Calmer is known in Brooklyn for his unique setup on stage usually playing on custom shaped cymbals that he has cracked or bent himself and 60’s surfing documentaries playing in the background, well worth your time to catch live if you haven’t seen him. Head on over to XLR8R to pick up a free track of his called “Open Source”.

It’s Friday and I know you wanna hear some J Dilla since you haven’t probably put on Donuts in a month atleast and thats a shame.

I have to thank Praveen for sending me over a record that I would of probably never picked up unless I was bored in line at Starbucks. The CD would have be playing on the speakers and the CD case was the only thing within reach to read besides the menu. I’m not saying Bon Iver is playing at Starbucks but I wouldn’t be surprised, it has indie-pop singer/songwriter written all over it and everyone is talking about this record. I actually found 3 tracks on it that I really like, i’m actually looking forward to them popping up on shuffle. Bon offers what I like in acoustic guitar playing which is this slow repetitive drive but thats not what is grabbing, a lot of the simple background additions really make this song plus his voice doesn’t sound like some annoying kid from Austin or Seattle or David Gray.

I grabbed this Marius Vareid track from Tom Croose who’s mixes I sometimes post here and i’m pretty sure he got it from the talented crew on Dream Chimney. Guess what it is? yes some slow disco but this time more on the drumkit and guitar angle. I thought it would be nice jam to gradually head into the weekend.

Calmer – Past Is Present

I resisted Bon Iver like the plague for most of last year. I finally gave in when my sister had it playing on a visit to a cabin in the mountains (similar to the circumstances in which it was recorded). It became my favorite release of 2008. Hard to resist.

great choice of music jakub, all of the songs here are great! love the art work at the top. who designed it?

Calmer actually did his own art, he’s a pretty talented guy and has done music videos for TV on the Radio, The Killers, The Bravery etc but does this music on the side.

wow, thats really great. i will have to look into his work more.
thanks for the info

Great post today Jakub! I look forward to your posts every day. Which of the Bon Iver songs do you like? The front man for Bon Iver is actually named Justin Vernon.

Other than what I posted Blindsided and Skinny Love are pretty amazing all the way thru, how about yours?

mm, Lump Sum is a favourite of mine. Flume is great, I love the guitar buzzes that add so much. For Emma has a great melody too, and some nice brass instrumentals.

great call on the new Calmer album Jakub. Just got it yesterday and it is absolutely amazing!

Thanks to you Jakub, I just bought a few Bon Iver tracks. Thanks so much for your never-ending musical suggestions.

Just discovered this blog by accident when searching for info. on Tycho (which is hard to find, where is this guy’s notoriety? not even allowed a wikipedia page yet?) whom i actually also discovered by accident when looking for the name of a song from another band. I love accidents. Especially when they lead me to Past is Prologue which is the best ambient album I have heard in three years. Capitalizing on the best parts of Boards of Canada and the like while making this music far more interesting and melodic than they have ever been able to do. So add to the surprise discovery of this great artist but the surprise discovery of this great blog! It is so hard to find a good music/art chat blog these days. Most are cluttered with guys and girls just repping their friends half-assed GarageBand creations or just touting stuff that they and only they are fans of. I have loved the recommendations I have read on here so far and Im in the process of backtracking into the archives to see what else I can catch up on.

suffice it to say thank you Tycho and thank you ISO50, please keep it coming.

Jakub, when’s the next Tom Croose mix coming? Absolutely loved the last one!

Great post, Lump Sum is a pretty amazing/infectious song, I’m still undecided on the rest of Bon Ivers work, but that one is a winner for sure. Quite a nice Calmer track as well.

Thought this was interesting, ISO is pretty similar to ISO50.

“Lump Sum” is the best

Guys.. For Emma was released in 07!
I’m happy everyone loved him so much, but he took up a lot of space on 2008 lists! For Emma was an 07 release but larger label release in 08.

i cant wait for this Calmer release. Been waiting for years for that guy to put something out. nice choice on mp3 picks