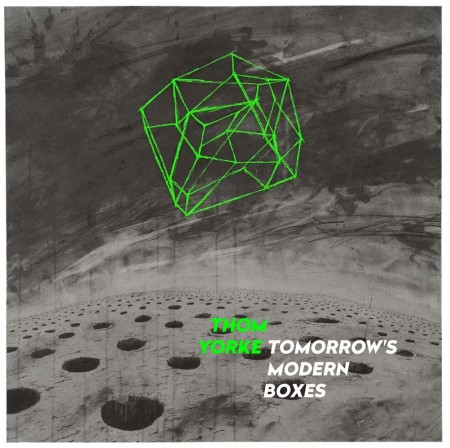 As an avid vocal critic of today’s online music distribution practices, it comes as no surprise that Thom Yorke has come up with an inventive way to distribute his sophomore solo album, Tomorrow’s Modern Boxes, by releasing it through BitTorrent, a move which he says, if successful, could revolutionize the music industry:

As an experiment we are using a new version of BitTorrent to distribute a new Thom Yorke record.

The new Torrent files have a pay gate to access a bundle of files..

The files can be anything, but in this case is an ‘album’.

If it works well it could be an effective way of handing some control of internet commerce back to people who are creating the work.

Enabling those people who make either music, video or any other kind of digital content to sell it themselves.

Bypassing the self elected gate-keepers.

If it works anyone can do this exactly as we have done.

The torrent mechanism does not require any server uploading or hosting costs or ‘cloud’ malarkey.

The network not only carries the traffic, it also hosts the file. The file is in the network.

“Thom Yorke – A Brain In…” This video is no longer available due to a copyright claim by 41 GP Rights.

@nitrofurano: Thanks for the heads up. Added a new video.

While not as immediately interesting as The Erasure was right out of the gate, this one, with it’s lovely smoothness and cohesive character, will likely grow to surpass the freshman effort. Anyway, new Thom Yorke was lovely to wake up to on a lazy Friday morning.

Personally, I think Thome Yorke’s a self-absorbed, egotistical windbag. But with that said, I really like his art and his music.

I can see his point about distribution, but I prefer to consume my music through iTunes for the sole reason that its distributed to all of my devices at once (iPhone, iPad, Home Mac and Work Mac). I open iTunes, hit play, and forget about it. All purchases backed up. I have spent so many hours downloading, creating folders, copying and pasting to each device etc.etc. that I get tired of it. I’ve gotten to the point where if you don’t have your music on iTunes I wont buy it. I know that’s unfair the the Artists who want to remain independent, and I do love so much music that is not on iTunes, but its such an easy way to consume music and explore artists. If there is such an issue distributing on iTunes why don’t the artists bring it up to Apple?

On the flip side, why isn’t Apple bending over backwards to stuff their store with more content?

I know Apple isnt the only distributor of music but this is clearly a statement made towards them. There are other distributors like Amazon and Google and Spotify and such. I can see how its difficult to negotiate deals with each distributor and feel like you are winning on one stage and losing on another.

I like the idea of a independent music distributors. perhaps the price of music can continue to come down since more of the money stays with the artists. I was under the impression iTunes did this but I could very well be wrong.

Oh well I guess I have to buy iTunes Match now, and start uploading my music into this cloud everyone is talking about.

BTW album is nice. Thom York has really curated a nice electronic sound. I remember Kid A being his “both feet in” foray into electronic sounds and glad he can still make some nice tracks.

I downloaded it and enjoyed what I heard. Thom Yorke as an individual is not the musical soundscape that RadioHead is. He is electronic and a little progressive. Its a completely different journey. Entering into the fray with this knowledge helps you digest his fractal, minimal sound.