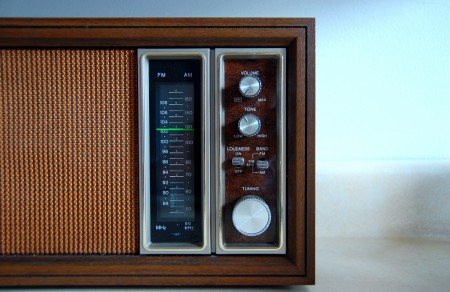 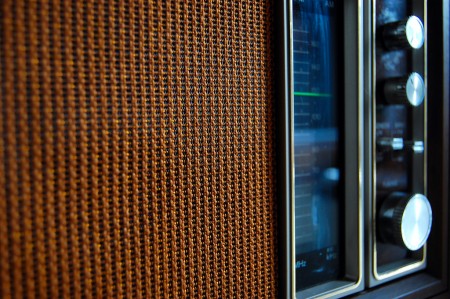 aha! so that’s where your obsession for product design comes from ;)
i too worked at a consumer electronics store once.
are you a fan of Sony products, Scott?

My mom had one of these, I’m pretty sure she still has it, I remember it quite clearly as she would listen to it every morning whilst getting ready. Nice radio with surprisingly good sound quality.

Good Guys, I think that’s a California thing. Haven’t seen one anywhere else in the U.S.

aquamarie-
yeah, I like some of the higher end sony stuff, especially anything portable, they have that down….but honestly, it’s all overpriced for the quality. I don’t think my obsession with product design was a result of that job, I think it was the other way around. I worked in the lowly “PE” section (personal electronics), so before my lunch break I would always go over to the high end home audio section and just look around at all the sony ES stuff, Denons, polk speakers, and drool over it all.

yeah, good guys went out of business years ago, and yes, they were a California thing (didn’t know about NV). their headquarters were at oyster point in south san francisco, it’s that really weird white building on the bay side when you’re driving 101 S/N. it’s actually sort of an interesting building, looks way out of place, the architecture seems very japanese to me for some reason. they sent us out there to train when I got that job, what a weird day. Good Guys was one of the first visible victims of the so-called “big box” electronics stores (best buy, circuit city, et. al.). But to tell you the truth, after working there I wasn’t surprised to see them go. the atmosphere among the salesmen there was like a car dealership, they were just trying to sell you the high markup items to snag a bigger spiff and they really didn’t know the technology well. If I were an educated consumer who knew what they wanted, I would either buy it online or go to best buy just so I didn’t get hassled. but of course, best buy has it’s own issues.

I’m more of a sucker for vintage AKAI tape decks :)

Nice old Radio shots. Saw some of these on vintage sound. Great place to look at these!
http://vintagesound-vintagesound.blogspot.com/