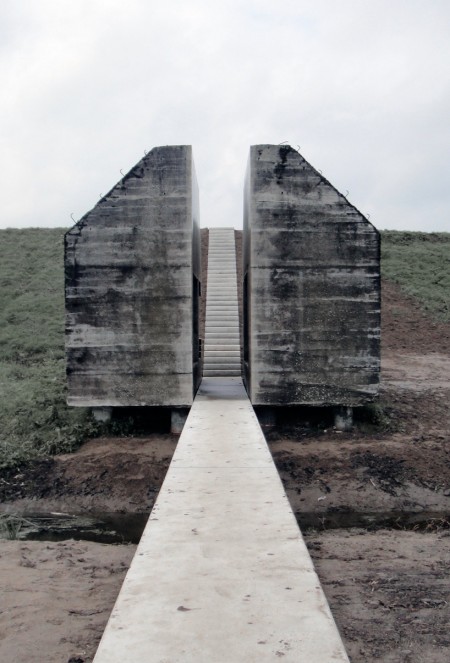 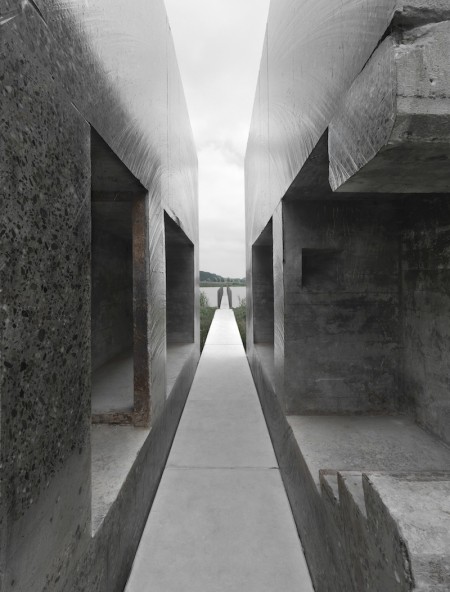 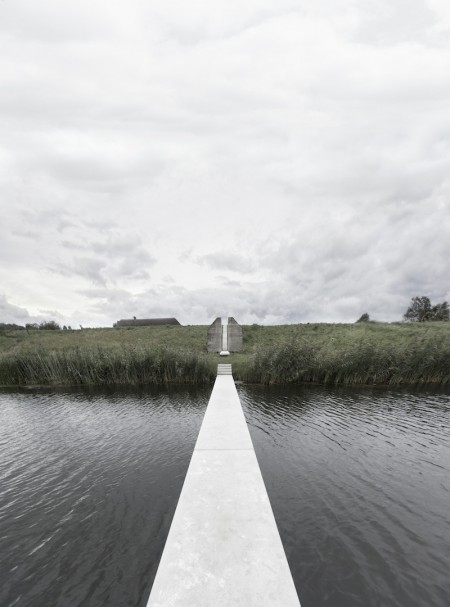 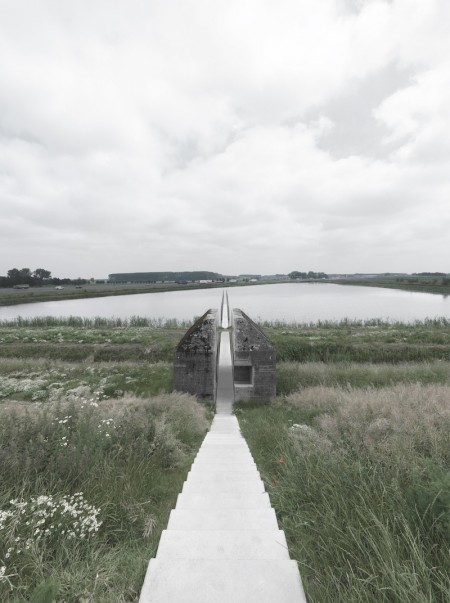 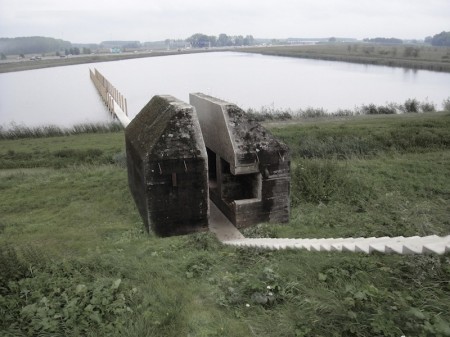 A World War II bunker in the Netherlands was turned into a sculptural visitor attraction by slicing it down the middle to reveal its insides. The bunker was built in 1940 to shelter up to 13 soldiers during bombing raids.

Movie shows concrete bunker cut in half by RAAAF and Atelier de Lyon from Dezeen on Vimeo.