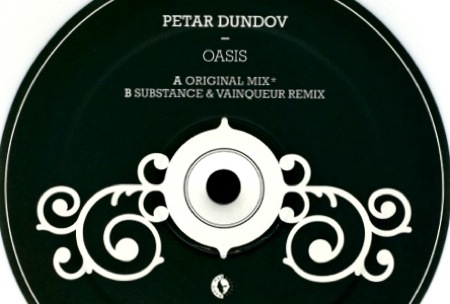 I hope everyone has fully recovered from their New Year’s Eve celebrations and had some time to rest yesterday. Yesterday I had some time to compare notes with some other site’s TOP 10 albums of the year and noticed what I didn’t add but I still think mine holds up nicely. Would you guys care if I put up my TOP 25 singles for the year? or is that just going overboard?

One way I look for tracks is by going thru DJs myspace’s and looking at their charts for upcoming months. Usually guys from Hamburg, Berlin, or even older Detroit guys have their finger’s placed nicely on the best new music pulse. One name that came up was this Petar Dundov who made some really nice dubby techno. “Oasis” chugs along nicely, seems like a song you could play for your parents and be like “hey, I know you think you hate techno but check this out” kind of a nice gentle way to ease them into the genre instead of playing some favorite of yours like “Spastik”.

I didn’t know much about Stel when I received his remix for One Of Them’s “Sometimes I Feel Like” but right off the bat it caught my ear. With the French vocal attached he takes a deep house song somewhere i’d like to hear lounge music go into in the future.

I found Montag a long time ago when I was obsessed with Carpark records putting out Casino Versus Japan and Marumari(oh those were the days). He has some great licensable tracks, I feel like him and Styrofoam would of made a better Postal Service than what Gibbard and Dntel did.

Everyone knows Iceland’s Mum here I hope, Scott posted a wonderful track months ago. I had to add this track to the blog because of how simple it is and it makes you feel like you grew up with the group under some moss covered rock that had toy train sets, hand voice recorders and xylaphones.

One Of Them – Sometimes I Feel Like (Stel Remix)

one of them : the “french” you hear sounds like sampled english pronouced with a very strong french flavour, along the ling of “sometimes I feel so stupid that …”. not sure what the rest is.
Mùm is pleasant, humid, grainy and a bit chilly. Do you know perfumes are so described? “woody with a touch of musc”. I’ll listen to moss covered rock anytime.

Mum’s “Green Grass of Tunnel” will forever be in my permanent rotation, but I find their other stuff a little to muddled melodically, or maybe too experimental.