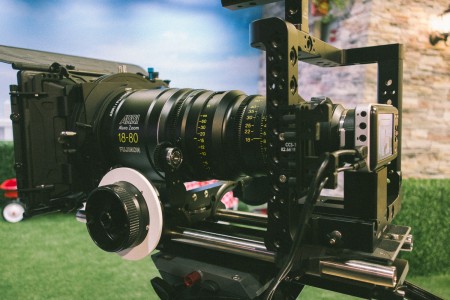 This is my second year going to NAB, a trade show each year in Las Vegas that includes cinema and broadcast manufacturers. Every component of moving image creation is changing quickly; lenses, camera sensors and editing / post applications, so I felt it was necessary to get out to Las Vegas and handle these things before I decide to throw down the price of a car and wait for a brown box to arrive. 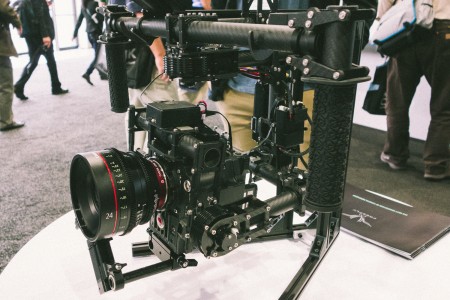 After hearing and seeing a lot about the Freefly MoVI in the past few days, it was one of the first booths I stopped at. The MoVI is a handheld gyro stabilizer. What this does is stabilize your shots with little motors that constantly counteract any movement. Upon grabbing it, the first thing you notice is it’s REALLY light, however, all that was on the rig was a 1DC ( DSLR ) and Canon Cinema Prime, not too huge. It was easy to toss around and it remained relatively smooth. There’s something that no one has really mentioned yet, you need an AC to pull focus and unlike a Steadicam rig, you need someone remotely operating Pan / Tilt. I went in thinking it could be usable as a one man operated piece, but really it’d be a stretch. EDIT : After seeing more about it, they are showing a mode called “Majestic” and there is a “Lock Off” mode for one man operation. We all know that proper film equipment is not cheap, so it’s price isn’t too high for professionals, but it’s absolutely too expensive to be a “Change Gamer” as some people have said. There is a lighter version for 7500 coming later in the year, but still remains too high to get in the hands of the masses such as the 5DMII. It’s a breakthrough for the professional market though. I’m still hunting to find video of it with an Epic mounted on it. I’d love to have one or try one out on a shoot, though. The only good photo I got of this was a man doing the Lion King with it as onlookers were horrified. I did take a little video of it as well. 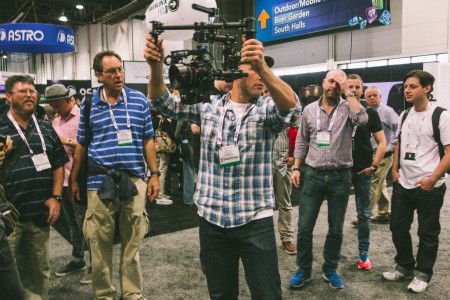 It felt fitting to shoot this man handling the camera in slow motion. Also, those are the real sounds of the people at NAB.

Phantom announced it’s own 4K camera that shoots up to 1000fps at 4K, the Phantom Flex 4K. The image I saw coming out of this wild animal is really smooth and has reached a cinema quality level. They are even saying that it will shoot 23.976 sync sound speeds so you can shoot it as your main camera in 4K and the image will be comparable to that of any other digital cinema cameras. These will come in around 160,000 loaded up. Oh and the 2TB CineMag that holds the footage is around 35,000, wow! 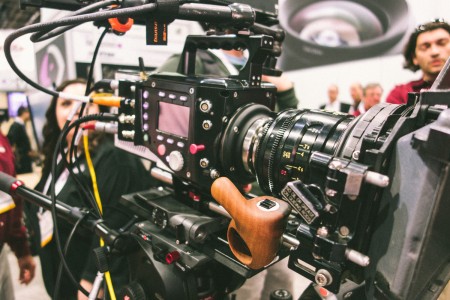 At NAB last year Red announced “6K resolution for 6,000 dollars”, with a sensor upgrade on the Epic camera with a sensor called Dragon. Coming across a few delays this year they started swapping out sensors today, at NAB. They built a “clean-room” at their booth and were literally building cameras at the show. It was cool to see an almost “behind the scenes” look at what happens to the cameras in the factory. Being an Epic owner, I’m excited about this and will most likely go for the upgrade at some point soon. I also got to see some proper 4K footage on a 4K screen at their booth and it has to be seen to be believed. The best way to describe it is when Apple introduced “Retina” on the iPhone. Only time will tell if it becomes adopted for home viewing. 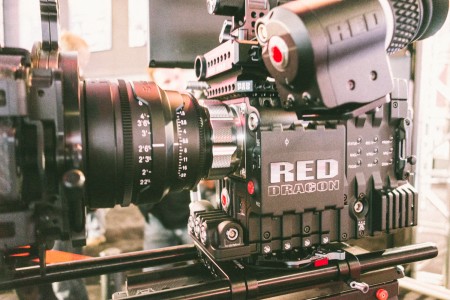 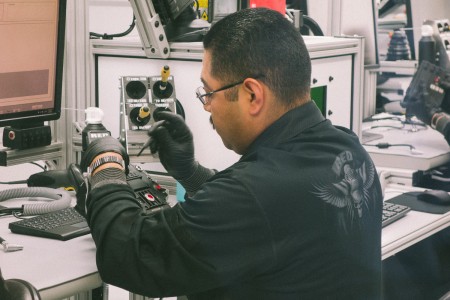 I didn’t have a lot of time to check out Adobe or Cinema 4D at NAB, but there is a lot of coverage here on what they announced prior to the show. Most of what they did at NAB was demos, since it’s software, not too much to handle. The big things they have announced are native support for Cinema 4D files inside After Effects, yes inside. This is one of the biggest announcements for me, since I spend a lot of time in both applications. Check out the link above to get all the details, but it’s really cool.

Canon didn’t have any new announcements at the show other than a new addition to their Cinema Prime family. If you follow Canon in the digital cinema world, or attended NAB last year, it was almost the exact same thing. Their lenses are great, their products are great, just nothing too shocking. 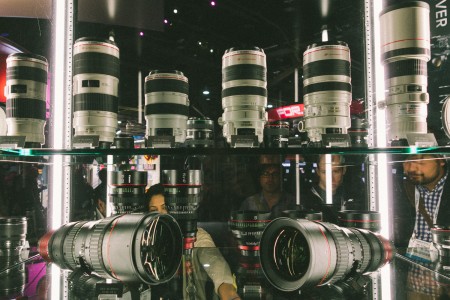 I did get to handle a couple lenses I am absolutely in love with, the Arri Zeiss Master 35mm 1.9 Anamorphic and the Leica 35 1.4. Collectively, they’re both a solid downpayment on a home. 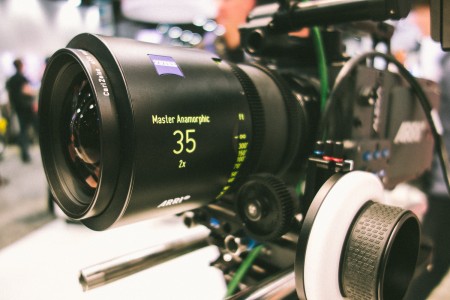 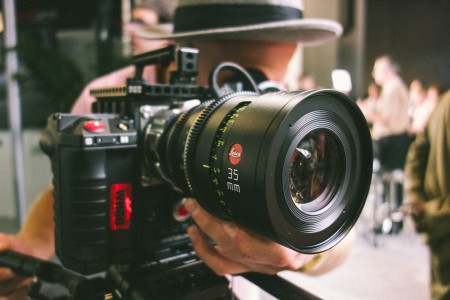 Blackmagic Design once again drew a huge crowd with two new cameras that stunned everyone. One is a camera that is literally a little bigger than an iPhone called the Pocket Cinema Camera. It shoots 1080p Prores, has 13.5 stops of dynamic range and is only $999.00. On handling it, it’s absurdly small and light. I can see this camera as a replacement for GoPros in some situations when you need a better image. I also see it for a lot of people that want to do visual effects work in a small light package. If a video artist or someone that works in After Effects that’s experimenting visually, they can have this camera in their desk with a lens and a couple batteries and really get some incredible footage out of it. Things like this are “Change Gamers”. 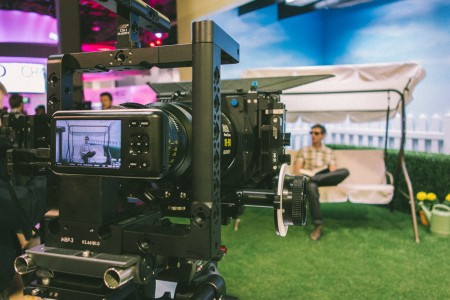 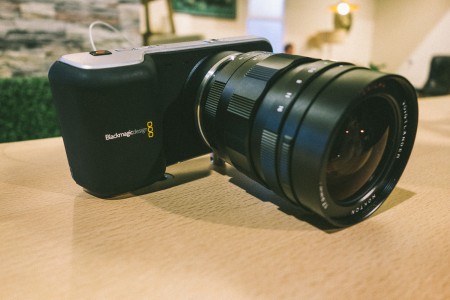 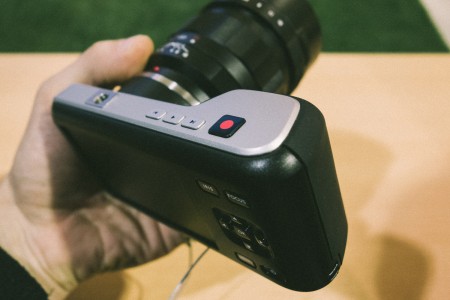 The next camera they announced was the Blackmagic Production Camera. This camera is a super 35mm sensor with a global shutter and shoots 4K. Here’s the kicker it’s 4,000.00. I still haven’t wrapped my head around this camera, but this also has such an incredibly low price point, every studio will have one. 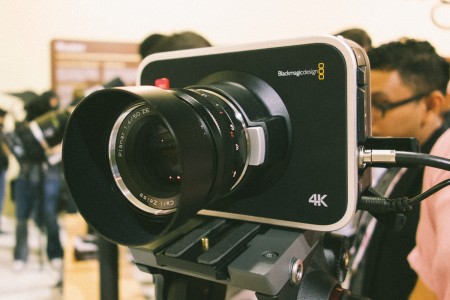 The one thing I think is great about these low cost RAW cameras is what’s going to happen in the hands of visual effects artists. A lot of the barriers to great imagery are completely gone now, which brings me to my takeaway.

What does all this mean? There aren’t any technical / visual limits anymore. I think now everyone has an opportunity to make great images and it’s in the hands of the artists now to make things happen. Sure we’ll all geek out on tech, but I feel like the DSLR movement is sort of over and now we have real robust tools made for making real stuff. 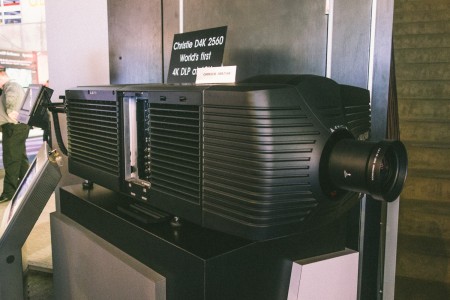 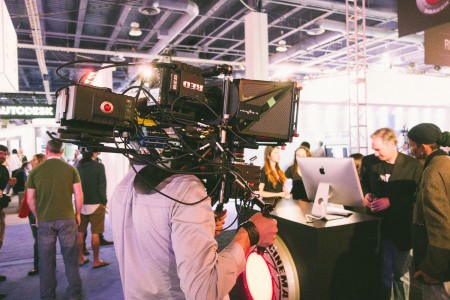 This guy was doing event coverage with a 3D Epic rig at 5K, no one has told him 3D is over. 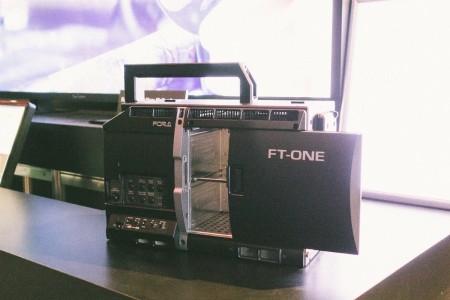 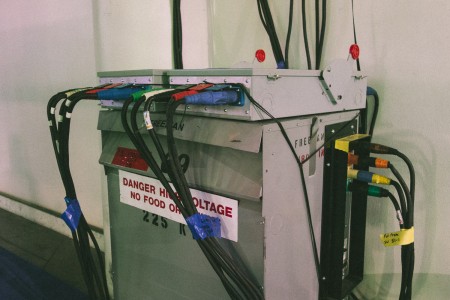 Grips are getting fired. 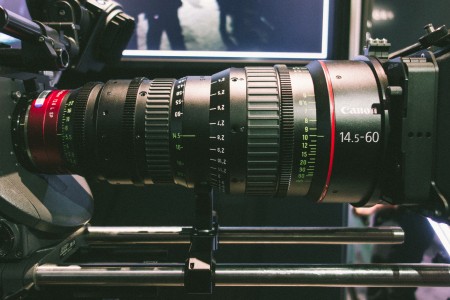 The nicest zoom lens at the show.

If you have any questions feel free to ask in the comments and I’ll do my best to respond. I did see a lot of stuff and just pulled a few of the stand out moments.

very insightful post. i’m not a potential buyer for none of these things, but i do rent stuff on a regular basis.

really like what you said about the Movi, its these practical point-outs you gave that really help us.

i’m very curious for some footage of the Pocket Cinema Camera, i’ll be looking out for that.

Absolutely agree on the Pocket Cinema Camera and the advent of RAW for everyone: now it’s basically all in the hands of the artists. I think we’re going to see amazing footage and visuals in the next years. Very exciting times indeed.

That phantom looks amazing, but alas waaaay out of any reasonable price range. Did you happen to see any slow motion cameras at consumer level price?

What is the record media for the Black Magic Pocket Cinema? Does it need an external record solution or does it record to a card in camera?

I went to NAB last year and had a great time, good to see awesome stuff coming out this year as well; especially looking forward to those adobe announcements hah.

haha, “no one has told him 3d is over”. i mean, who could get his attention while lugging that thing around?

haha, at first I thought it was a mistake but I love how you said “Change Gamer” not once but twice. Its “Game Changer”.

@Jon – Nothing that I saw at consumer level, the Phantom Miro is still the cheapest solution I’ve seen. There could have been some other guys doing cheap slow mo, but we probably would have heard about it.

@Landan – The Pocket Cinema Camera shoots to SD, they had it locked closed, but it’s in the area where the battery is. Which is good, cheap media.

@Caleb – I’d like to think when there’s a big announcement, a man, fills his pockets with quarters walks 15 blocks to the arcade and games….all night long.

Thanks for sharing. This stuff is ridiculous… would love to have some of that glass.

You forgot to mention all the unmanned aerial vehicles. There were at least a dozen different models, including one that was basically a retrofitted military drone.

@Ben – Yeah I didn’t get to see the UAVs, something I definitely wanted to see, since there isn’t a lot of coverage of them online that I can find. I take little jabs at 3D when I can…ha. Would have been cool to see that display. Did you catch the Sony 30″ or so 4K OLED displays? Mind-blowingly sharp!

Yeah, that Sony 4K OLED was some next-level shit for sure. Still, I remain unconvinced about the universal viability of 4K as a delivery format in the home. Unless you have a TV that’s at least 50″, the difference is going to be lost on the average consumer.