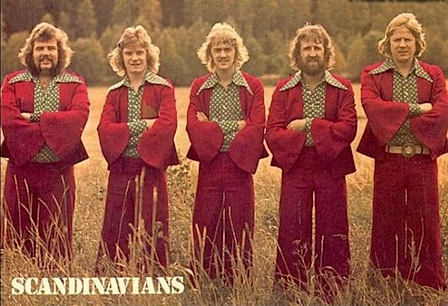 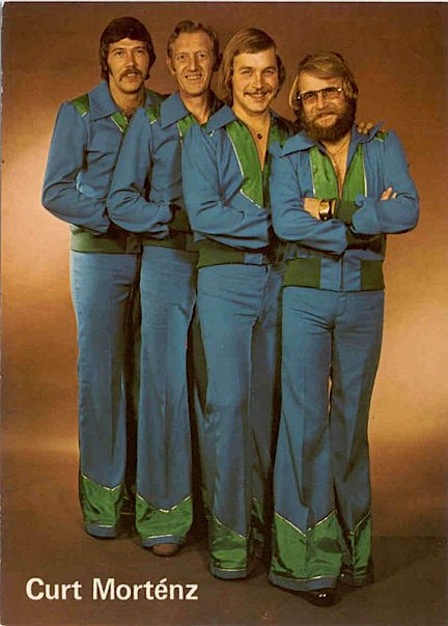 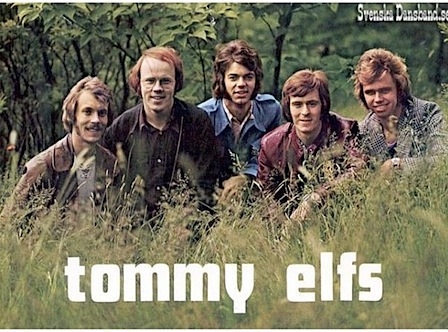 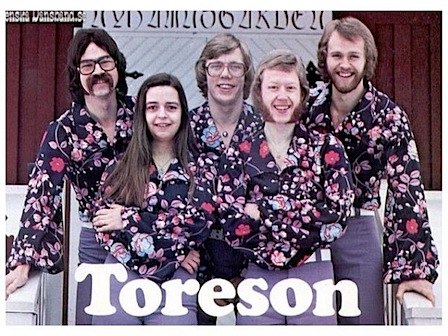 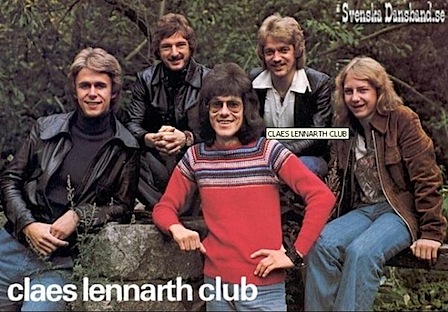 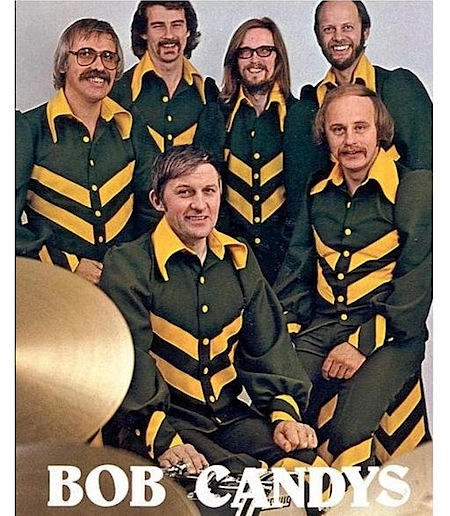 Completely amazing man. What ridicious photos. Someone should get all of those guys back together for a reunion photo shoot.

Clothing……well If they were to run fast enough, I think their collars would generate enough lift for them to fly.

Oh swede Jesus! Yes that was on purpose.

“…they then emerged from the cave, decided on Cooper Black and the rest is history.”

I bet at least one of these dudes is a manager at an Ikea right now.

Tommy Elfs…creepiest guys on the planet

If you would of put a bear next to the Scandanavians in the same outfit as the other 5 I would of probably not blinked once. As for Curt Mortenz I dont see one issue there i’m rockin’ that Hartford Whalers outfit this weekend with no shame but do they really need to be that close to each other?! I mean come on the photographer has the option to move back guys

Wow they really are cave mens and some of them look like a walrus like that guy on the right in Toreson.
Well this is definetely scary post

I read an recent interview with one of those spaced-out band members, he said something in the lines of “it was a tough competition back then, and you had to be seen by any means, and the bands drove each other to more and more extreme clothing.. even the musicians didn’t like the clothes often but they had to wear it, to get the publics attention”

Wow. This made my day. Hilarious. Although it was ugly, I am so glad those bands existed and these photos were taken. It will provide great amusement for ages.

Have a look at http://www.svenskadansband.se/database.php for a huge photo collection of swedish dance bands… it’s like taste didn’t exist for a while :)

Just curious, which one of these guys is Scott??

Pail skin & poor health aside. The hair and side burns are OFF THE CHARTS!

thanks for mentioning, Scott! I still can’t stop laughing about it!

and yeah, when I saw these photos the only thing I could think about it was: “ok, at least their typographic choices were quite good”.

Thanks a lot Scott.
The Dansband Scene has never been cool
and is mostly about gettign drunk and have sex
next to the stage. The fun part is that this kind of
music is VERY big in Norway, the country next to sweden.
So if you whant to find out why these people can make a living
have a look at Norway+70´s.

The scariest part of all this is that there hasn´t been much change in the clothing department of this type of bands i sweden. They have trimmed the sideburns but the silly clothing are the same. There is a big tv-show in swedish public service at the time which reminds of american idol but only these dance bands are allowed. funny stuff!