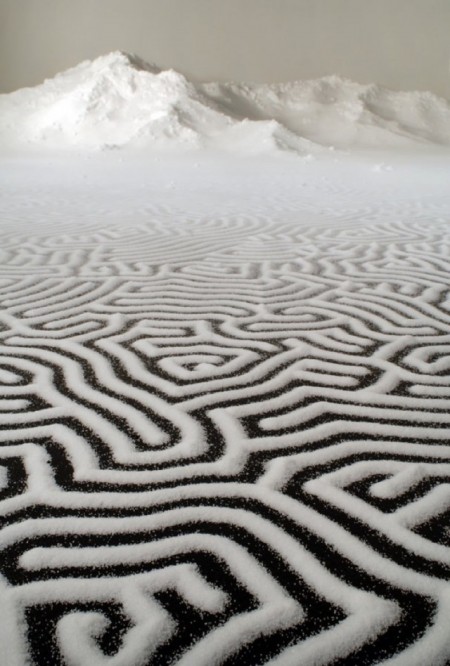 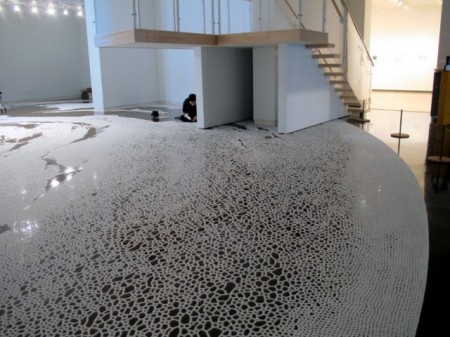 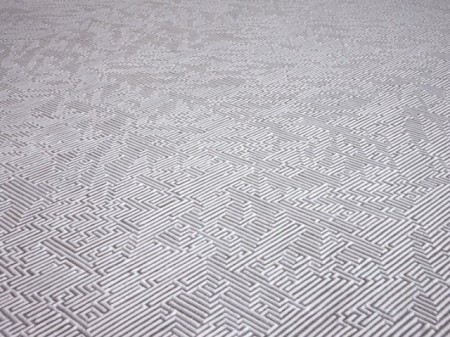 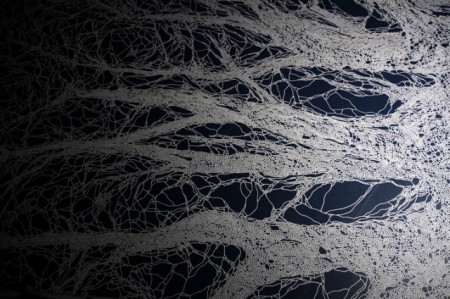 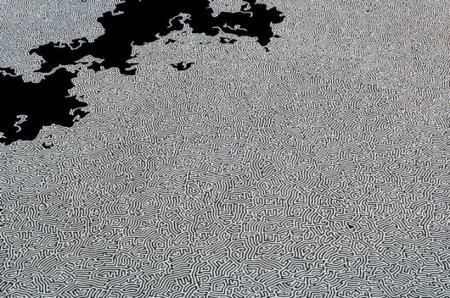 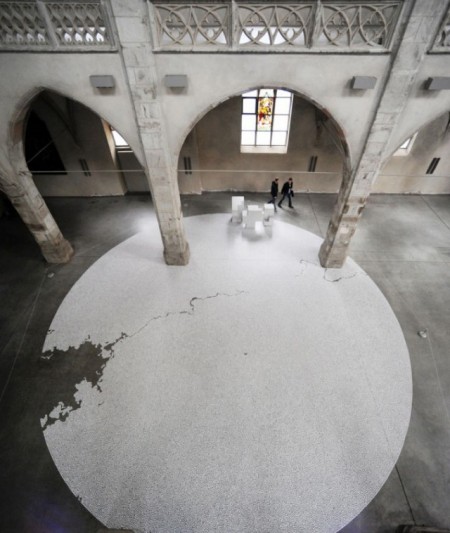 Japanese artist Yamamoto Motoi was born in Hiroshima, Japan in 1966 and worked in a dockyard until he was 22, when he decided to focus on art full-time. Six years later, in 1994, his younger sister died from complications due to brain cancer and Yamamoto immediately began to memorialize her in his labyrinthine installations of poured salt. The patterns formed from the salt are actually quite literal in that Yamamoto first created a three-dimensional brain as an exploration of his sister’s condition and subsequently wondered what would happen if the patterns and channels of the brain were then flattened.

Although he creates basic guidelines and conditions for each piece, the works are almost entirely improvised with mistakes and imperfections often left intact during hundreds of hours of meticulous pouring. After each piece has been on view for several weeks, the public is invited to communally destroy each work and help package the salt into bags and jars, after which it is thrown back into the ocean.

Hey its a heathered pearl

Wow, that is so incredible!

I love the idea of taking time to appecriate our accumulation . We’ve become so conditioned to expect instant gratification from everything accumulation seems to have lost its value.Thanks for making me aware of Motoi’s artwork. I love the simplicity of it. Just grains of salt. What happens to his artwork when he’s done? Does he destroy his artwork like the Tibetan Monks do with their sand mandalas?