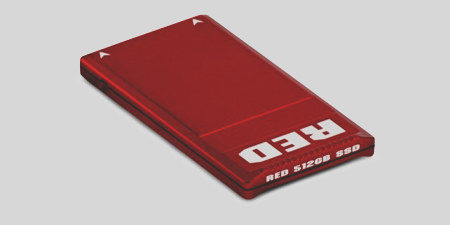 In 2005, I remember switching over to the Panasonic HVX200 camera and feeling like it was the coolest thing ever. It was really the first “affordable” camera that shot HD and was able to shoot slow motion, digitally, up to 60 fps in 1280 x 720p. This was when we were still squashing output to 720 x 480, 4:3, there wasn’t a Vimeo (really), internet video was slowly starting to ramp up and no HD options online. So, that’s the backstory.

Yesterday, RED dropped something that made me think, a 512GB SSD card that runs “Turbo”, which means low compression when shooting larger resolutions, such as 5K at 120fps. Red also states that it has faster offload times. This card price tag weighs in at $3,900.00 and it quite literally the size of an iPhone. My first thought was, this is incredibly expensive! Then I went back and looked at what we were paying in 2005/2006 for P2 cards. Relatively speaking, this isn’t that crazy for being on the “bleeding edge”. I’m not sure what they’re running inside the cards, but it’s definitely not an off the shelf SSD configuration inside there with the data rates the camera is capable of getting, sustained.

Of course cameras like the C300 and 5D Mark III shoot CF cards that are under 100 bucks a pop for 32GB, however they’re shooting 1080p. Which for a lot of stuff is enough and looks great, but they still don’t get high frame rates above 30fps at 1080p.

Just thought this was an interesting subject and something to think about regarding the future. What do you think? Are we going to be shooting on 2TB SSD cards in a couple years? Are those cards going to be getting fed an 8K resolution and are we going to be paying $4,000.00 again for those?

Also, I just checked on the Sony solid state cards, and they’re doing 1TB for $5,700.00. So I’m guessing it’s safe to say we’ll be using higher capacity, flash media in the near future. Always interested on hearing other people’s experiences and ideas about this sort of stuff.

That’s awesome stuff! Now we just need a better system for getting the Red Rocket card out into the field and hooked up via thunderbolt. There are options but nothings streamlined and easy. A lot of empathy for DITs, producers/directors are going to love the volume of storage but that poor guy is gonna feel the wrath of the crew when the progress bars aren’t moving fast enough.

@ James S – Yeah, I hear you on that. I think though, larger cards like this in rotation should make things in terms of offloading a little easier. It it a lot of “eggs in one basket” though. Especially if you can hold a days worth of shooting.

CompactFlash 5.0 has a theoretical maximum storage limit of 144 PETAbytes:

Equivalent to 147,000 TB! That’s kind of unfathomable today, but then the thought of fitting 512 GB on to a small SSD was similarly science fiction just a few years ago. SSD and CF storage capability will continue to grow exponentially, but as James rightly points out, the real challenge moving forward will be safely and quickly copying these vast files from source to destination.

With SSDs gaining traction in personal computing as well as video capture, I think it’s safe to say the spinning drive’s time on Earth is drawing to a close.

It has to do with the latency, MHz, and reliability of the chips. In the “old days” (pre-sdd) -to follow along your 2005 and pre timeline- We used hard drives (duh) with platters because Ram chips were too expensive. Then used the even faster memory types directly in the CPU as the L1 & L2 cache. (Which those Red Hard Drives are getting closer and closer too.)

In an ideal Hardware geek driven world. We would own computers that were completely powered by the L1 cache, including storage. But that would probably cost about $50K. (I’m sure someone out there has one.)

So the progression of memory speed, size (literally and figuratively) and cost follow the
SSD > RAM > L2 > L1 raceline.

Well, one of the best ideas I ever heard is to put them in some water and freeze them in the freeezr. That way, they don’t fit in your wallet, so you can’t take them shopping. If there is a TRUE emergency (like your car breaks down and you have to fix it so you can get to work for example) you can melt the ice and use your card. It just makes it so it isn’t so handy for all those impulse purchases and I have known several people who have managed to pay off their credit cards this way.As far as needing the information to cancel them, when you call in, they pretty much just need to be able to ask you identifying questions in order to make sure they are cancelling for the right person.If you are really serious about it and you don’t want these cards anymore, but just need to pay them off, then you should call up the companies and ask them if you can just cancel your account so that it is disabled and you can’t use it anymore you just want to make the payments and pay it off. You might be able to make some kind of arrangements that way.Also, if you have more than one and they are at different interest rates, the best way to pay them off is to make the minimum payment on all of the ones except the highest interest rate one. Then choose a certain amount that you will pay on that one each month that is more than the minimum. Then when it is paid off, use that same amount of money PLUS the amount you have been paying on the second one to continue to pay off the second one and so on and so on until they are all paid off.Good luck. It is a good thing to rid yourself of credit card debt. It can really get you into a mess that is hard to get out of. You will feel so great when you get it all paid off just don’t go out and celebrate by charging something again! lol