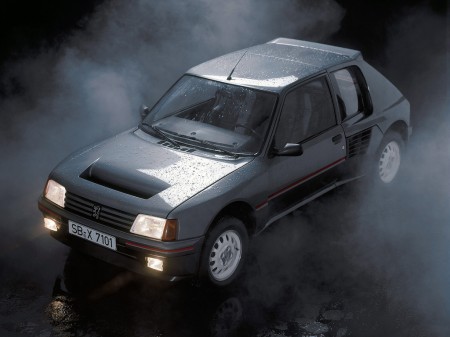 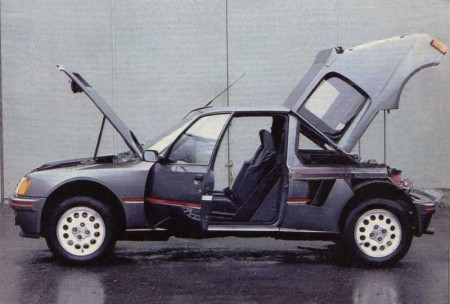 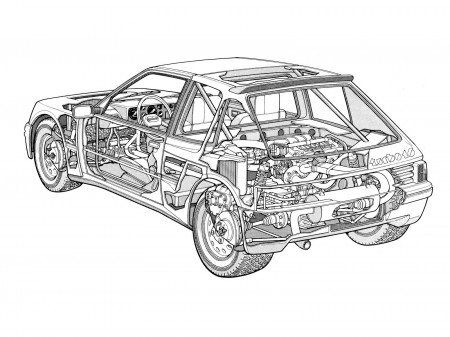 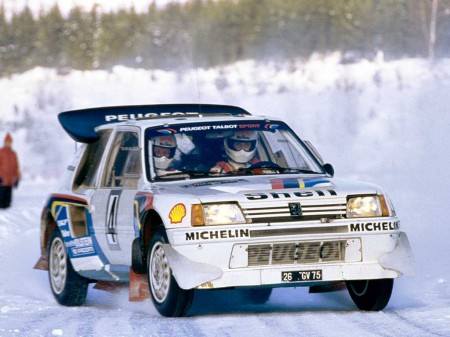 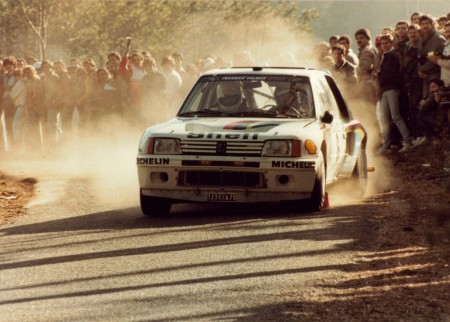 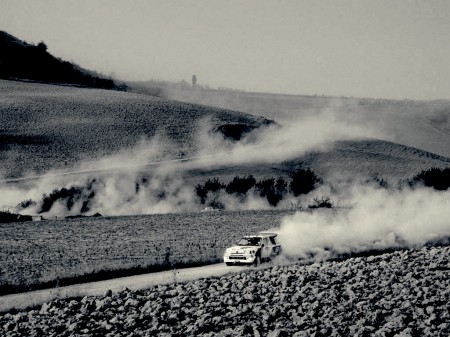 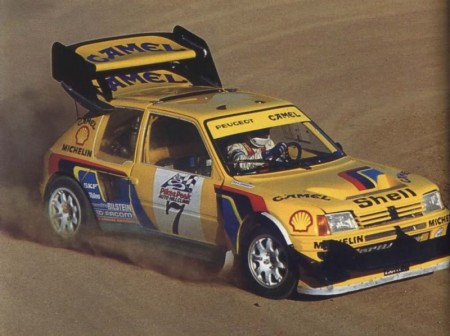 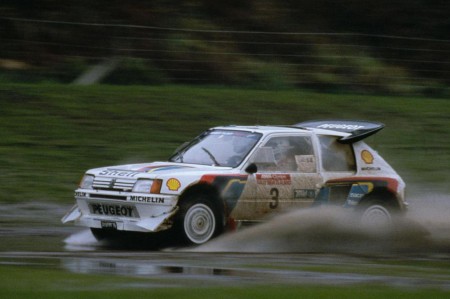 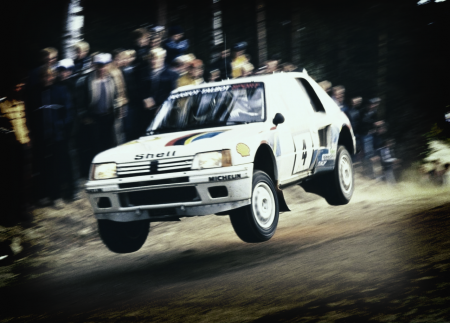 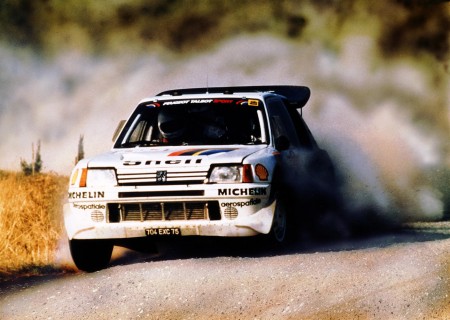 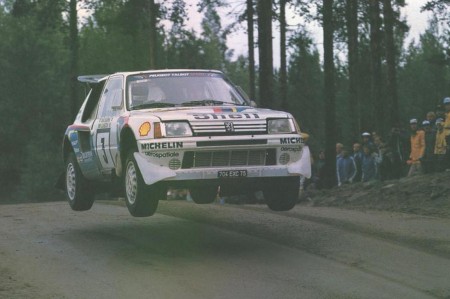 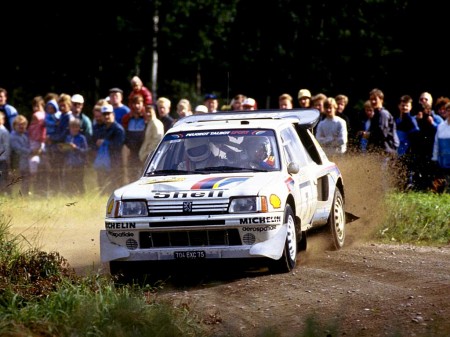 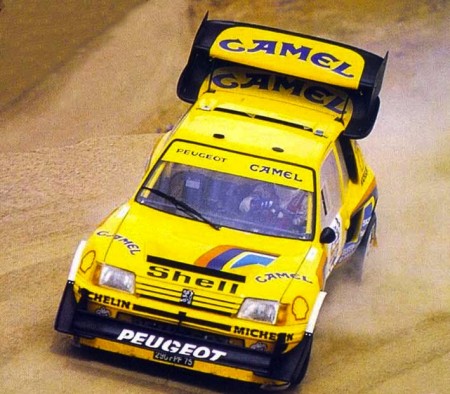 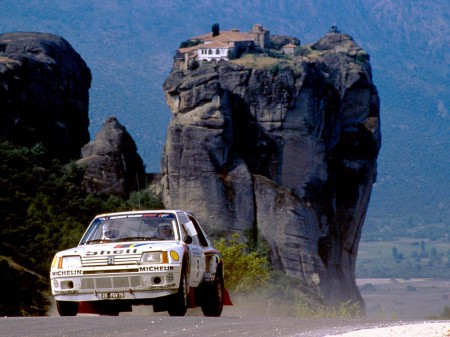 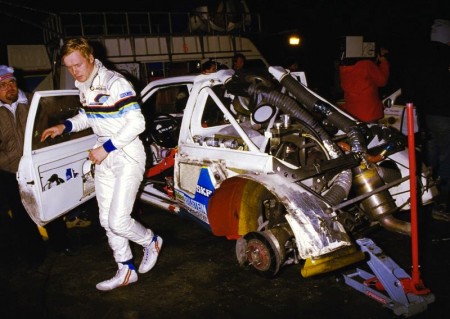 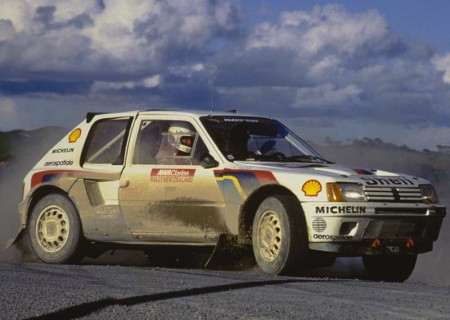 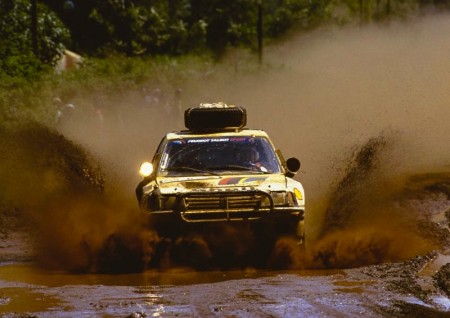 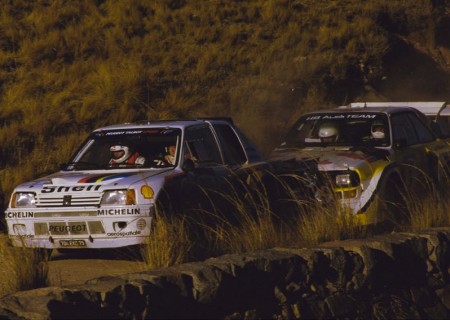 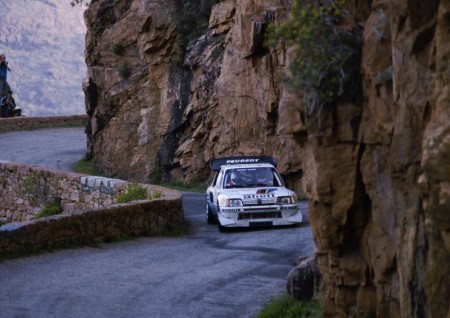 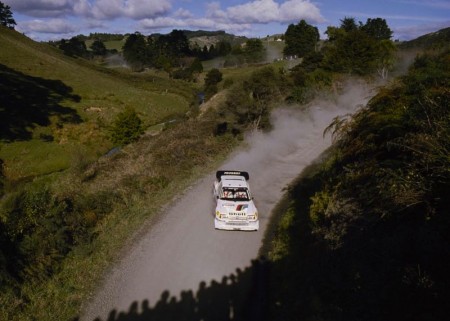 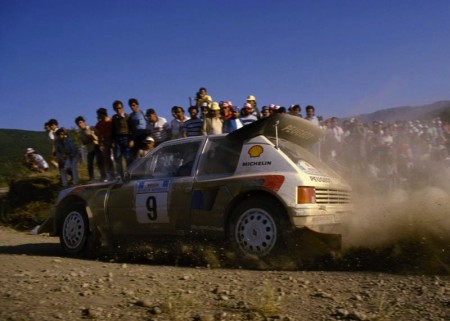 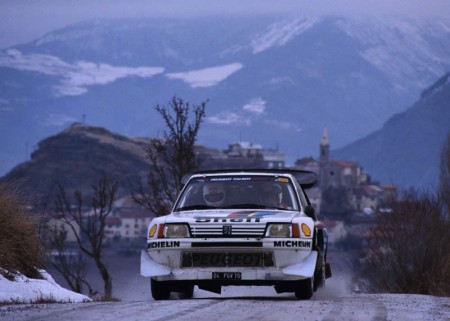 Homologated under the legendary and ill-fated Group B classification, Peugeot [allegedly] produced 200 neutered road-going versions of this MR layout hyper-hatchback. Featuring a turbocharged 1.7 litre inline 4-cyl engine with 4 valves per cylinder, 4 driven wheels, and a dynamic epicyclic drivetrain, this sophisticated vehicle ran away with the 1985 & 1986 FIA WRC drivers & constructors championship.

It was the last car to truly dominate in Group B before the class’s demise in the 1987 season. Its distinctive lines and vivid liveries were an instant classic, with my personal preference leaning towards the huge spoiler & bold Camel sponsored Paris-Dakar/Rally Raid motif.

I used to play this car in Gran Turismo 2 all the time, so awesome!

Ballsy…both the drivers and the spectators. Amazing skill to drive the cars at that speed with that control on those conditions. Truly amazing.

An amazing shape for a car

350 HP in a 2000 lbs car….never a bad thing. The thing I always loved about the 205 (as opposed to the Audis, which I still love) was that it was a completely purpose built car, made for the rules and without any shred of connection to the road cars. Some people hate that, I hate them for thinking that. Always, always in racing you need to push for the opportunity. BTW the later T16 evolution was called “E2” and featured the top-rear mounted wing and more of the front downforce elements (I believe some of the photos here, the ones toward the bottom, are indicative of the E2), I think it was 86-87 ish. Great post.

Always been a big fan of the Peugeot 205. I had even put together a little tribute poster a while back :)

@Sean Kane, wow that is great. Love yr site, too.

Ari Vatanen had a terrible accident during the 1985 rally of Argentina. He was driving this car and he was very closed to death.
Three years later, he won the annual Pike’s Peak Hill Climb Event in Colorado with another Peugeot, the 405 T16 (not a Group B car).
If you like rally cars you´ll love this:

Yes i’ve seen Climb Dance, it was an award winning film. I was going to do a post about pikes peak and feature this video, maybe not now.

Cant stop watching the pikes peak video…great follow up. This is awesome.

I want that shirt……..screen it on american apparel and I’m sold.

where the 13 picture was taken?