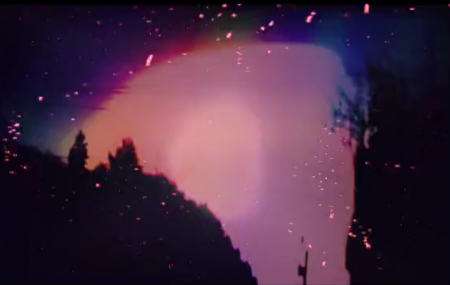 Fascinating new video work by one of my favorite video artists Sabrina Ratté, this is from an ongoing project called Plink Flojd which is a super audio/visual collective started by David Quiles Guillo. When I saw Sabrina do visuals for Le Révélateur it was incredible how the visual identity was perfect for the music, soo many “VJ’s” get it wrong or end up trailing off and making no sense with the music and this was one of best accompaniments i’ve ever seen.

Sabrina Ratté lives and works in Montreal. Her video work mixes digital and analog techniques and often deals with the diverse manifestations of light. She is also interested by the relationship between electronic music and the electronic image, and she often collaborates with musicians in different contexts. She has an ongoing collaboration with composer Roger Tellier-Craig, with whom she also performs live video projections. Her work has been shown in different galeries and festivals internationally, and her recent videos with Le Révélateur have been released on DVD by the San Francisco Label Root Strata.

And here’s a video from last year for Boxcutter’s track TV Troubles.

UGGGHH I WANT IT ON MY SET

Beautiful, and this music video by Sabrina Ratte :