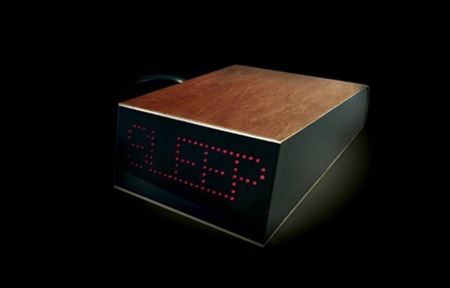 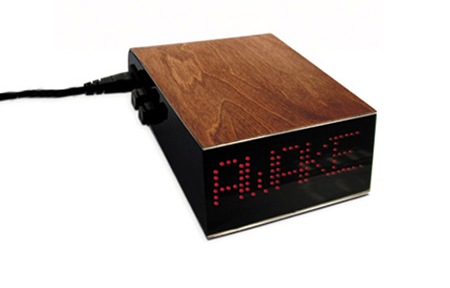 I only sleep on Sundays.

Well, last night I dreamt that I hijacked a railroad cart, or something extremely small from the postal service, and fired rifles up in the air, and had a unpleasant meeting with youth…. will I miss this sort of stuff with the davinci sleep? I sort of like to wake up in the middle of the night laughing.

I think that the Flaming Lips said it best in the song Bad Days. There’s something valuable about being able to dream.

This reminds me of Buckminster Fuller’s practice of “Dymaxion Sleep.”

“Eventually he had to quit because his schedule conflicted with that of his business associates, who insisted on sleeping like other men.”
-TIME 1943

A bit off topic but he also dedicated himself to the “Dymaxion Chronofile” – a scrapbook he used to document his life every 15 minutes from 1915 to 1983.

my friend tried this for about 2 weeks, he found it to be very productive, but there were times when he was extremely bored because no one else was awake at 2 am. i dont think anyone needs that much time. sleep is far too important.

Well during the semester when school is in full force that is pretty much how I operate during the week. Having 4 design classes with projects due every few weeks keeps me beyond busy especially since I work about 15 hours a week as well. Sometimes I don’t even know how I do it. I think to that my passion and drive for design and knowing I’m so close to graduating helps keep me thriving (for the most part). Though sleep is always something I crave at about hour 17 or 18.

It’s not just cutting it down to those few hours – you have to train your body to go directly into REM/regenerative sleep. The theory is that if we sleep for 8 hours we spend roughly half that time getting into and out of REM. If you trim the fat and cut right to the chase, you can get away with sleeping less. That’s the basic idea, anyway. I have no idea how to do this, but it’s always been really appealing. Somebody should start a web site about it or something. Or at least a forum.

It’s also called the Uberman sleep. It sounds absolutely crazy, and something I’d consider if I could have ultimate control over my sleep pattern. This one guy (http://www.kuro5hin.org/story/2002/4/15/103358/720) talks about his experience with this. You need a ton of things to do to keep yourself busy. Might be good if you had lots of 24 hour places to hang out in so as to not go crazy.

I immediately thought of Buckminster Fuller too. I believe what he did was something like work until he got tired and then take a short nap until he awoke, etc. on a totally freeform schedule. Kind of a “sleep when you’re tired, eat when you’re hungry” philosophy as opposed to a schedule driven lifestyle.

A while ago, I read an article on the subject, Steve Pavlina tried this out under a longer period of time:
http://www.stevepavlina.com/blog/2005/10/polyphasic-sleep/

I followed a similar sleeping pattern during a end of semester project which required me (ok, i say required, but i really mean i made the stupid decision to do it) animate by hand 5 minutes of film footage at 18 frames per sec in a week.I would be in bed by 5:30 and up at 8 :30 to continue working.My body seemed to adjust to it, but that being said , it was a pretty brainless task of tracing film frames, so im not sure weather it would of worked for a job requiring me to actually think.

Its a cool concept but not really doable unless you’re either a college student, self employed + single, or totally off the grid. No employer would ever put up with 2-hour naps in the middle of the day, and any relatively normal girlfriend / boyfriend / spouse or roommate would probably murder you for tinkering around the house every night at 4 AM and sleeping at dinner time etc.

Yeah that’s the main issue with it… everyone else being on a ‘normal’ sleeping pattern. Would be interesting to try though… I remember Kramer from Seinfeld never had much luck with it :)

Check out some of this guys vids. he talks about his experiences with a polyphasic schedule

I think Ron summed it up rather well.
Sleeeping patterns for students and self employed singles.