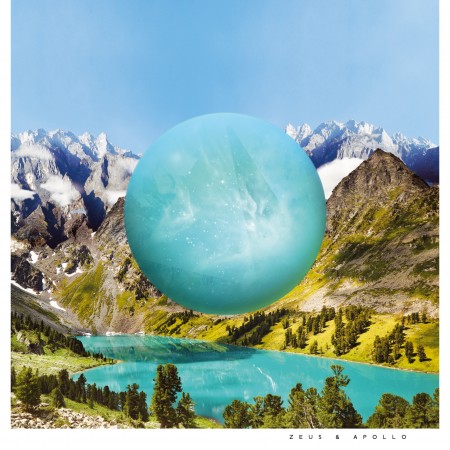 I’ve interviewed Sam Grawe before, he’s the perfect fit for ISO50 in my mind, his slow motion synth work as Hatchback meets the Editor In Chief of Dwell Magazine.

ISO50 Just listened thru your new record Zeus & Apollo a third time, whats in the water in SF? you synth guys make it sound effortless, people don’t see how much a handful of you well put together 30 year old men (The Beat Broker, Sorcerer, etc) are changing the face of Adult Contemporary in the background into this finely widdled down masterpiece of a genre, can you explain yourself?

SG I think we’re just trying to make music that we would like to hear ourselves. I’m not really a part of any music scene out here per se—especially since moving north to Marin—so its all about making something that you would yourself want to listen to. We all work for a living, with wives and kids and mortgages and that kind of business, so all that helps you maintain a low profile. Last but not least, I’m not really ashamed of the fact that most of the music I listen to is from 1982 or earlier. I’m not saying that to prove how cool I am, but in fact the opposite. There’s a different attitude with music of that era, much less of a developed sense of irony—like, you couldn’t possibly put a sax solo on a track now, or sing about sailing—and I think its freeing just to get into music that comes from an honest place.

ISO50 You go from Editor of Dwell Magazine back home and do Hatchback, the emotion in the music is calming, your even comfortable with calling it New Age, can you explain how you keep yourself composed? because i’d be an anxious mess of excitement if I was in your position(job wise), i’m asking that because I respect you and your projects and most importantly your tone always seems to be relaxed, do you ever freak out over there on the west coast?

SG I think I release all my anxiety in my dreams. Every night while I sleep I pass through these incredible vignettes of stress—stressful situations spawning even more stressful situations, like trying to find your flight information before you realize you’ve lost your passport only to end up in a car that is skidding around like its on ice—so when I wake up, I am actually relieved to be where I am, and feel pretty good. So, that being said, I don’t really make mellow music to somehow unwind.

I’ve always liked “new age” music, so I don’t really have a problem with labeling it that—new age without shame! It’s much better than “Balearic,” which is a scene I have absolutely no connection to whatsoever. I remember listening to Music From The Hearts of Space (http://www.hos.com/) on Vermont public radio when I was a kid, and my mom had some George Winston and Enya and Windham Hill type of stuff that I would put on. As I got older and started buying a lot of old records, the new age bin was always the place where you would find the rad imports and synth records that the clerks had no idea where else to file. Even at Amoeba in San Francisco you used to be able to get the coolest records for $1 in the new age bin. 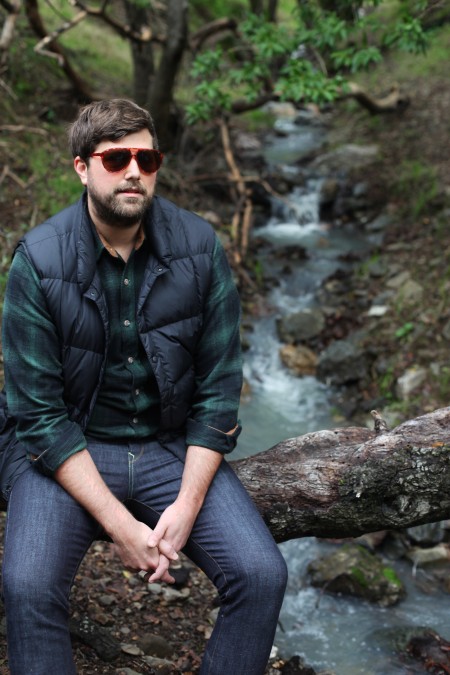 ISO50 What do you not like about New Age when you hear it done by others?

ISO50 Can you explain the Dream Chimney community? how did you get involved? what makes you keeping coming back and contributing on there?

SG I kind of come and go with posting tracks, but I’m a daily lurker. I’m usually just too busy to take the 20 minutes to sort out a post, and I haven’t had the energy to rip vinyl in a long time, but I feel a strong connection to the site, so it’s hard not to check in a couple of times a day just out of habit. Long before the word blog even existed there was The Dream Chimney, and it was so cool to get exposed to all kind of different music from all these great music dudes and friends. Back in the day it was largely made up of folks I knew from the music scene in SF, so it was like the place you all hung out during the day before you might see each other at a show later that night. If you were lucky maybe you would get schooled on some crazy synthy progfolk or CTI style beard jazz. There’s an element of humor to it that some people don’t necessarily pinpoint, like in the genre labels or the tags, that never really gets old to me.

ISO50 Can you suggest a Prefab home at an affordable price that you’d live in for more than 10 years?

SG Keep dreaming. But I did see this protohome just yesterday, and was fairly impressed.

ISO50 I noticed the percussion on the new album is almost non existent especially compared to your last record Colors Of The Sun, was that a conscious effort from the start?

SG Yeah, it really was. I think after the Hatchback and Windsurf albums came out I was glad that some people were into it, but it was also strange to get lumped into this cosmic disco nu-balearica movement and to get criticized for somehow hopping on a bandwagon you never even knew existed. So I started making tracks that were more ambient or new age thinking that it would be more fun for me, and wouldn’t have anything to do with what was going on in the music world. I had had this idea of a new age “band” called Zeus & Apollo kicking around so I just went for it, fairly consciously thinking of it all as a whole package. Honestly this is closer to my default setting. As much as I love funk, jazz, funky jazz, etc. when I sit down to play at a piano or electric piano, this is the kind of stuff that naturally comes out. Also when it comes to programming drums I usually think what I do sounds pretty horrible, and its really tiresome, so this was a bit of an easy way out.

ISO50 Something your fans might not know about you?

SG I have other fans.

ISO50 Dream gig (location, mood, pick a show opener or closer) and how important is it to you to have a live show? what would want your fans to see on stage for those 45 minutes if the sky was the limit?

SG i’ve been dreaming of doing a show in a planetarium. I’ve always been obsessed with a sort of total immersion entertainment—like an audio visual version of the Audium here in San Francisco; or actually a musical version of the tech in Brainstorm would be better yet.

But to really dream big, I think the most amazing place to play would be at St. John’s Abbey in Collegeville, Minnesota. It was designed by Marcel Breuer, and is quite simply, an amazing and inspiring piece of architecture. I love me some brutalist concrete.

ISO50 Do you collect anything other than music gear?

SG I have quite a few pieces by the Finnish designer Tapio Wirkkala. He was a total renaissance man—with one foot in the modern world and the other in primordial nature.

SG I really like the last two albums by The Alps—III and Le Voyage. I also like this guy Rob, who released the best two albums of the 2000s that no one heard (Don’t Kill and Satyred Love). He’s released five or six of these mini Dodécalogue eps, which are stunning. The only problem with Rob is that he’s impossible to google. My favorite new music of the last few years is probably 9dw. We became friends after doing a couple remixes for them and even did a short tour together in Japan in 2009.

ISO50 If you weren’t working with music or Dwell, where would you work?

ISO50 Who would you want to take out of hiding and sit in the studio with,
even if it was just for one song?

SG I’d love to have Vangelis and his CS80 pop by for an afternoon. But I think I’d be pretty embarrassed by my shabby rig. My other greek option would be Iasos!

SG One of the lamest things about living in San Francisco is that is so damn cold every single day of the year. Bye bye short sleeves. I grew up on the east coast, in Virginia, and even though it was muggy and crazy hot during the day, there’s nothing more pleasant that sitting outside in the evening and feeling that residual heat burn off in the night air. Hotaru, the fifth track on the record, is Japanese for firefly, and was inspired by a kawabata book I was reading and catching fireflies. There’s something really beautiful about fireflies—not only the iridescence, but also how they all start on the ground while its still pretty light out, but as it gets dark the float higher and higher into the trees; there’s this kind of gentle rising and dispersion, and then they’re gone. So sitting outside on the deck in Virginia, sipping on a cool drink, watching the fireflies. I think Hotaru would be a nice soundtrack for reliving that moment.

Hatchback – Zeus & Apollo is out on Lo Recordings next Monday.

good to hear this at work
thanks!

Been waiting to hear something like this for a long time. Cheers.

I’m loving this so much. We need more music like Hatchback here on ISO50 n.n

Yes,.it’s monday ,so it’s out now.
Gonna buy this shiny pearl.
Thanx, for the tip Jakub. This one is so great.
Greetz from Amsterdam

The interview was great. Thanks for posting

yes! this is such a surprise. been waiting for this next release. kudos!