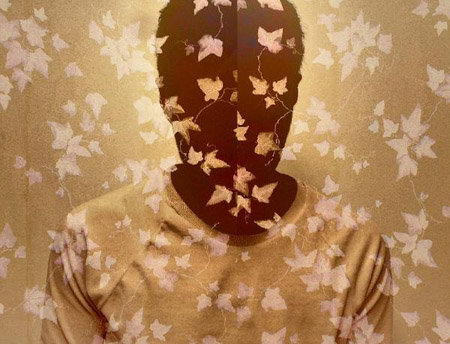 I was an ardent fan but Slowdive aren’t that impressive live although Spanish Air knocked me on my ass live. I saw Ride, Slowdive with My Bloody Valentine back in the day when they all toured together in like ’95 I think. My ears are still ringing from the wall of nose generated during Only Shallow. Ah Creation Records…those were the days.

You’re a lucky man, all i have is this:

that is a very good list, but i would add Somtimes off of My Bloody Valentines album Loveless to the list of perfect shoegaze songs. thats just me though.

Not long ago, I made an unofficial music video for the track “You, appearing” by M83. It was a concept that I had in mind from the first time I heard the track, so I just had to do it :) Here it is:

i remember playing slowdive, poolside, in the mid-90’s at school, and people asking if the disk was skipping; beautiful stuff, wonderful

Youtube is the best time machine ever. I spent a full morning watching Swervedriver videos a few weeks back. I wish they came to Vancouver on their “we’re not dead yet!” tour. I’ve only seen them 4 times and could use another dose of Sandblasted.

I’ve been looking for some more Reflecting Skin ever since I heard him on the Ghostly Swim mix…very dark but very good.

ahh…souvlaki. that has to be in my top 5 albums of all time. i never saw them live either… i like the mojave 3 stuff and neil halstead’s solo stuff, but it doesn’t move me like slowdive.

Hey Scott, I haven’t posted on here before, but I’m an avid reader of your blog and I love all your work. I just wanted to let you know that the song on the Watchmen trailer is The Smashing Pumpkins…if you didn’t know already. It’s the song “The Beginning Is The End Is The Beginning”. It’s on the band’s Rarities and B-Sides album that came out in ’05. You can get the song (or the album) on iTunes. Take care!

It’s great to see somebody rep some early Verve on this website. Nobody made any worthwhile Shoegaze albums after A Storm in Heaven and Souvlaki, because they essentially were an exclaimation point to the “Scene That Celebrates Itself.”

Man, I only had my first encounter with “The Reflecting Skin” recently when Scott posted news on the Ghostly Swim album.

I can remember clearly when I heard first heard the song Traffickers. Listening intently as the song started, and then without call, that mean monster bass line kicks in and you can’t help but be moved. Makes you feel like looking upwards with both hands next you your head growling. It’s really quite ineffable, the songs are just so powerful, so much grunt yet deep.

The trailer music from Hybrid for “The Spirit” really caught my attention in the theater, so I can relate to what you mean by it being a memorable experience. For once I can recall what the preview was about, and it did its job well, because now “we’re” talking about it, and it peeked my interest to perhaps actually go and see the film.

1997’s horrific “Batman & Robin”. The one with Schwarzenegger in a wannnabe RoboCop suit and Uma Thurman focusing on the check and waiting for QT to hurry up and finish writing the “Kill Bill” script. Or at least looking to reclaim some acting respect in “Gattaca”.

That it indeed works so well in the trailer for “Watchman” (which looks *so* far beyond what I could ever had hoped for that I need to stop, lest I hope too much… ;-) in interesting to say the least. And here I was thinking that Billy Corgan was dismantling his former band’s accomplishments with asinine statements and “reunions” with only one-half the original band.