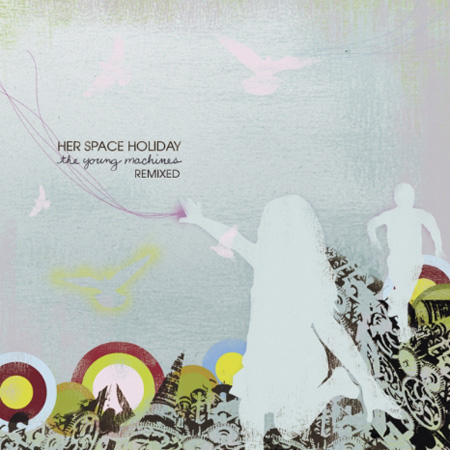 your album leaf track is the other way around for me. I’m a big Her Space Holiday fan, but I never got around to picking up that remix album of The Young Machines. Album Leaf’s remix is good stuff. I strongly suggest everyone check out the original version of the song by Her Space Holiday, though. It’s a really nice track.

Tangent: Of all the great, creative band names out there, I think Her Space Holiday is my favorite band name.

as for the burial remix, i’m thinking (hoping) that it’s on his (her?) upcoming DJ Kicks compilation, which has some other burial-related gems.

Midlake is one of my favourite bands and this remix is really something. thanks for posting!

but this tracks all very interesting

Jakub – The Album Leaf is SUCH a great arrangement – I love it so much!!! Thanks for posting hey