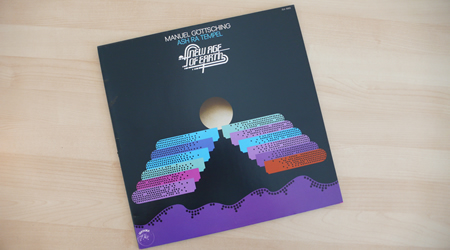 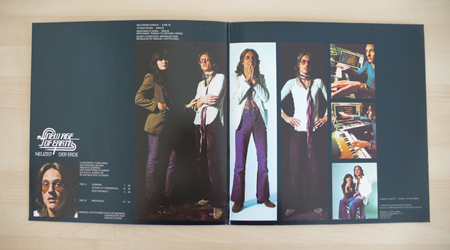 woooord. Welcome Beamer. I know how hard it is sometimes to pin down a #1 album. At least it is for me! Very interesting choice! Very cool too.

wow man, nice track! will have to check the whole album. Loving that album cover too, are those like programming punch card patterns on the tape? awesome.

@AndresM: No kidding. Though in a 20 minute conversation with me, you will probably hear me say “That’s my all-time favorite album” at least 3 times. Though I might really mean it with this one – who knows.

@Scott: 1st edition pressing is in the mail.

And thanks for the welcomes! Glad to be here.

for sure, I think I have a new favorite album every week…… but they’re all so good!

@Scott – It sure is a punch card reader. It was the EKO Computerhythm (Not related to Roland’s Compurhythm), the same drum machine used in Jean Michel Jarre’s Oxygene. Less than 25 were made.

We should get together and build something similar ;). I’d kill for one.

Nice track, feels like an old sci-fi movie, very immersive. Welcome, and I look forward to reading your posts!

So i pressed play on the player and went to a few different sites as tabs and totally forgot i pressed play and i was like where in the hell is that song coming from?!? i was honestly about 3 secs away from emailing like 5 websites asking for the in their background music because it was amazing. I just emailed this post to like 50 friends and told them that we should just all stop making music because we have a winner for best song.

Beamer, you’ve been holding out on me! How long have you been waiting to NOT tell me about this album, only to make me read about it on ISO50 and then realize that i don’t really know you at all. how could you! :P

@Ajit – Sorry! I only had it on vinyl – I had to buy an mp3 version just for this post. You guys never hear the good stuff – it’s all hiding at my house ;)