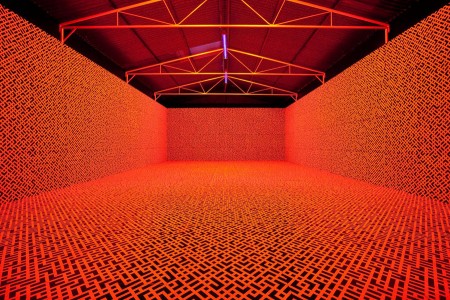 I was just digging in deeper into the Wierd Records[its not spelled Weird, I triple checked] catalog and this song by Frank grabbed me over and over, the guitar line reminds me of some huge 80s hit, is it Dire Straits? no, I don’t know what it is but its buggin’ me, either way its pretty poppy for a cold wave label and thats what makes me keep going back to them.

I wanted to include Alice Cohen in my playlist I did for Olde English Spelling Bee but somehow she slipped thru the cracks, what a great spacey track, the magic here is that she made it so short, it makes you want to play it over and over, smart and talented this Alice girl is.

I’m not going to pretend I know world music, its something I wanted to get into but its a slippery slope, I could end up listening to alot of stuff I don’t want to hear for hours and be disappointed and hate that I spent the time but this song by Diakari Dia Diakite dit Dia almost puts me in a daze. The rhythm keeps me wanting more while his intensity keeps me interested on what the song is about and i’m going to quote Anchorman to end this post: Ron Burgundy: “I’m sorry, I was trying to impress you. I don’t know what it means. I’ll be honest, I don’t think anyone knows what it means anymore. Scholars maintain that the translation was lost hundreds of years ago.”

So maybe some of you want to know what the label 4AD is up to, well the last mailer I got this song by Broken Records, i’m on the fence about it, is it too alternative radio rock for the label? part of it grabs me but a good portion of the song pushes me away and worries about 4AD’s future BUT I trust them so I keep checking back.

The guitar line in “Frank” instantly reminded me of ’80s hit “Echo Beach” by Canadian band Martha and the Muffins.

i think your thinking of blue oyster cult don’t fear the reaper, the beginning is spot on.

I think it’s probably Don’t Fear the Reaper as well.

As for world music, it’s SUCH a slippery slope. Some of it is so awful, prepackaged Starbucks music… Maybe give Anouar Brahem a try? World Music + the ECM sound/recording ethos = pretty amazing.

Smart Products China Co., Ltd established in 2004, is one of the leading manufacturers in the field of novelty gifts industry, specializing in manufacturing and developing high-tech, creative and environmental-friendly products, ranging from Electronic gifts, Plastic gifts, Toys gifts to Silicon gifts.

With more than 5 years’ experience in R&D and exportation, Smart Products China Co., Ltd has already built a strong team, being expert in manufacturing, innovating, designing, sourcing, selling and quality inspecting. Our unique products and professional service can help you make a great different business against your competitors.
We always adhere to the principle “establishing the mutual trust, pursuing the mutual benefits” Our company will be the reliable supplier for your successful business.

I think that China Gift may be onto something! Also, there are like 3 notes in that Frank song that are just like the Reaper, but not a total ripoff. Sounds more similar overall to “Echo Beach”. Love the blog!

Don’t fear the reaper on 3

anyone else think of Hand in Glove when they heard the Frank track?

Coeur Hant is absolutely mesmerizing,, I certainly agree with the comments comparing it to blue oyster cult and martha and the muffins but this has something else. Do you know where I could find some more ‘Frank’?