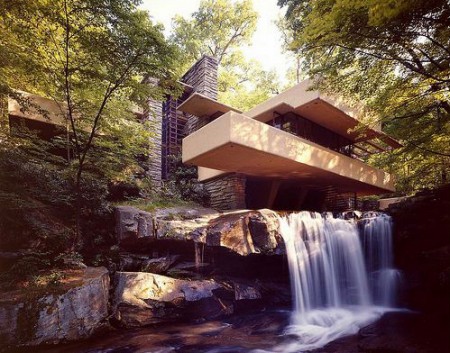 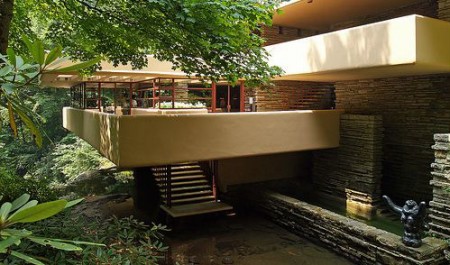 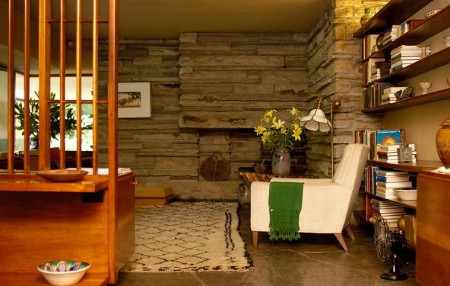 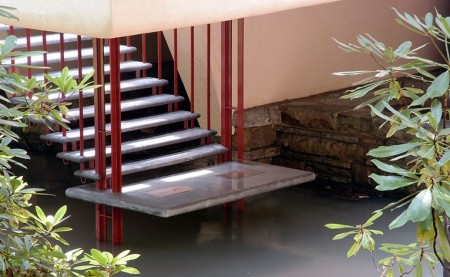 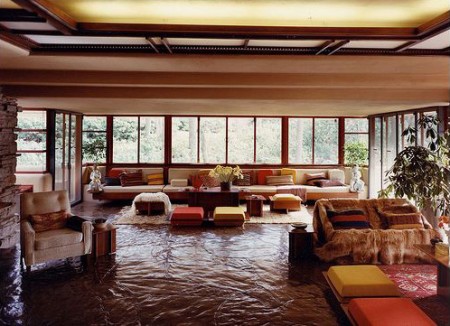 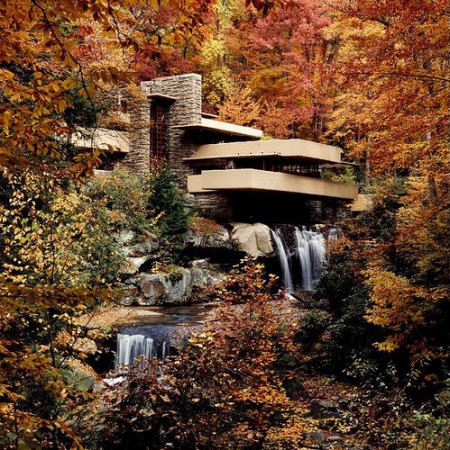 I found out recently that Autechre’s Envane EP cover art (designed by The Designers Republic) was a stylised trace of the first photo you’ve posted. Looks like there was method in TDRs madness!

Had the pleasure of visiting twice… killer place.

One of my favorite pads, thanks for reminding me of its glory!

Get the lego version! its cool! :)

Great post. I desperately want to go see this.

My parents have seen Fallingwater. So have I, but I was a baby…dammit.

Introducing this house is like introducing photoshop as if no one’s ever seen it.

Leaving snide comments as Anonymous is like designing without grids, you might make your point but no one will want to look at it.

Nice to see this again…

My grandfather was on site when this was being built — apparently there was much discussion in the local builder community over that use of cantilevered concrete. Sort of like the controversy over the dendriform columns in the Johnson Wax building in Racine.

And yeah, snide comments are boring.

@Vance—What a cool experience that would have been!

The columns of the Johnson Wax building are really something else. I hadn’t seen that building prior to your mention.

Yeah I have to agree with Kermit, I just found out about it as well. The book that joined the special edition of the Warp 20th aniversary box had a nice explanation about it.

Discogs has bigger and a couple of more pics showing this work.
http://www.discogs.com/viewimages?release=2504

Good find! I as well hadn’t seen this piece until now.

The design of Falling Water shows a brilliant execution of vision. It could literally render a person speechless. It’s one of those homes that’ll NEVER become passe.

One of the best creative visions and accomplishments ever!

Ambitious project.
How will the structure stand in time against erosion from the running water? I assume the area must have been significantly reinforced artificially.
How about maintenance against high humidity effects?

From a pragmatic point of view, I see this as a museum rather than a day-to-day living facility.
However, an inspiring point on the timeline of man-made habitats; which is what the architect intended, I believe.

I have visited many off Frank Lloyd Wright’s Creations and find that Falling Water was his best. One of the most recent works that I visited was the Holly Hoch buildings and home Adaline Barnsdall which was the worst creation I have visited. Although it had some remarkable detail it seemed to lack Wright’s personal touch. This lack of touch could have been the culmination of the woman inwhich the design was for or the fact that Wright was some 2000 miles from the site overseeing the building of the imperial hotel.