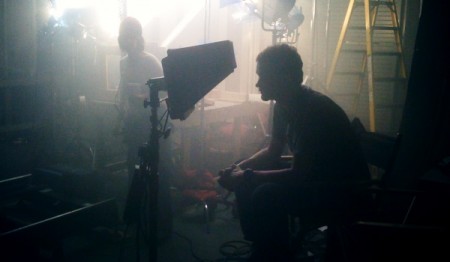 it would appear that 60fps was actually in the firmware and they removed it due to some heating problems. ALOT of people are asking for it by emailling Canon directly. It is this kind of widespread customer feedback that even got us the 25p. A good site to learn about the firmware and all other things 5D is http://www.cinema5d.com

The firmware section shows you how to contact Canon and add your request for 60fps. I have a feeling they WILL add it in the future if enough people request it.

Stu’s a great resource. I’ve learned a ton from his book/blog over the years.

I love that 60fps is available on my 7D, but the downsampling of the image and resulting moire problem sometimes offset the buttery-smooth slow-mo. You just have to be mindful of what it is you’re shooting.

You can’t really complain though with what you get for under $2k. I can remember paying close to twice that for a Sony VX2000 almost 7 years ago for an image nowhere near as nice.

I really love this blog, especially those who talk about photography.

today i want to share a pictore of mine with you:

excuse for my bad english, and keep posting!

Man have you sent me down a rabbit hole. There goes my day.

This is great stuff. Thanks.

Cannon just released a plugin for FCP that lets you convert 5/7D footage into prores using the log and transfer tool.

the link to the plugin is near the bottom. I started using it recently and its very nice to not deal with compressor for the conversion.

Great write up on Stu, by the way, I’m also a huge fan of his.

you should def check his book out the DV rebels guide. it’s a great read and resource

Stu’s message is a great one for designers, photographers, and filmmakers alike:
if it doesn’t help tell your story, it probably doesn’t need to be in there.
Cheers!

Marc it does shoot 24p, but it’s also Motion JPEG codec and only 720p, with the worst jello I’ve seen.

Great write up Alex. It’s good to show these great filmmakers and teachers that the internet isn’t full of haters. Some of us are appreciative of the knowledge guys like Stu, Philip Bloom, and Shane Hurlbut deliver. Nice site btw.

Please also look into Philip Bloom – this guy has made many waves in the HDSLR world – http://philipbloom.co.uk/