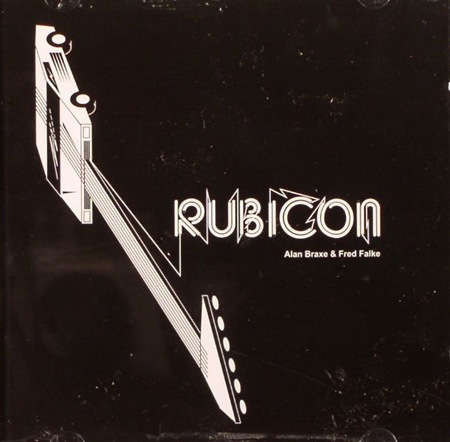 This would fit seamlessly into the Beverly Hills Cop soundtrack, or maybe Ghostbusters :-D

I like all things you do, i need some advices because a i am a designer from mexico but i want to show my work

I’m a big fan of your work, music and design. As a result I fell into the habit of reading your blog everyday (thanks google reader). I have to say, I love when you post music cause it never fails I at least look ’em up, and generally find something I enjoy.

and to get even further ‘off topic’… perhaps you have your reasons, but have you thought about switching your permalink structure from the standard p=1357 to the %postname%

as always, quite the unwavering fan.

Post up the video to this song too! It’s awesome!
http://youtube.com/watch?v=ftZmeM9mqNw

Addicted by Alan Braxe has the best bass line ever in a song.

Oh and Scott have you listened to the Kistune Maison compilations? Theyre really really good.

Rubicon was also featured on DJ Kicks: Erlend Oye which is a terrific album.

Really like this one too, immediately thought of Miami detective ’80´s scenarios.

By the way, whatever happened to the photoshop tricks category in the blog, did that idea die out, hibernate, overslept???

Oh, by he way, the song´s name is Testarossa Autodrive, by music artist Kavinsky, whose got some excellent music/ image retro 80’s work and a cool alter ego.

A blog that I think covers it very well is Akutoulovesyou (he linked to yours, so maybe you know him Scott?) http://blog.akutoulovesyou.com/ …also, his most recent post is about Muxtape, another very worthwhile link to check out if you haven’t yet!

I got into Alan Braxe when I heard his remix of Kelis – Bossy ….awesome track, like turning coal into a diamond haha

This track is totally tubular

got to be the funkiest songs i have heard this year..

This is not one delayed years 80… Well current super truth…!

Thanks Scott,I realy love your website and every works!

I’m not particularly into this genre of music but it’s good to see Kester Ave. was in the video. I used to live on that street! Go San Fernando Valley.