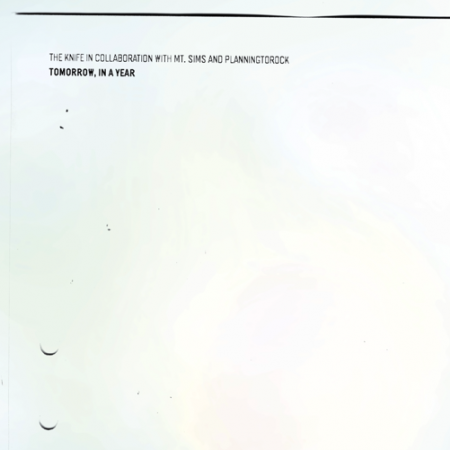 Weird … I have been jamming to Over Island multiple times this past week. Definitely a great nostalgic track.

The debut reissue is out now right? What’s different about the reissue from the original besides the awesome new cover art? … Are the tracks remastered or touched up?

That track by The Knife is absolutely massive. I’m drooling over Over Island as well :) thanks !

Wow i just cant wait for the The Knife ‘s new album. By the way you can get it free from The Knife website

Thanks to you i downloaded all remixes from Nosaj Thing, they are all crazy!

Loving Colouring of Pigeons by The Knife! Thanks for sharing!!

Over Island I think was on Go Hawaii. I used to blast this while driving in heavy snowstorms in upstate NY as a sort of counterpoint to the whole situation. Such gorgeous stuff, I could have sworn you guys were homies.

nice to see our friends avi buffalo and nosaj thing mentioned on your site.