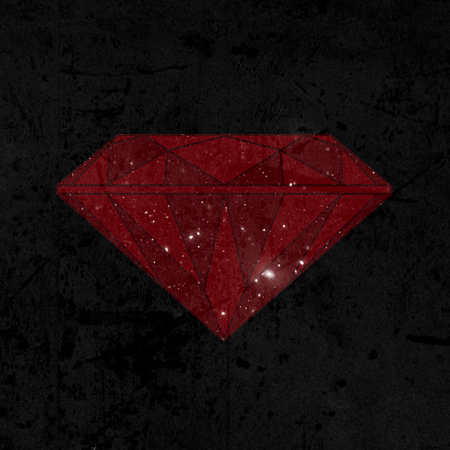 Mux Mool just dropped his new single this week called Lady Linda which features 2 tracks from his upcoming LP Skulltaste on Ghostly International coming to us in March 2010. If you like what he did for Adult Swim or his Drum EP then this track has a mixture of that with hints of fantasy video game music specifically Zelda for the Nintendo 64 with a hip hop wobble.

With Lusine’s recent remix of Tycho’s Coastal Brake becoming played so often here at home I decided I needed to up my back catalog of some of his older releases. I have so many favorite tracks of his but I felt Risa was a nice replacement for a 5 hour energy drink on this hectic Monday.

…okay get ready, this might be the rowdiest track i’ve ever posted on ISO50 but its soo soo good, it puts Diplo and MIA deeper in the old news section of Spin and Billboard. Sleigh Bells will take over Brooklyn any second now, I can already feel the rumbling.

Matias Aguayo had a great 2009, his label Cómeme is one of the more forward thinking labels that are taking chances out there. I looked at his style and I always think of Weekend At Bernie’s clothing and that color palette from the VHS cover art meets maybe what Ibiza was in the early 90’s maybe thats because the intro to this song reminds me of Pump Up The Jam by Technotronic.

I feel very dirty after listening to that Sleigh Bells track. But in the best way possible.

I’m sure one of the driving forces that makes Sleigh Bells so great is the vocalist.

Wow that Mux Mool song is sick!
I have been listening to Mux Mool/Mujuice for days now and i was looking for more. So thank you!

If it ain’t Tycho, it’s Lusine. I really like the new remix. Peanut butter cup.

When will Lady Linda be available? I am dying to get that single. There is a link on google for itunes but i get error saying the single doesnt exist :s

try this link, it should take you to all of Mux’s releases, Lady Linda should be in there: http://itunes.apple.com/us/artist/mux-mool/id161063179

Now it s not there :'( I tried the store us/fr/uk and i dont see it. I should mention that i am in france

Mux Mool EP is out tomorrow…

Thanks for the info. I cant wait!

I really dig the Sleigh Bells track apart from the fact that it feels a little bit repetitive to me. Most people who know I listen to a lot of minimal techno do a double take when I call something else repetitive but I think its because the little lead riff is so short and so incredibly dominating in the track, it weighs heavily on my ears for the entirety of the song.

If nothing else I’d love to hear some automation of SOMETHING on the lead to make it build and break a bit more and weave in and out of the vocal samples.

Also I don’t dig the distortion. Sick when distortion is used “cleanly” but this just sounds like someone playing the speakers too hard; an effect many people don’t seem to have any problem producing themselves.

Actually as a follow up I guess I could offer some more specific descriptions of what I’m talking about.

I’m hearing in my head some filters giving the track a bit more whoosh. I’m thinking it would be great if the lead were to have its highs and lows fade out over 4 bars somewhere in there to give the small speaker mid-range sound, then stop, and blow back into the full track for way more power and energy that it has right now, but seems to desire.

You could maybe augment that in a cool way if with that little break down twist, you were to make some kind of rhythmic hook to work in harmony with the synths. I’d love to hear some sort of slowed down record sound or a little stutter like Marcus Schössow likes to put in his tunes every 16 bars or so, to put a little hook before launching back into its entirety.

I don’t know. Maybe it’s not a good idea but the track sounds like it has tremendous potential to me, but I was disappointed that it didn’t seem to go anywhere from that.