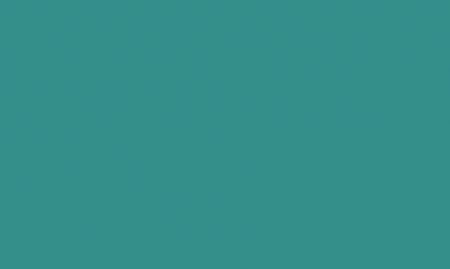 Pantone has just announced that PANTONE® 15-5519 Turquoise is the Color of the Year for 2010. I gather that they are predicting its heavy saturation throughout the fashion and interior design worlds, but I’m not entirely sure what “color of the year” is supposed mean. Besides gut feelings and casual observations, I’m not sure how on earth a color of the year would be chosen. Perhaps there is some magical color metric that I am not aware of. Personally I think the color of the year is grey but that might be a little too depressing for Pantone. Last year was yellow after all…

An interesting aspect of this story that I’ve been struggling with is which version of PANTONE® 15-5519 to trust when you come across it reblogged on the web. I’ve seen some pretty divergent interpretations of the color that are clearly the result of some wacky color profile. Even the one I’ve saved above looks a little darker than Pantone’s website to me. Anyway, you get the point, turquoise is the color of the year. Now paint your walls and buy a new shirt.

Combining the serene qualities of blue and the invigorating aspects of green, Turquoise evokes thoughts of soothing, tropical waters and a languorous, effective escape from the everyday troubles of the world, while at the same time restoring our sense of wellbeing.

For me the colour of the year is purple… anyway tho’ we’ll let Pantone have their fun as Ministry of Colour and tell us which is the one and only true colour for the year.

The thing on design week’s site is definitely not turquoise :)

Fak turquoise. I’ve met people before who say orange throws them off their game. Probably because I was wearing orange, a favorite color. But, yes, turquoise trips me up in aesthetic resistance. :(

Green however seems to be peaking now, probably thanks to the Copenhagen meeting taking place now.

Well, maybe lots of people will start using PANTONE® 15-5519 Turquoise precisely because it is the so-called “C of the Y”. Then, at the end of the year, Pantone will be victorious because their prediction was correct. But what really came first, Chicken or the Egg?

According to my s.o. who’s in the industry, this kind of color forecasting runs rampant in the fashion industry. Designers and producers big and small fall in line with whatever the fashion forecasters dole out each year as “this year’s color scheme”. It’s based on a myriad of trend indicators supposedly. I tend to read “trend indicators” as “corporate whims” but perhaps that’s overly cynical.

I can get with turquoise; why not? It sort of reminds me of the blue-green of sea water, which I like a lot. Plus turquoise jewelry ruled the 1970’s (the best decade ever) with an iron fist!

I never understand color trend discussion. I mean, this sort of turquoise-blue has been used heavily (and often paired with browns) since 2004 or so.

Official color forecasting is definitely legitimate, if not slightly behind the times.

The trickledown of color trends starts with home decor, then moves to fashion, and finally makes its way into graphic design (each is a wider market and a more temporal execution of the color).

A lot goes into what makes a color the next big color: shared experience of a population (heavily influenced by politics, economy, conditions); shared history of past trend cycles (what has been over-done, what hasn’t been done in a while, what juxtapositions haven’t been achieved yet); contemporary art & philosophical thought/trend.

For example, we’re currently in the post-modernist period, which includes a questioning of everything, particularly the notion of ‘progress’. Thus, in questioning ‘progress’, we continue to reject later trends as unsuccessful attempts and we return to a modernist vernacular of furniture, fashion, and design (mid-century modernism) as both an appreciation for past style and as a pseudo reset on post-modernism, re-starting from modernism and seeing where society will continue to develop now that we have continued ‘progress’ in technology.

Back to the issue of color though, the 2009 greige & mimosa combination was so ready to happen that it flashed on fashion runways at the same time as mass-market, cheap stores. It was passe before it even started selling.

Turquoise is a natural update to the blues we’ve been seeing since 2004. What started as a much more robin’s egg (pale, and almost baby blue) is now a richer and more vibrant turquoise.

Though I think it’s a little late, turquoise is an appropriate color for the year 2010, fitting in with our updated/experimental replay of modernism and a more mass-market approach to eco-friendliness (once EVERYONE is going green, you can’t design EVERYTHING ‘green’ anymore–it loses as a point of differentiation)

Agreed, though, that for me a good greige (grey / beige) is going to be hard to beat continuing into 2010.

This is actually one of my favorite colors (regardless of trends). Cool to see it picked. Although I am just as confused as you Scott on what the award really means.

this was the color of the year 1998 when it was used in every home as the default wallpaper color of Windows. No?

It’s funny, I remember that baby blue that Chris Williams was talking about. Particularly in the default color palette of Flash MX–I believe that was the right version.

I have reason to believe that most designers are lazy and are choosing colors that are dealt to them, thus creating a lot of color trends we see in graphic design.

I haven’t seen CS4 yet but I’m guessing there is or will be the “Turquoise Swatch of 2010”.

I have a friend that sat on the board that makes these choices. They stared at colors for 8 hours and make averages of the votes they make. He said he just started arbitrarily choosing colors after 4 hours. I can’t really see a point in making a prediction like this… Wonder if it really has any effect…?

That’s the color of my hallway bathroom.
Now I can take dumps with the assurance that my bathroom is #1.

Interesting choice, looks like a nice gradient of turquoise. It’s has a certain retro feel to it which why I think it fits this place perfectly.

Nonetheless the act of defining a color of the year for 2010 seem odd to me. Wonder what magic 8-ball they’ve been using at the Pantone office.

Ok guys, I get it. I know what the fellas at Pantone have been thinking. Go Green. I knew they would choose a hue with a lot of green content in it. But with the Copenhagen Earth Climate Summit turning out to be a miserable failure, this is just wishful thinking.