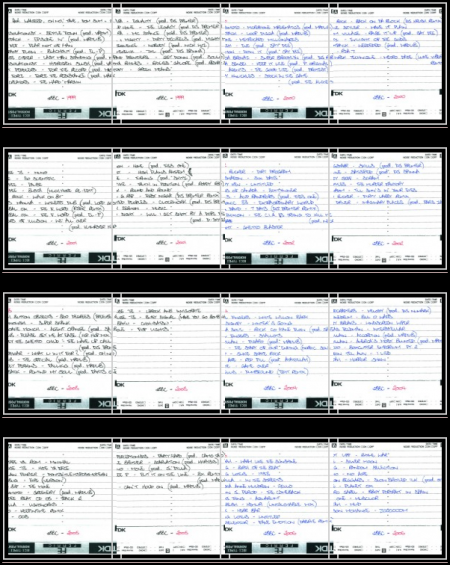 Probably one of the most educational mixes i’ve ever heard, this really lays out what has happened in Hip Hop in the last 10 years, call it Glitch Hop, Dubstep, Downbeat, Bass Music but its all just different forms of Hip Hop.

“2tall, Clockwork and Kper are very proud to let you know that our new mix, A Boom Bap Continuum, is now live. We’ve worked very hard on this for most of the year and we hope you will enjoy it as much as we did putting it together.

The mix features over 200 tracks by more than 50 producers all mixed, edited and mashed up in 80 minutes. The intention is simple: we wanted to highlight the lineage of hip-hop production and beat making from the turn of the millennium to the present day, and perhaps shed some light on the fairly quiet revolution that has been taking place under the surface of mainstream media in recent years.”

I love this … yes a history lesson. Nice one.

HAHA! I am hearing Boards of Canada, People under the stairs, and all sorts of great music mixed in there. This is interesting. Joaquim called it.

There’s also some School Of Seven Bells tucked away in there.

I love this website, the information is great and I have bookmarked it in my favorites. This is a well organized and informative website. Great Job!