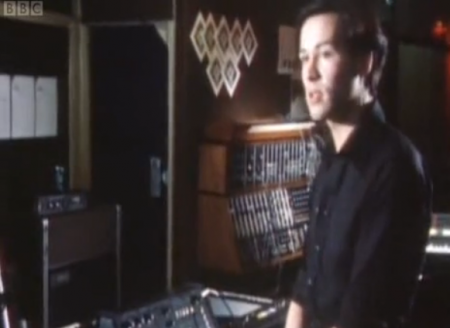 Man, the video was working last night, they must have pulled it! switched to youtube, fixed MP3, we’re back… thanks john

the first few notes in computer love are in a coldplay song so yea they musta ripped that off eh?

Anonymous-
It’s well documented, coldplay used that with permission. “Talk” is sort of known as a cover song. Life in Technicolor — the fist song on that same album — features work by synthesist Jon Hopkins: http://en.wikipedia.org/wiki/Jon_Hopkins

Such a cool documentary. Thanks for that, Sam!

YMO is the shit… check out their album Technodelic, it’s a bit more textured, industrial/kraut influenced stuff – more interesting then the straight up synth stuff i think

two tracks from the album up here:

John spits the truth. Yellow Magic Orchestra is totally swingin’ doors!! so glad I got a taste of this shit to start off my day

There is a Depeche Mode song, off Violator I think, that seems to have ripped off the Kraftwerk song. Or maybe they were just “inspired” by Kraftwerk.

Great stuff. Kinda ironic, we were just discussing a kraftwerk album this week in my history of graphic design course, the man machine album and how it references El Lissitzky.

If you are interested in the pioneers of synths check
the re-release of BERNARD SZAJNER : SOME DEATHS TAKE FOREVER (1980)
it’s released on cd for the first time on LTM records a few weeks back
BTW Mr Szajner is the man who has build that light-harp-synth-thing for J-M-Jarre (remember live in Houston?) and this album is one of Carl Craig favourite records of all time, that should do it :-)

sorry the reissue is on Boutique http://www.discogs.com/Bernard-Szajner-Some-Deaths-Take-Forever/release/1732383

Have you heard Flur’s solo album?

Good mp3 adds to the documentary, but Simple Minds had far better songs, especially in their early/before stadium Rock phase of their carreer.
As far as I know David Sylvian and Ryuichi Sakamoto made an album together. Must research and re-listen. YMO is important, but their influence on the british Electronic Pop or Synth Pop has been loose at that time.