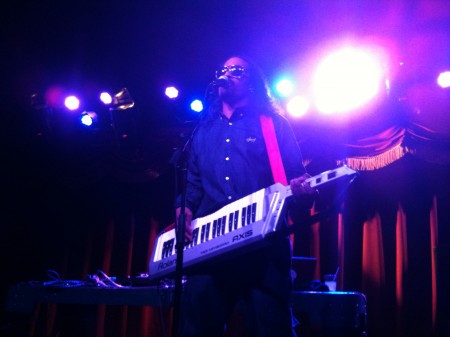 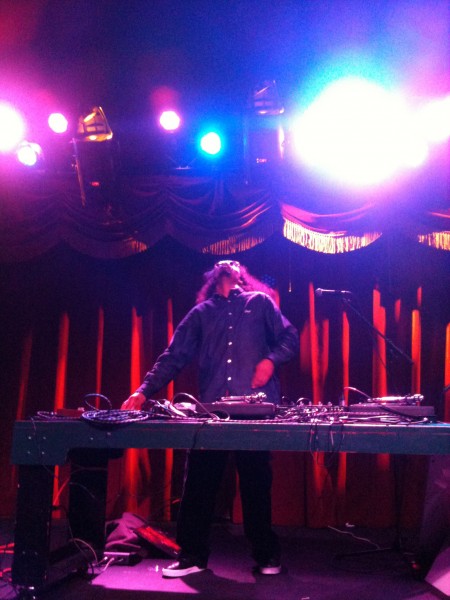 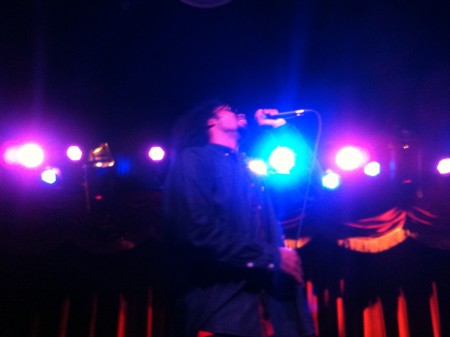 The heart of 2009’s year in the music scene has to go to the very passionate Dâm Funk, the man has stuck with west coast funk & boogie thru many years. I got to see him play last night and as he entertained I could tell he was born to do this and nothing else. I even asked for his autograph that’s how amazed I was by his presence and I even met Aziz Ansari[which I thought would of been the biggest and best thing 2 years ago] and saw Josh Hartnett[who I had no idea who he was until someone explained his career to me] the same night and didn’t ask anything from them.

A good amount of people that haven’t heard of him compared it to 2Pac but no matter what its compared to no one is going to play keytar 4 feet from your face and high five the crowd and ask them if they’re having a good night every 10 minutes. His LP Toeachizown is out now

Caught Dam funk here in Cork last Sunday night and I couldnt agree more. Totally into his performance and literally making everyone have a good time. And he was a total gent afterwards posing for pictures and generally just being a cool guy.

and yeah, the keytar was about 5 feet from the crowd!

check out some videos from the gig itself…

almost without fail every summer i get intensely addicted to an artist or 2 that i listen to almost daily throughout the whole summer.
dam funk was it this summer and i’m still addicted.
the fact he’s so honest, positive and humble just makes him that much more inspirational and easy to support.

for obvious reasons the similiarities to Tupac…well from track above…is not ago. However, you do feel and hear the WestCoast vibe intermixes and grooves of realness…I like it…I like alot!

uh, the tupac thing is totally lost on me.
how are they in any way similar?