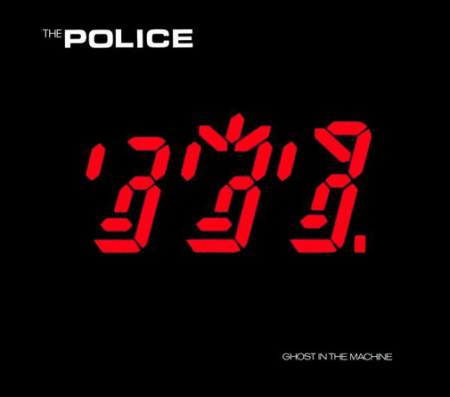 The Police are the , esp. pre-80’s. That cover is still an all time great too.

uh yeah….Little Dragon basically rules. Yukimi Nagano is all over the scandanavian scene, and has the best voice around. probably more famous for her work with Koop (Summer Sun). Her songs with Hird and Swell Session are equally as awesome tho. definitely go get anything she’s ever sung on this instant….

I asked my co-worker her age when the Police broke up (-1… same as me), and then asked what songs they did… apparently “YMCA”. Honest answer. And she’ll probably read this comment when she checks your site tomorrow… Hi Leah!

Jakub I agree, The Police are definetly a sublime sound…more that a drinking game band thats for sure check out this footage of Hole in my life @ Hadfield Polytechnic circa 79′ . This tune was not one of their more popular but I think live its wicked! http://www.youtube.com/watch?v=CC53BLnU7Tw

I was born in 80, so I didn’t pay much attention to The Police. But I grew to love Sting in high school and college, which introduced me to The Police. There is no doubt they are an amazing band. One of those which will be talked about for generations.

theyre my favourite as well. i always get the looks of surprise when i tell people that.

thanks for this version of shelter… ; )

The XX! Them Jeans edit is sick! One of my favorites

Loving the new Little Dragon album! Check out the track Place To Belong on their self titled album. It’s easily one of my favourite songs. Amazing on a cold wet English winter evening.

I could never fully get into the Police. I grew up listening to Vangelis and Ray Lynch. Then I got into bagpiping for a long time. Seriously. I even had a short stint with smooth jazz in 7-8th grades. I feel like I’m at an some AA meeting for music… sharing my dark musical secrets.

But that Taken By Trees track is great. I find it funny they changed it to My Boys. I’d say this is the cutest thing to ever be posted here.

I heard an interesting interview with miss Bergsman (Taken by trees) about the recording of the new album. Apparently they went to Afghanistan to record it with some local musicians and singers. Turned out pretty funky, i esp dig “Watching the waves”.

I have been following this blog for quite sometime now, I’m not young nor do I feel old but I was lucky enough to have a firiend who’s dad worked as a promoter in Montreal. I was lucky enough to attend the Police Live at the Spectrum, sadly the building was destroyed last year. I actually show up on the VHS recorded show, its a great video to check out. We had a crush on the Burka clad back up signers.

This happened just after the Police Piknic tour, kind of the beginning of the megatours. That year the talking heads had done a 50 50 show with the police in pure outdoor bliss, we are talking Byrne having seisures with his fat suit during burning down the house. It was a concert to remember !