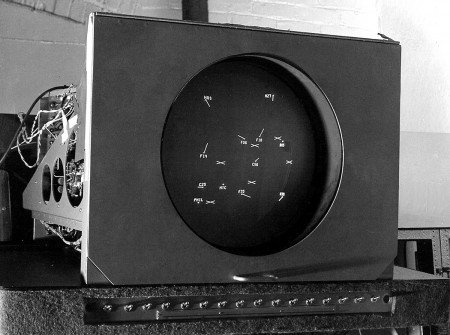 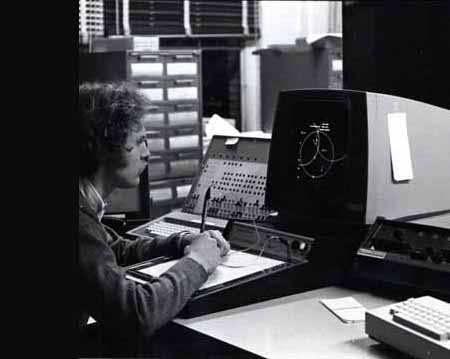 Wow…This is my first time seeing Ivan Sutherland’s Sketchpad and I am stunned. This program/device seems like a very responsive system. I love the way the lines look on the window. It is amazing to see how much technology has advanced.

I hope Apple is just keeping their plans secret to just blow our minds in the next 5 years.

The funny thing is that it’s actually so much more functional than Illustrator in terms of precise creation of vector shapes. Also bear in mind that this is effectively the first example of object oriented programming. Such an influential program.

This shit is wild!
I cant believe they could do that back then!
Is this real?
Did they have the computing power for “Sketchpad figures out & solve the problem”?
Dopeness!

wow, that’s so impressive for the time. truly amazing.

Another thing you may be interested in adding is “the Mother of All Demos” in 1968 by Douglas Engelbart. The demo featured the first computer mouse the public had ever seen, as well as introducing interactive text, video conferencing, teleconferencing, email, and hypertext.

true that. @scott “I want my Minority Report screen asap”

the only reason microsoft is the forerunner is because they needed to look impressive after the iPhone came out 2 years ago. I have a feeling ms will continue keep the hype up until apple comes out some drop dead sexy system/interface in the years to come. I mean for real, you just know apple has been tinkerin’ with that new system for years now…

Hey, this reminds me those days at school. Thank you :-)

Getting things like that in tape is good to remind people that today’s technology applications are nothing more than a “rescaled compendium” of yesterday cutting edge academic knowledge. That’s the way things will happen again tomorrow. Thanks for passing it along.
{ VISION / DEMAND / KNOWLEDGE / APPLICATION }